Camden McLellan discusses the decision to focus on the 250cc 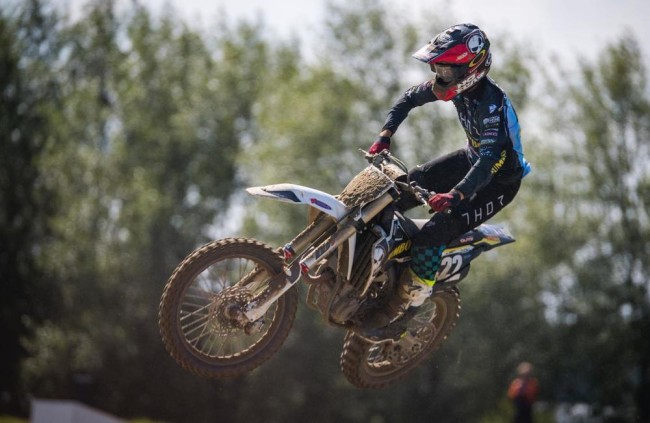 There’s no doubt about it, Camden McLellan was one of the favourites for the EMX125 title but the season didn’t start as he’d have hoped and the South African has decided to make the full time switch to the 250cc.

We decided to catch up with McLellan to discuss the start of his season and the decision to make the move to the 250cc for the rest of the season.

McLellan: Matterley was honestly nothing but a disappointment in all aspects of the weekend. I had bad luck in qualifying then a start crash ruined my whole weekend because of pain in my back. What that did for me mentally really wasn’t good, and it took a while for me to come right again after that.

On doing some 250cc races at the start of the season..

McLellan: I had a bit of experience already on the 250cc from the South African days, and the plan was always to get onto a 250cc sometime this year for the physical side of things and to get ready for next year on the 250cc. I’m a big guy though and my weight was holding me back a little on the 125cc, then when I got onto the 250cc I felt much more efficient and smoother and everyone could see that, and it was then like a 50/50 chance that maybe it is a good idea to stay on the bike and leave the 125cc for good. We did a few races on it just for some experience and track time and every bit of time I spent on the bike I was taking leaps and learning and getting so much better, and that also hinted as a strong point as to why it might be better to stay in the 250cc. 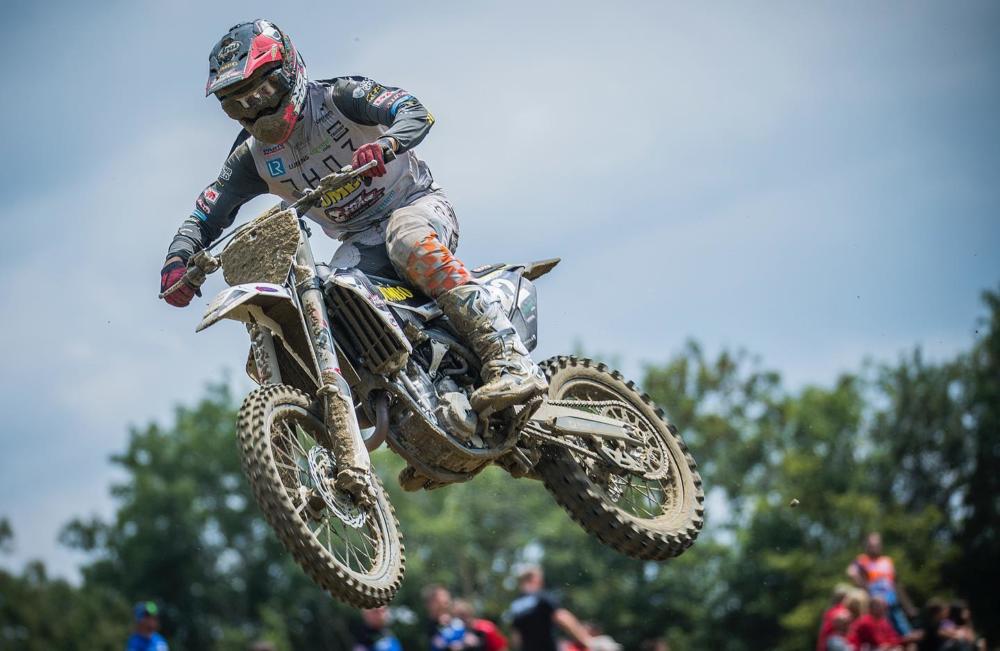 McLellan getting to grips with the 250cc! Pic: Huub Munsters Fotografie

On the difference between the two bikes..

McLellan: I am unfortunately and fortunately a guy who rides, and literally just rides and feels barely any changes/differences on the bike when something is done to the bike. I feel almost no difference on the bikes to be honest other than some engine breaking and bottom end power, but other than that to me it’s just another bike to get on and ride and that’s what I love to do (laughs).

On racing the EMX250 series in Latvia..

McLellan: Before Latvia I had done 2 races on the 250cc and had honestly not that many hours on the bike. They were both pretty mediocre, nothing special at all, but my speed was really good and I had no problem going hard the whole race. From the first race to the second I made a huge leap in a lot of areas, but mentally I was in such a different place on the gate, and so happy to just be there, it felt just like when I was a kid a few years back. Going into Latvia I was happy and more ready for a race than I had been in a long time I feel and the results definitely showed, and again it only got better and better.

On his expectations for the rest of the EMX250 series..

McLellan: I have actually no expectations in terms of results for the EMX250 this year. I have to focus more on gaining experience and being the best I can possibly be in all areas, and then maybe towards the end of the year results will be more important. Obviously though, I’m never happy after a bad race and those top 10/just outside of top 5 finishes felt good, so I wouldn’t mind a few more of those (laughs).