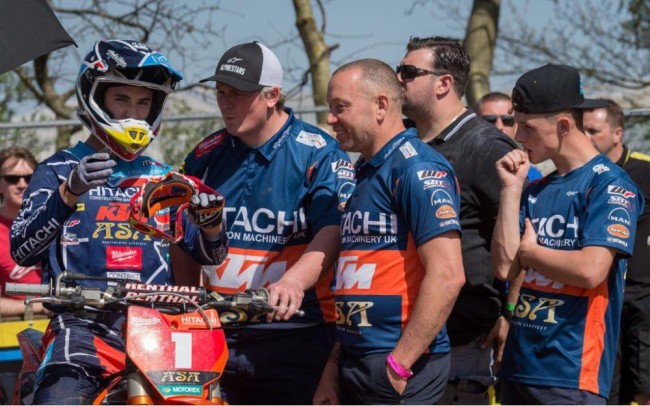 During his last year as a professional Motocross rider, Graeme Irwin raced the MXGP World Championship for the Hitachi KTM Fuelled by Milwaukee team.

Irwin worked closely with Bryan Connolly who joined the team to become his mechanic. After Irwin’s professional motocross retirement and some team structure changes, Connolly is now managing the team.

Connolly looks back on his time working with Irwin with fund memories as he was one of his favourite riders to have ever worked with.

“To be honest working with Graeme was really good. He’s one of the nicest guys and probably one of the favourite riders I’ve worked with just because he’s charismatic and his attitude. He’s happy, go lucky but when he needs to be serious, he is serious”.

“The thing is with Graeme, he needed guided a little bit but as a rider he always gave you 110%. He was a fighter no matter the circumstances and that year he had quite a lot of injuries. He had the burns, he hurt his back and there was a lot of things that people don’t know that went on behind the scenes with Graeme but he still gives you 100% on the track, he was pretty easy to work with”.

Since stepping away from the sport due to injury, Irwin has decided to join his Brothers, Glenn and Andrew at short circuit racing so you’ll be able to see him racing British Superbikes in 2021 in what will be his second season in the class.