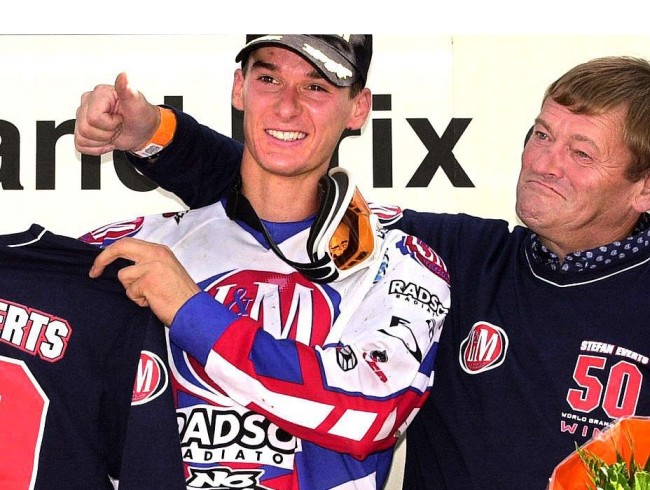 Stefan Everts grew up watching Joel Robert and has admitted he was his idol. Sadly, the Belgian passed away last week aged 77.

Stefan Everts had lovely words for a rider he clearly looked up too and he got to know very well.

“Last time you wrote for me was about my retirement. Now I am writing for you, but now to say farewell to you my friend, Joël! You have always had a major influence on my career, but also on my dad’s. The times we spent together during MXN were always fun. Your charisma has always been impressive to me. Loved listening to your old stories from the past. How you travelled non-stop to Russia for 5 days to go and win your world title. And then to celebrate your victory on that same train back home to Belgium. How you went riding with Steve Mc Queen on Thanksgiving. I will miss your telephone call on my birthday, 25/11 and I always finished our call with “thanks, JR I will talk to you tomorrow” for wishing you also a good birthday on the 26th”.

“You won your last title in 1972. I sat on your lap when I was a baby. Years later you became my biggest motivation to break your records. When I won my 50th GP victory you predicted that I would win 100 GP’s one day… you were right!! After we won MXN in 1997, I told you my dream was to break your record of 6 World Championships. You promised me you’d be there, the day I would win 7 titles and we’ have a glass of champagne together. You were there!! That day you predicted I would win 10 title’s…. you were right again!! You had a big heart, you had great sense of humour, you had the most beautiful autograph that I’ve ever seen, you never broke a bone, you had the best stories and I could keep going on… JR? You will stay in our hearts and memories for ever”!