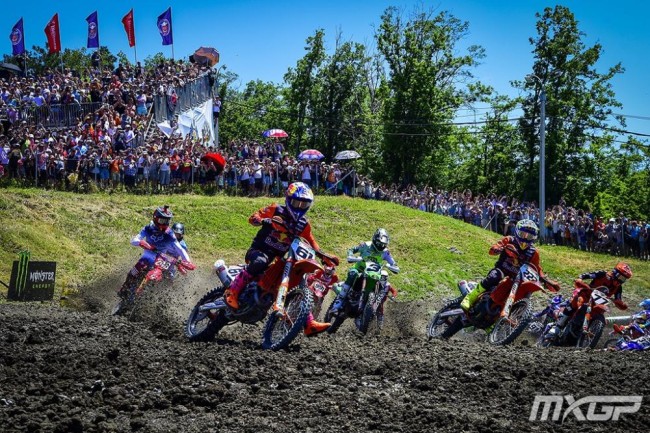 What a way to start the season for Tim Gajser, it was just a masterclass. It was the MXGP World Champion’s twenty-seventh GP overall win and it might have been his most impressive – he was that good!  In the opening race he was super aggressive on the opening lap to force his way into the lead and from that he never looked back winning by a margin of nearly seventeen seconds! 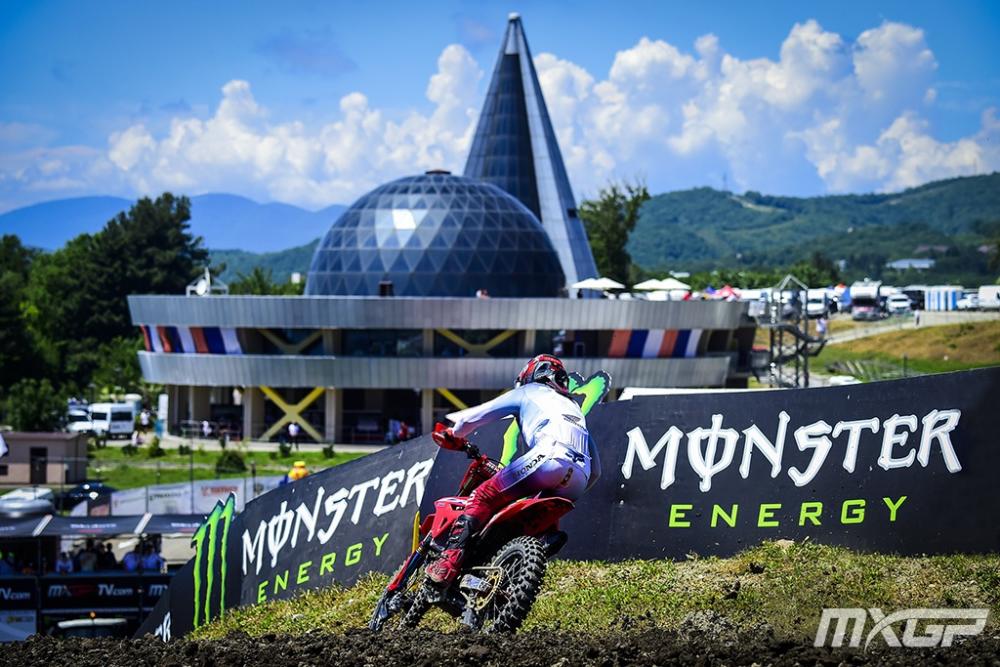 In race two, it went wrong for Gajser at the start and as a result he was outside the top twenty but he showed just how fast is he in the slick hard pack and quite sketchy conditions. By the end of the first lap he was already up to ninth which is just incredible – that’s not supposed to be possible in MXGP with the depth and quality of the class. After passing the likes of Seewer, Herlings and Jonass he was into second by lap six. On a charge he then cut down the gap to Cairoli and passed him on lap twelve to take him a superb victory. The speed Gajser was carrying was phenomenal and he’s really laid down a marker by starting the season in style. If he can bring this speed to the rest of the conditions, he’ll be a hard man to stop.

After not racing a Grand Prix since his injury at Faenza last year, all in all it was a good GP for Jeffrey Herlings. He might not be firing on all cylinders yet but in the first moto after a bad start he looked to ride smart and sensible to bring home a solid fourth. In the second moto he pulled a holeshot out of the bag which is quite rare for the 2018 MXGP World Champ but on the second lap he washed the front and dropped back to fourth. In the end he battled through to second but didn’t have anything to challenge Gajser. 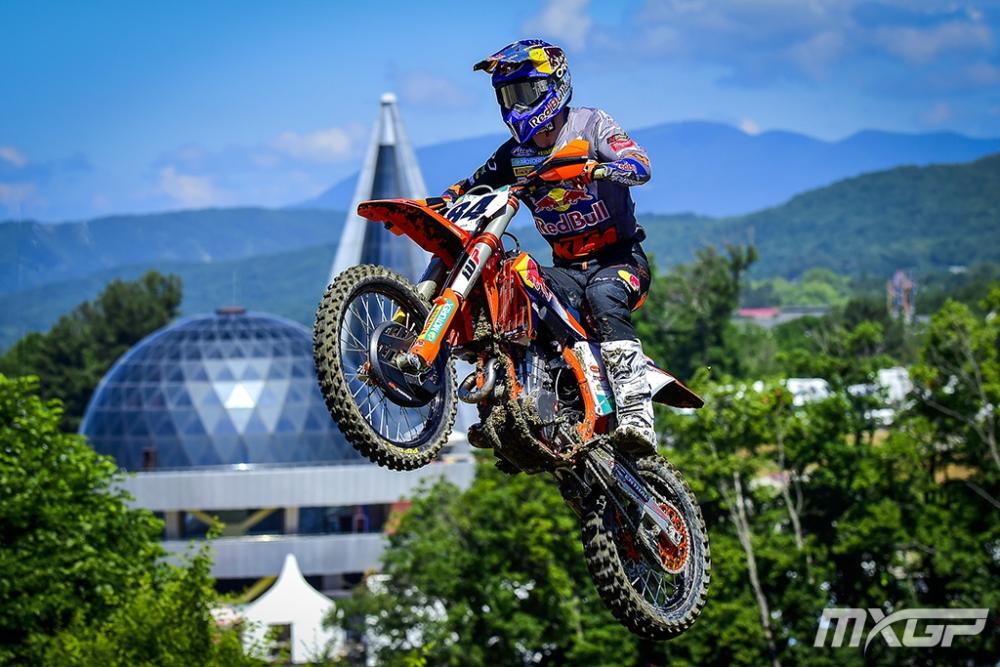 Considering he’s not yet 100% he should be happy with his start to the season as he’s already gained points on championship rivals Cairoli and Prado. The one worry might be the way Gajser won it but at a track Herlings doesn’t particularly like, the gap should be closer at different kind of tracks – roll on Matterley Basin for round two.

After a terrible start to the season for Romain Febvre last year meaning he couldn’t even race the opening round he’ll be happy to walk away with a podium from round one this year and his starts weren’t particularly that good. In race one he was sixth at the end of the first lap but he put the hammer down at a technical and slick track which is just to his liking to come home in an excellent second. 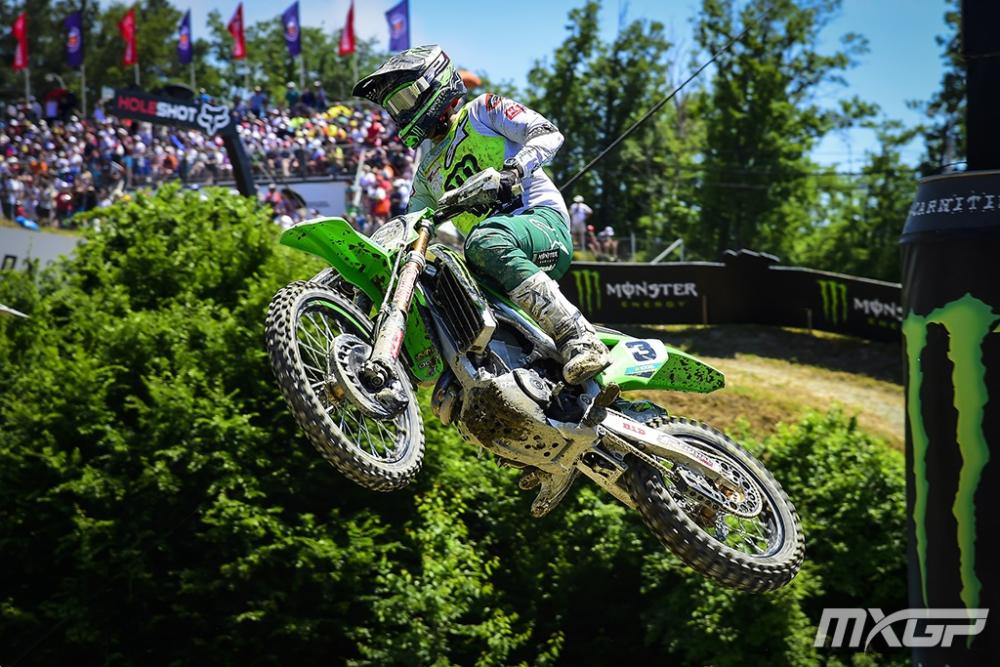 In race two, the French talent was in a strong third trying to pass Jonass when a misjudgment seen him come together with the Latvian and lose a tonne of time. After dropping down to eleventh he rode well to come back up to sixth to salvage a podium with third overall. There’s no doubting Febvre has speed to run at the very front but he needs to improve his starts and minimize his mistakes.

What a weekend it was for Alessandro Lupino at a track clearly very much to his liking. Although having said that he did suffer a big injury in Russia back in 2019.  The Marchetti KTM rider looked very comfortable all weekend and looks at home on the KTM already which is very positive. In the end he just missed out a podium as 5-4 in the moto’s secured fourth overall but in such a stacked field of talent it’s a superb start to the season for the Italian. 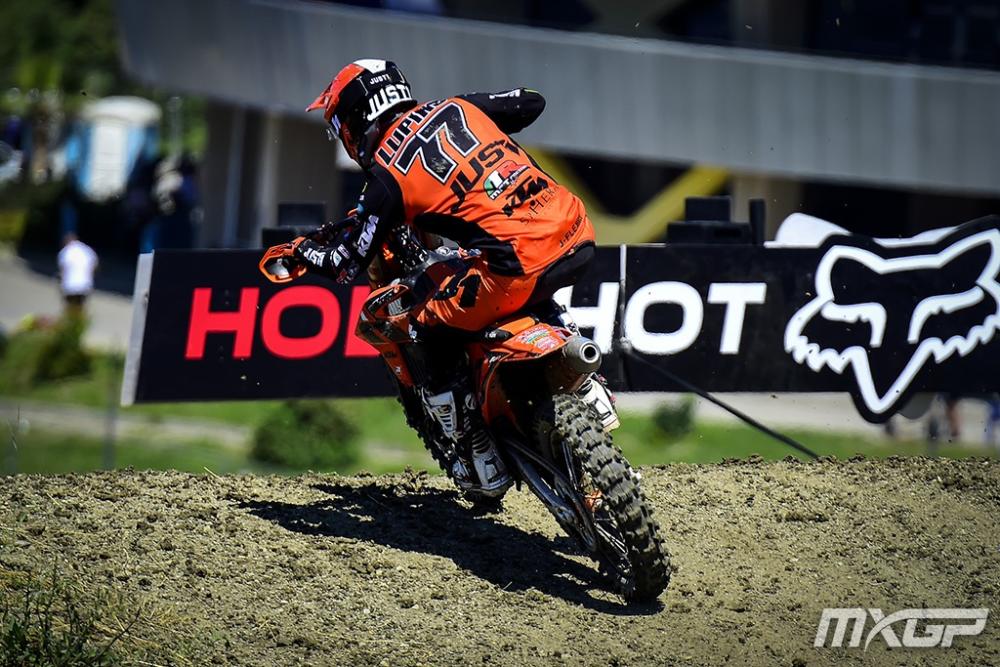 It’s been well over a year since Pauls Jonass raced an MXGP event and after deciding against contesting any pre-season races there’s no doubt that the former MX2 World Champion would have been race rusty coming into the weekend. It was a great start to the weekend because he set the fifth quickest time in qualifying to show he had the pace.

Unfortunately, in the first moto the Standing Construct Gas Gas rider got tagged around the first corner which left him dead last. He did rejoin the race but was forced to pull in after six laps due to a fuel tank issue. It turned out to be a great decision as after a great start in moto two, Jonass reminded us all of his talents. He had no problem running at the front and ended up third despite being race rusty so in theory he should only continue to improve. Despite the DNF in race one he still ended up a solid eighth overall but he clearly had the speed for a top five result on the day.

The SDM Factory-Beta team made their anticipated MXGP debut in Russia and isn’t it great to see a new manufacture in the paddock – great news for the sport. The experienced Jeremy Van Horebeek had a very solid day on his Beta and should be happy with this as a starting point. 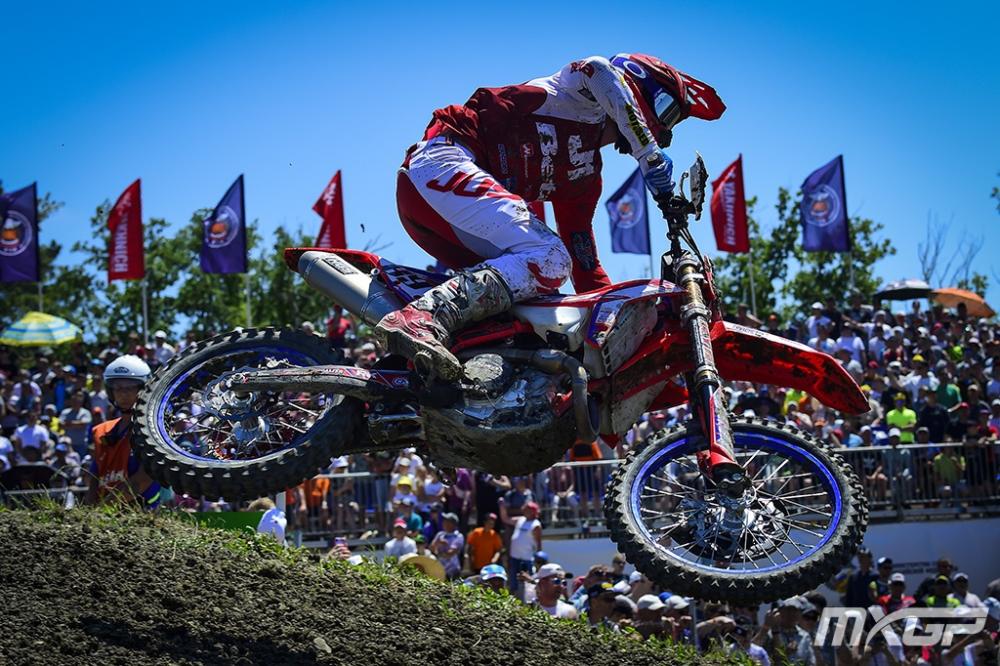 In race one, #89 didn’t get a good start buried in sixteenth but he battled hard to come home in a solid eleventh. Race two was a similar affair as he came from fifteenth to another eleventh. The early signs show that starts are possibly a weak area at the moment but if he can figure those out he can towards the front. Ninth overall for the Beta is a very encouraging start.

After being able to secure a GP ride coming into the 2020 season,  Brent van Doninck had the opportunity to race the last three GP’s with the Gebben Van Venrooy Yamaha team and he impressed so he’s landed the ride for this year. It looks like a good decision for both parties too as van Doninck looks pretty rapid on the 450cc. In race one he came from eleventh to seventh in what was a brilliant ride – it’s nice to see him remind us of his potential.

In the second moto he was buried down in twentieth after a poor start but he’d worked hard to get back to thirteenth which would have been a very good recovery ride. However, with four laps to go he made a mistake dropping him down to seventeenth but nevertheless he can be happy with his speed. Thirteenth overall at a a slick hard pack track is a pretty good start to the season.

A shout out to the warrior that is Antonio Cairoli – it might not have been the result he’d have wanted but at 35 years old to have that speed is truly something special. If it wasn’t for that crash in moto two he had a podium in the bag. A real shame but he’s showed just how fast he still is.

Another shout out to Thomas-Kjer Olsen as he impressed on his MXGP debut. The Factory Husqvarna rider went under the radar but to get sixth overall on his MXGP debut is very encouraging. The Dane should only continue to improve as the season progresses. 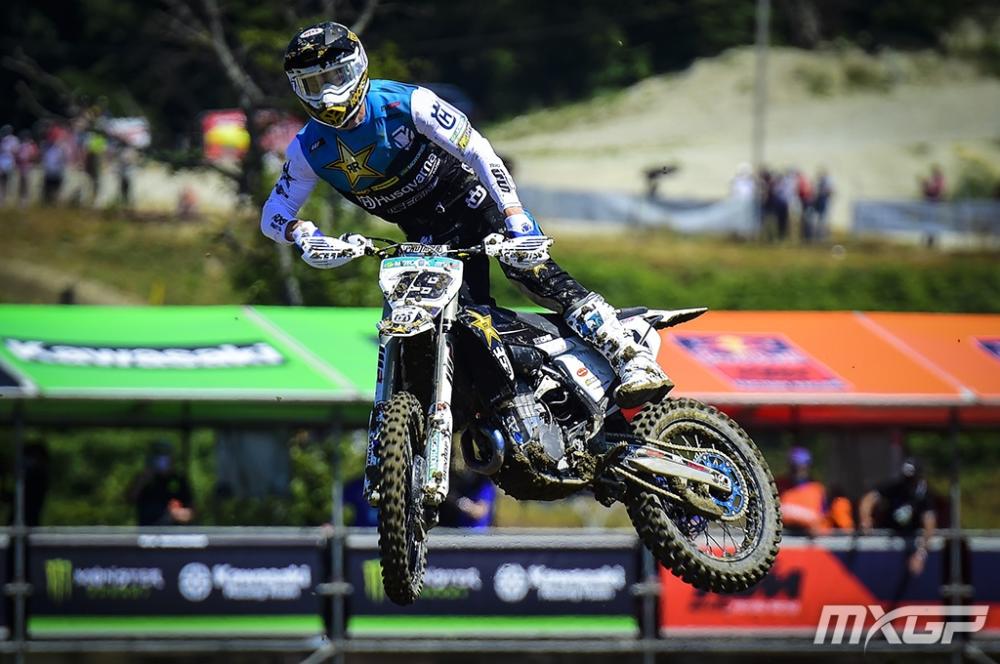