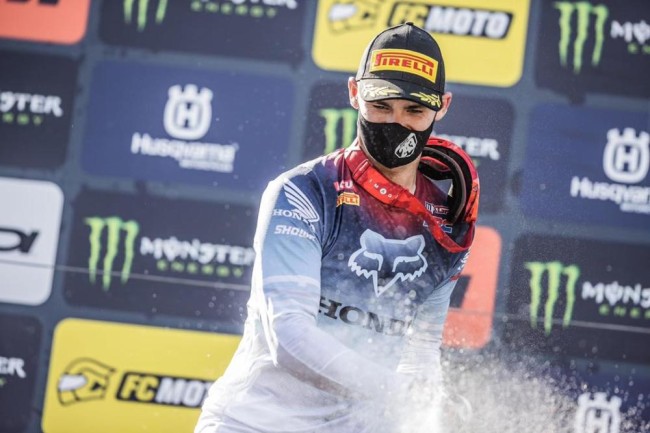 Tim Gajser could have passed people in a revolving door such was his impatience to wait combined with smart, incisive moves to get to the front as quickly as possible in both motos in Russia in a truly superb performance by the defending world champion.

Check out moto one that saw Gajser on a first lap mission slamming into Cairoli in the left hander, Cairoli then tried to respond by cutting Gajser off up the hill – but he didn’t get there on time as the Honda rider went from third to first in one move! In moto two below Gajser set the 2021 season alight in a blistering ride through the field demonstrating some amazing corner speed, especially when it came to passing Prado and Herlings. Tim has set the standard that everyone else has to rise to if they want to be world champion in 2021.

Replay⏪Take a look at the start of the first MXGP race yesterday, that saw Jorge Prado grab the first #FoxHoleshot of the season, while Tim Gajser made a quick move into the lead! 🚀#MXGPOrlyonok #MXGP #Motocross pic.twitter.com/bCsTppAsWp

Replay ⏪Tim Gajser made quite a few passes to get back from outside the top 20 to win the second MXGP race… Check out some of those moments in this video! 🎥💪🏆#MXGPOrlyonok #MXGP #Motocross pic.twitter.com/93SPn8Suoc