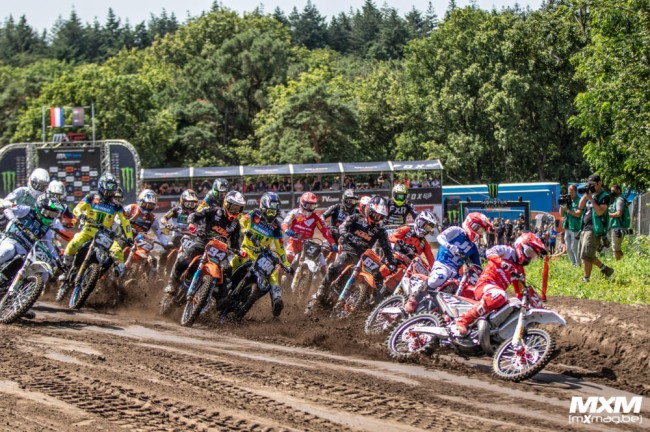 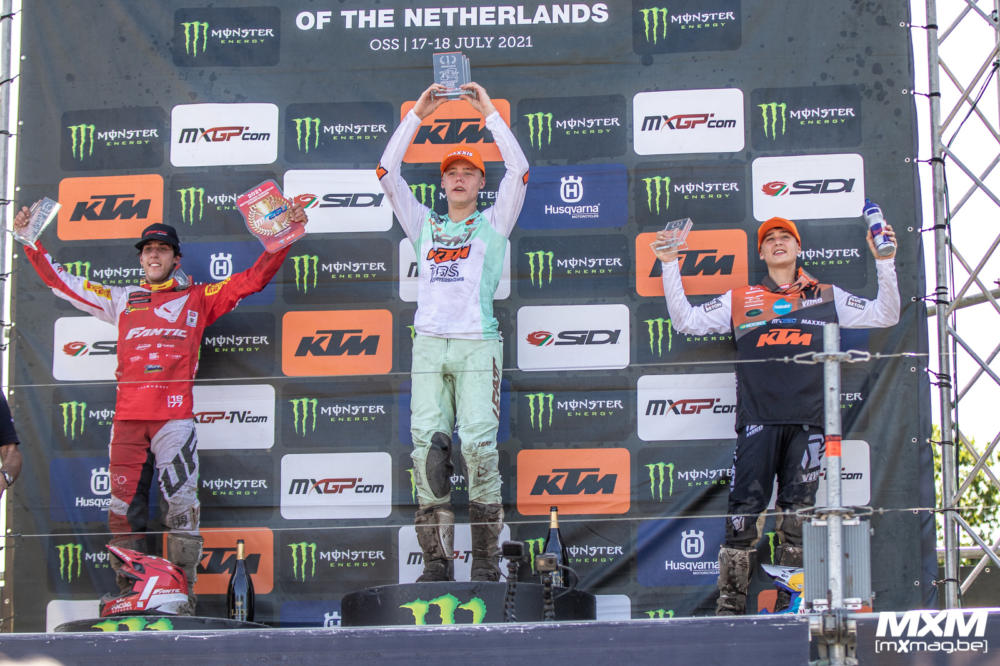 Elzinga rode brilliantly well all day and looked comfortable with the rough sandy Oss circuit. Recently, he has been struggling with a sickness but coming into Oss he was able to train normal for two weeks and it’s already made a difference. The TBS-Conversion KTM rider will be hoping the sickness is now well and truly behind him so he can be a consistent front runner in the EMX250 series. Once a front runner in the EMX150 class, it’s nice to see Elzinga show his true potential after a few difficult years through injury.

Almost! Liam Everts was so close to taking his first EMX250 moto win but on the final lap made a mistake which saw Elzinga pounce. However, the Belgian rode really well all weekend and went 5-2 for third overall to take the first EMX250 podium of his career. It’s a tough class with lots of talented riders and despite it being Everts first full season in the class he’s clearly a fast learner. 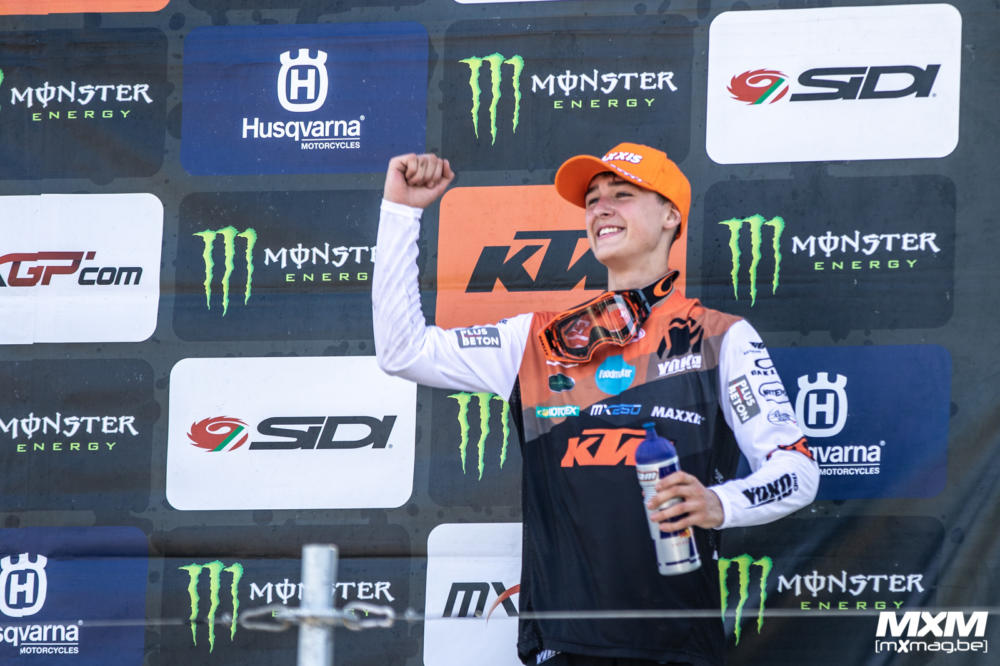 Everts has a great technical style and when the track is at it’s roughest that is when he tends to excel. Nerves probably got the better off him in moto two but he’ll be able to learn from this in the future. With Lommel up next in the EMX250 series don’t be surprised to see him running at the front there – it’s a track he learnt how to ride!

Another EMX250 rookie! Last year Andrea Bonacorsi won the EMX125 title which means there’s expectations coming into the season even though he’s a rookie. The Italian looks really comfortable on the 250cc and looks to be riding really smooth and well within himself. 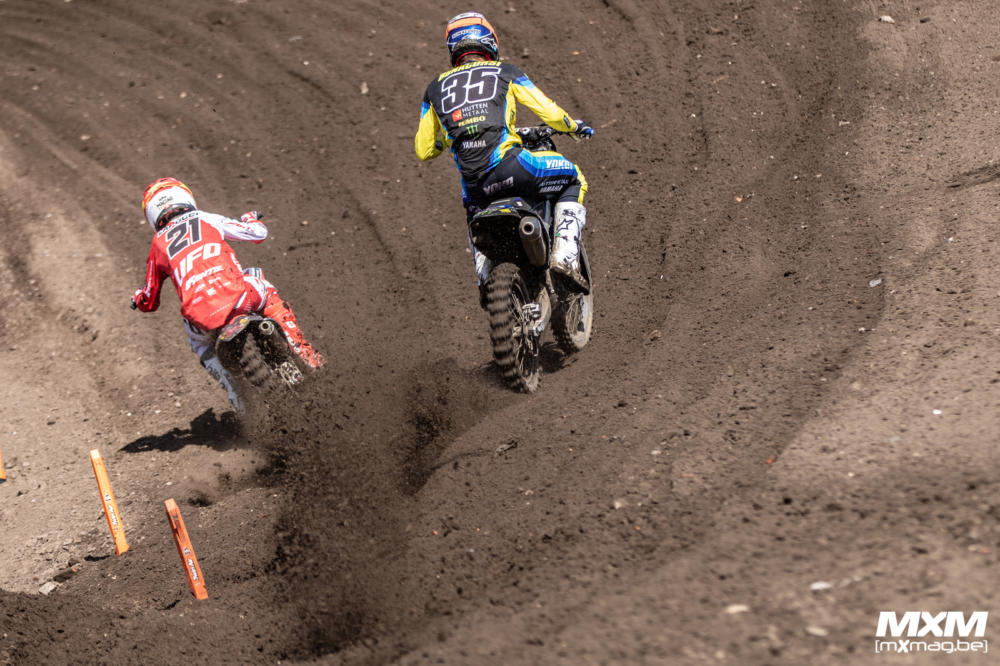 The Hutten Metaal Yamaha rider went 4-4 for fourth overall just missing out of the podium but he’s been super consistent at the opening two rounds which sees him third in the championship standings. The next step for Bonacorsi will be to get on the podium – he has a lot of potential for the future so keep an eye on him.

The EMX250 series is stacked full of talent and Dave Kooiker decided to make the move up to the class at a pretty early stage of his career – he could have quite easily stayed in the EMX125 series last year. The Dutch talent has been learning and had a really good day at Oss going 6-6 in the moto’s for sixth overall, this could be a result that kicks start his career. 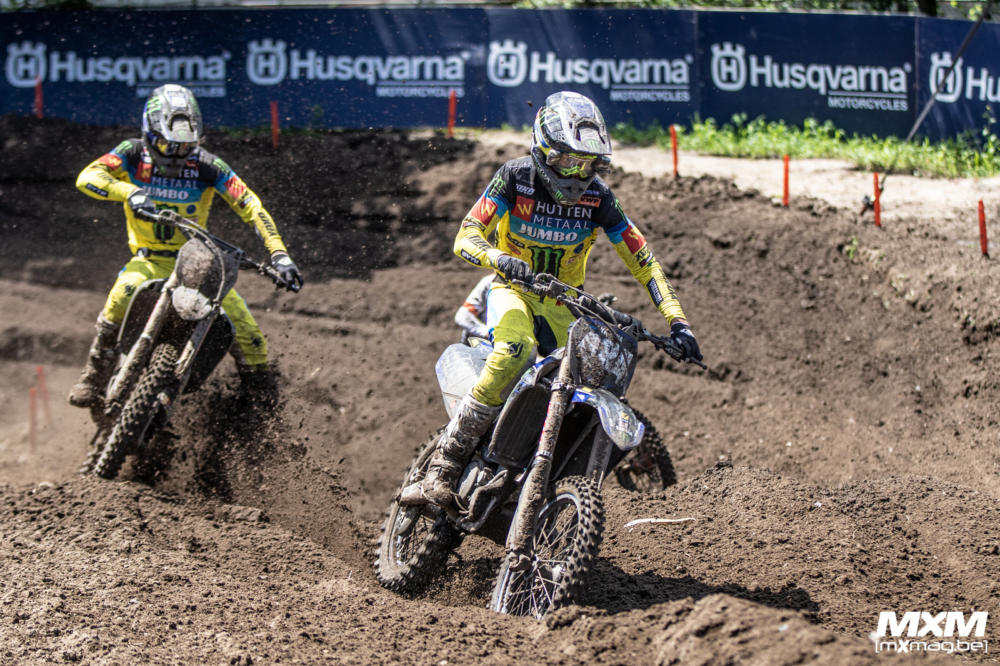 Kooiker clearly has a lot of talent, has a lovely technique and suits the sand but perhaps in the past hasn’t had that aggression required to run at the front of the EMX250 series so it was nice to see him at the sharp end. The Hutten Metaal Yamaha team would have been happy to have two riders in the top six at the second round of the series and will be hoping these kind of results can continue. With Lommel up next, Kooiker will be looking to bring the same speed and level of performance there.

After starting the season so strongly at Matterley Basin, round two of the series presented a different challenge for Yago Martinez. The Spanish talent isn’t know for his sand riding and whilst Oss wasn’t a really deep sand track it was still very bumpy, rough and a challenging circuit.

Martinez didn’t let the track faze him and rode really well to go 8-8 in the moto’s for seventh overall at the day. A perfect result for Martinez in the sand, they’re the kind of results that will help him in terms of the championship. The VRT KTM rider thinks he can get on the podium in hard pack and after showing that Matterley Basin was no fluke, there’s no reason why we can’t see him on the box at a hard pack track.

Podcast alert!
We discuss a packed weekend of racing from the Oss MXGP including Herlings getting landed on, Geerts and De Wolf starring in MX2, Everts getting his first EMX250 podium plus Roczen’s impressive second moto win at Millville!

MXGP from 23 seconds in