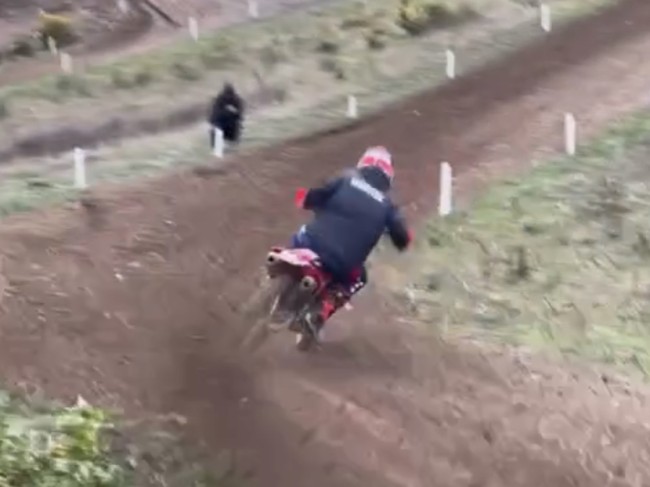 Tommy Searle has released some footage of himself back riding a 250 for some fun whilte testing his 450 Honda in preparation for the new season and the Brit who excelled on the wee bike, looked at home on the 250 Honda and having a lot of fun ringing it’s neck!

In some ways the current age rule has been a success in bringing all the top guys in one class but there is no doubt Searle was superb on the smaller machine. You have to think if the U23 rule wasn’t there in MX2 he could well still be a GP rider and possibly a world champ like his former mentor Jamie Dobb, who was able to go back to the 125 class later in his career to win a world championship in 2001.

See Searle back testing on the 450 Crendon Honda below: