Video: Ruben Fernandez crashes out of the lead 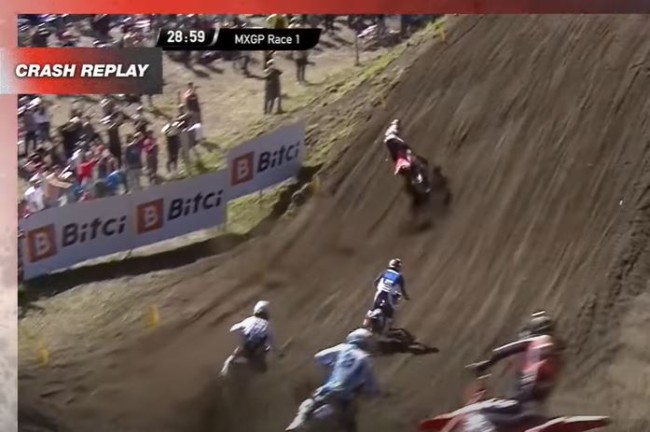 Ruben Fernandez got his first experience leading an MXGP race in Argentina but it was short lived as he took a big crash which you can see below:

The Spaniard bounced back in race two though to pass Jorge Prado for third on the last lap which was very impressive.

“My weekend was a little bit up and down. I had a big crash when I was leading the first moto. I tried hard to come back but I could only make it to 15th at the finish. In the second moto I had a good start again and had a couple of battles in the race. I worked hard until the finish line and made a last-lap pass to make it into third place which is my best MXGP finish. I’m happy with that, but just a little bit unhappy with the first race. It is what it is and we’ll work towards removing mistakes in the next races so we’ll all learnt from this”, Fernandez stated in a Honda press release.