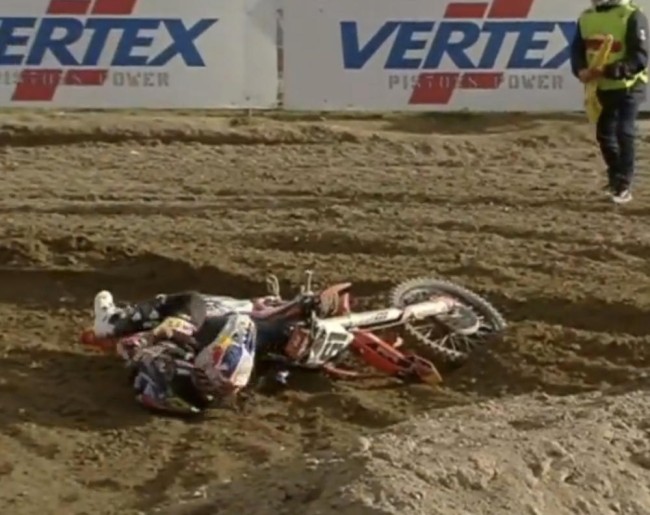 Jorge Prado looked like he was ready to win the Superfinal with a pass on Romain Febvre until he slid out and injured his leg while making the move for the lead!

Prado had gated second but got pushed out of the way by an aggressive Lapucci but the Spaniard didn’t panic and made his way by Lapucci eight minutes in then shadowed Febvre before making the ill-fated move that left Febvre shaking his head.

Prado stayed down for a while but eventually hobbled off to the side of the track. Let’s hope it’s not too serious for the two-time MX2 world champ who has looked brilliant in these pre-season races.