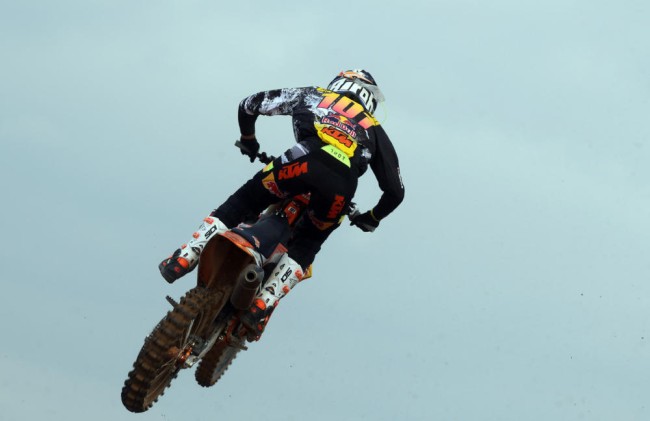 Mattia Guadagnini has had an eventful first couple of races on the Red Bull KTM at the Italian championship with a couple of crashes but the underlying take-away is that his raw speed is on point!

The Italian is undeniably fast and exciting to watch plus he has shown in the Italian races he can run up front with Geerts and come through the pack when he has too. With the MXGP season not starting until the end of May, Mattia has plenty of time to polish off the rough edges that the enthusiasm of being a factory rider for the arguably the most sought after team in the MXGP world championship paddock brings.

But with good people around him, KTM might just have found themselves another star to go alongside Prado and Hofer in MX2. See Guadagnini in action at Riola in a nice edit of the Red Bull KTM rookie at his debut race: