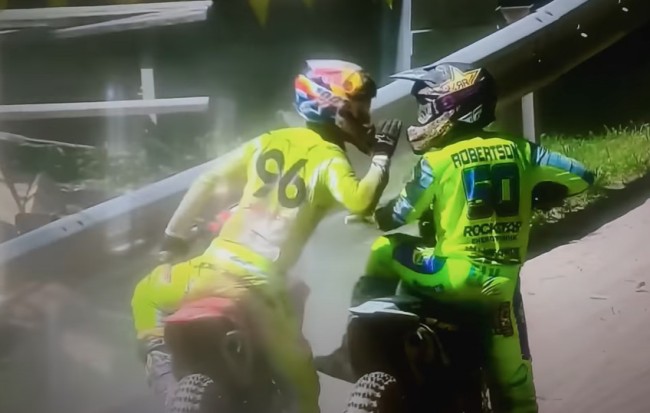 See how heated Hunter Lawrence got with Stilez Robertson after race one when the duo came together during the moto and left Lawrence on the ground. Hunter ended up losing his points lead to Jett and needed to see a dentist after his face plant.

Lawrence (6-8), who is now 15 points behind Jett in the championship battle, said: ““Rough day. It was great last year, running 1-1, but this year we just sucked. It was almost like me and Jett did a role reversal from last year. I’m going to have to go to the dentist this week, after crashing in the first moto—got cross-jumped and then hit by another guy. It is what it is now—I can’t change it. I did everything I could, but it was just a really, really tough day. We’ll bounce back.”