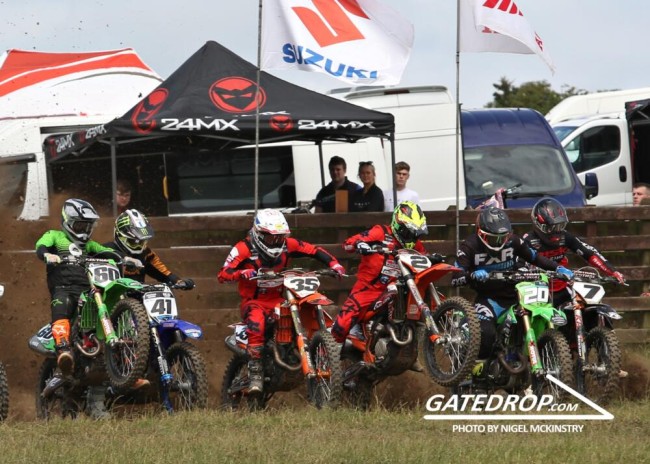 The expert class produced some fantastic racing in the opening race of the day as the Meara Brothers went at it. Jason who made a return to racing after a small injury, held the early lead with John keeping him honest but with two laps to go there was nothing to separate them. Three back markers looked to get in Jason’s way which saw John get himself into the lead but a couple of corners later Jason reacted to get himself back in the lead. On the final lap John went for another move before hitting Jason’s back wheel which saw him hit the deck but it was some of the best racing of the year.

Behind them, Tommy Merton was loving the slick conditions and riding well in third ahead of Nathan Green who is always strong at his home track. The pair came together with Merton going down but still finished a strong fourth ahead of David Russell who was the first MX2 rider across the line ahead of Niall Cregan in what was a brilliant ride.

In the second race, Jason Meara got the holeshot with John buried and then a small crash from the latter making it difficult to catch his younger brother but he did get himself back up to a solid second. Nathan Green had another strong race in third ahead of Niall Cregan in fourth who won the MX2 overall on the day ahead of the ever improving David Russel with Merton fading to sixth.

In the semi-expert class, Reece Ross (MX2) and Johnny Haywood (MX1) did the winning but it was fantastic to see former WMX runner up, Natalie Kane but racing and she certainly hasn’t any of her abilities finishing 3-3 in the moto’s despite a small crash in the opening moto and a bad start in race two – hopefully we can see her keep racing and it’s nice to see her racing the semi-expert class whilst she backs back up to speed.

In the youth racing, Lewis Spratt was in superb form taking his most dominate victory in the 85cc big wheel class while Alfie Herron was his usual fast self on his small wheel.

You can see the full overall results from the event, below: 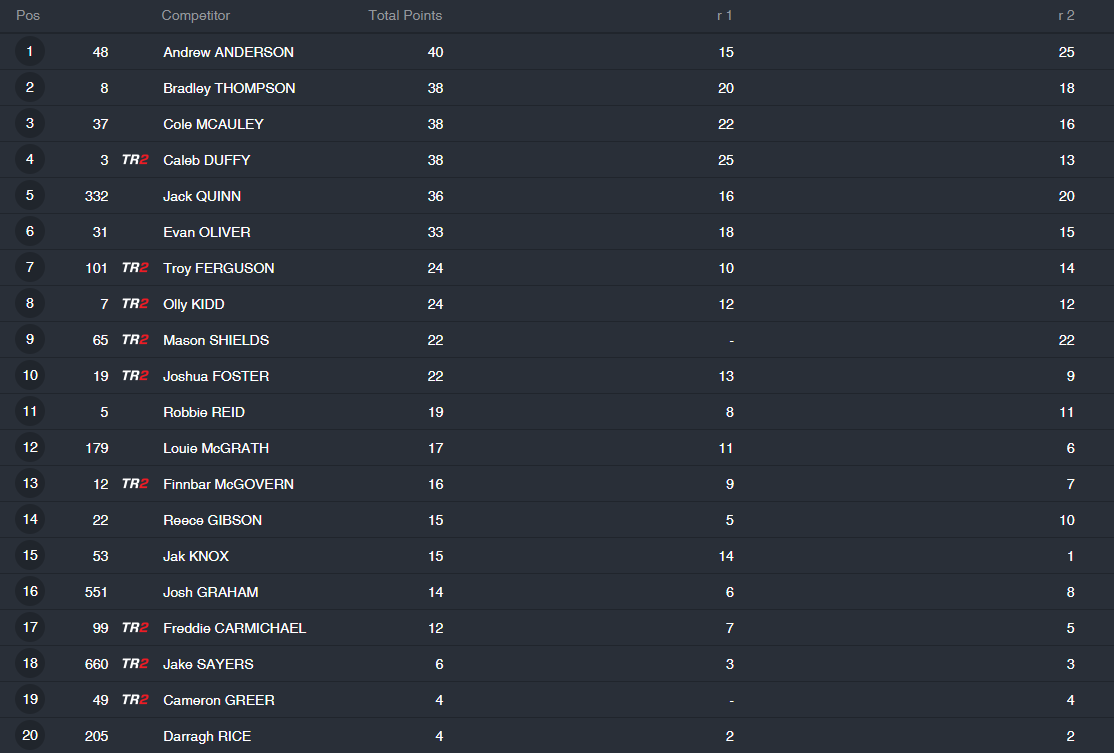 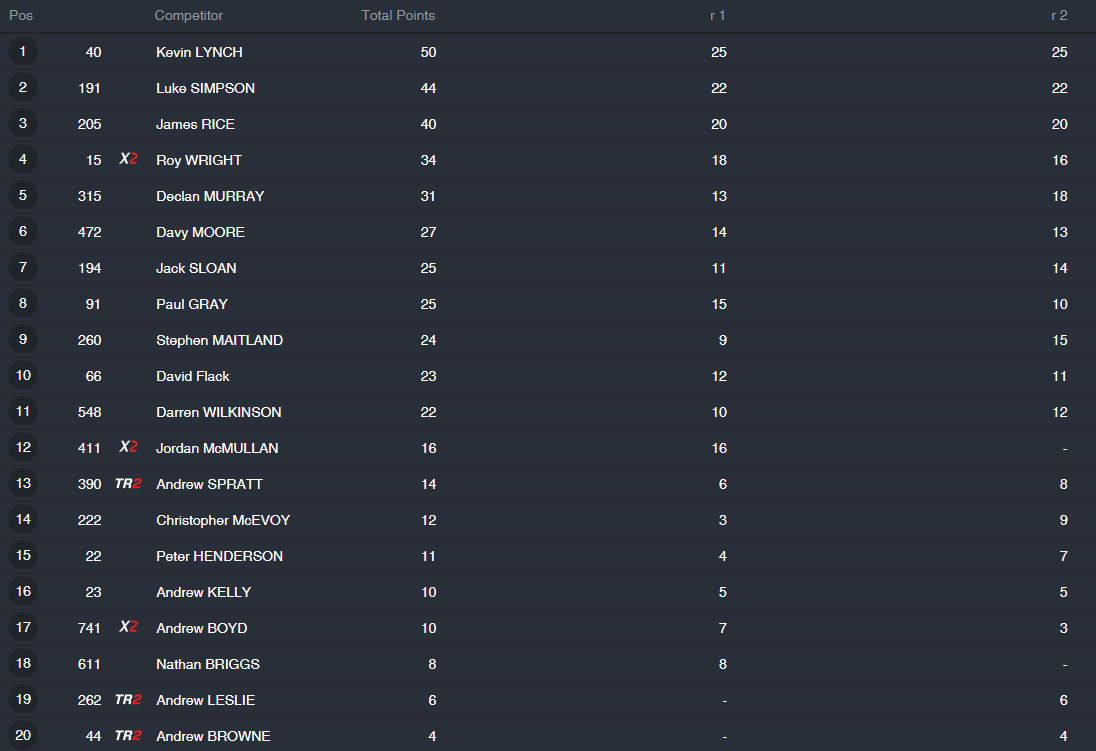 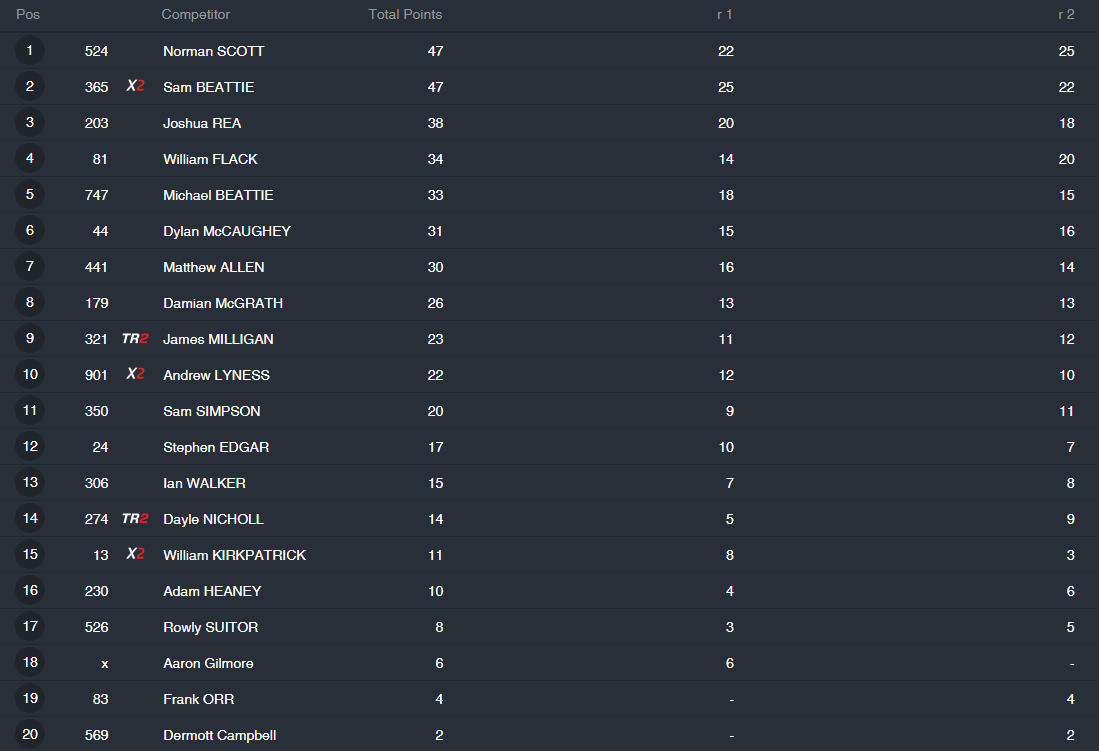 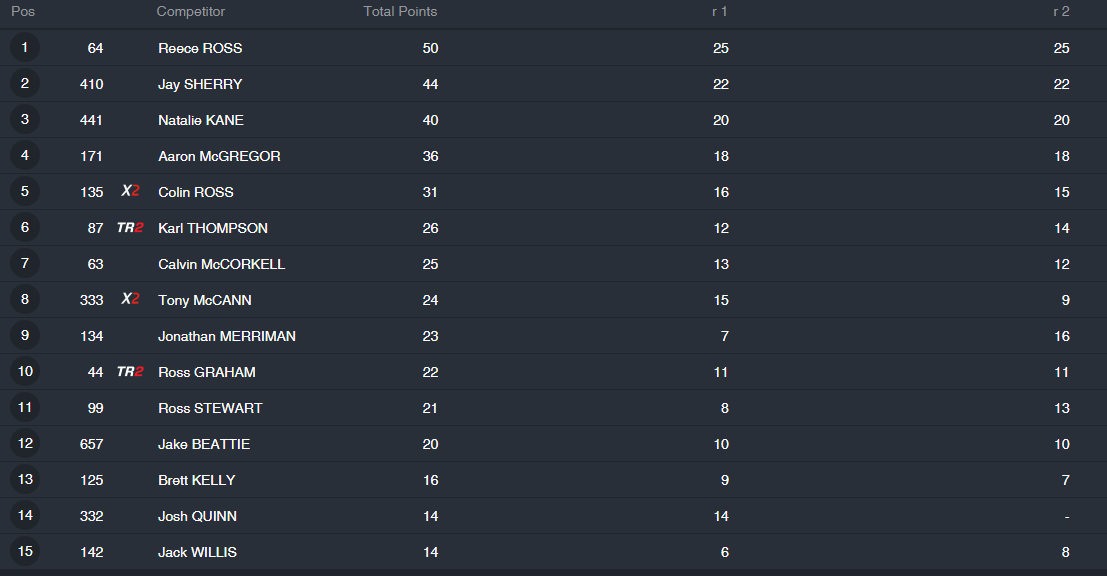