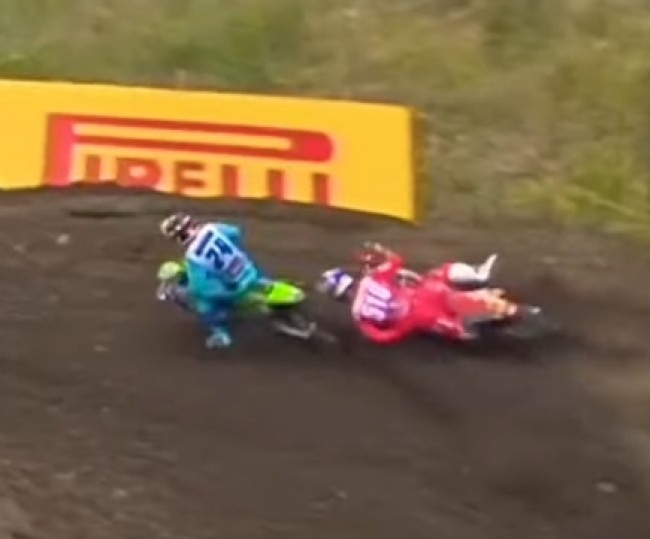 See how a charging Kevin Horgmo got around the home hero Simon Laegenfelder by leaving the German on the deck in race one! Laegendfelder took ninth in race one with Horgmo sixth but his riding improved significantly in race two to take fouth just ahead of Horgmo in fifth,

Largenfelder said of his home Grand Prix: “I had a good start in the first race, but I just did not have the speed or rhythm. I had a small crash too and was not riding like myself after that. I turned it up a couple of laps into the second race and went from sixth to fourth. I stayed there, tried my best and was riding really well. For me, I was on the limit. The track was not easy and the pace is so high in MX2 right now. I am happy with that fourth place in moto two.”