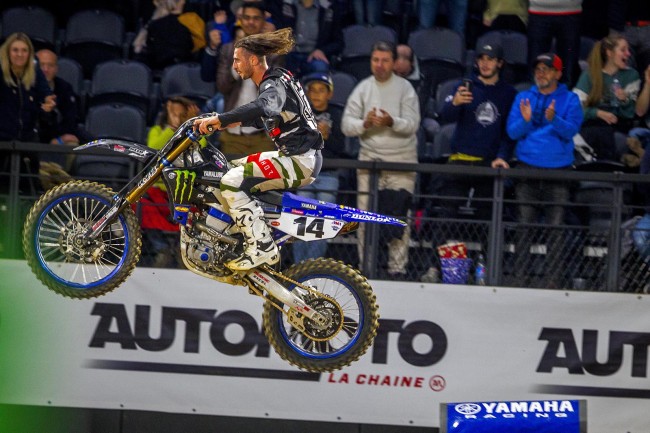 Donn Maeda at Swapmoto caught up with Dylan Ferrandis ahead of the new season to discuss coming into the 450 class as a rookie and getting back on the bike after injury.

“The crash was a big step back and a big loss of time,” admitted Ferrandis on his over the bars trip that left him with a broke hand in December. “The winter season is really sort this year and with that small injury it was even less, so really it was not what I wished but it’s part of the job, but now I am back on the bike and we rode a lot this week.

“We will go to Houston with a lack of riding, testing on the bike but at least I can ride,” he continued. “I will need to be just smart and learn the steps. go easy the first few rounds learnt he bike, learn the new class and try to improve race by race. Physically I feel good right now, I think I didn’t lose that much with my small injury it is more I guess the riding and testing on the bike.”