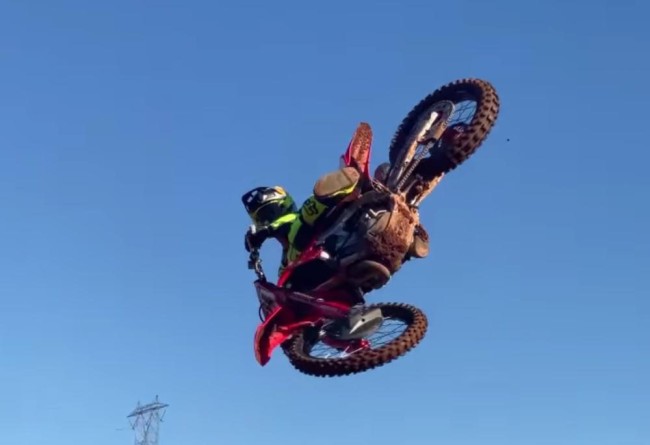 See Ken Roczen and some of his rivals all having fun on the supercross track at the same time! The outgoing Roczen has never had the need to hide away and do his own thing and, although he’s one of the title contenders he’s more than happy to share the track with his competition.

However, it’s big year for Roczen, who after multiple attempts, hasn’t manage to capture the coveted premier supercross championship. He was of course in contention last year until his health let him down in the final few rounds, he then missed outdoors to try and recover but we just don’t know if Roczen has the consistency of health to go 17 rounds with Tomac, Webb, Cianciarulo and the rest, especially with three races in a week and less time to recover.

The raw talent, skill and speed though has never been in question for the German superstar: