Video: David Pingree on the success of MXGP 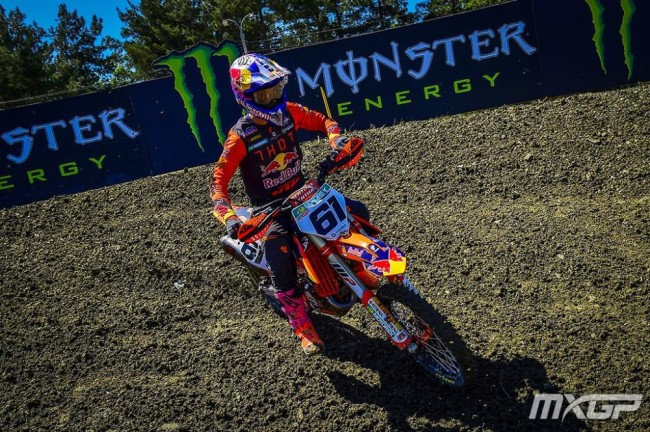 The Whiskey Throttle show host and Vital MX contributer, David Pingree, explains why he thinks the MXGP riders are so good these days. “Motocross is all they do,” says former 125 supercross race winner Pingre. “We don’t have that here, supercross is our focus in the US, it just is, it’s not an excuse. Every year we have placed more and more emphasis on supercross, there’s more fans there’s more money.”

The American says even the riding styles look the same ( although that is a stereotype from the 80s, in the 1990s Everts, Puzar, Bervoets, Malin etc didn’t exactly have low elbows!) “You used to be able to tell Grand Prix riders apart from US guys, not just they would wear their chest protector under their jersey and it looked goofy, just riding styles. They were elbows down, they were very stiff, you could watch somebody who raced GPs and go, ‘oh yes he’s a Euro.’ Now, they look the same.”

“Another part of it is GPs have more terrain types,” continued Pingree. “It’s a change that was made here (US) to try and make tracks better, if you raced here in the 90s or went to races, they were dusty. It wasn’t great but it forced you to know how to ride hard slick, dry hard-pack like Carlsbad or like at Hangtown, that required a skill-set…and they are still doing that in GPs. Gosh, the GP from Russia was dry and hard, looked terrible, but those riders have to adapt to the deep sand like we don’t even have, mud, the hard pack, you have got everything. They have such a diverse bunch of racing surfaces that it makes them better racers. Watch where they practice, those tracks suck – dry, hard. It’s like what our guys used to do in the 80s and 90s.”

See the full, detailed answer from five minutes in: