With the opening round of the EMX250 championship taking place at Matterley Basin this weekend we will take a look at some of the heavy hitters coming into the season.

Coming into the EMX250 season, Nicholas Lapucci has been on fire in the International Italian series as well as the Italian Championship. When it comes to experience the Italian has a tonne as well as has contested the EMX250 series in the past, the MX2 World Championship and he even got a taster of MXGP last year! Lapucci had three different teams last year as he started the season with Dr Steels KTM in MX2 before signing with the Beddini KTM team to contest selected MXGP rounds. 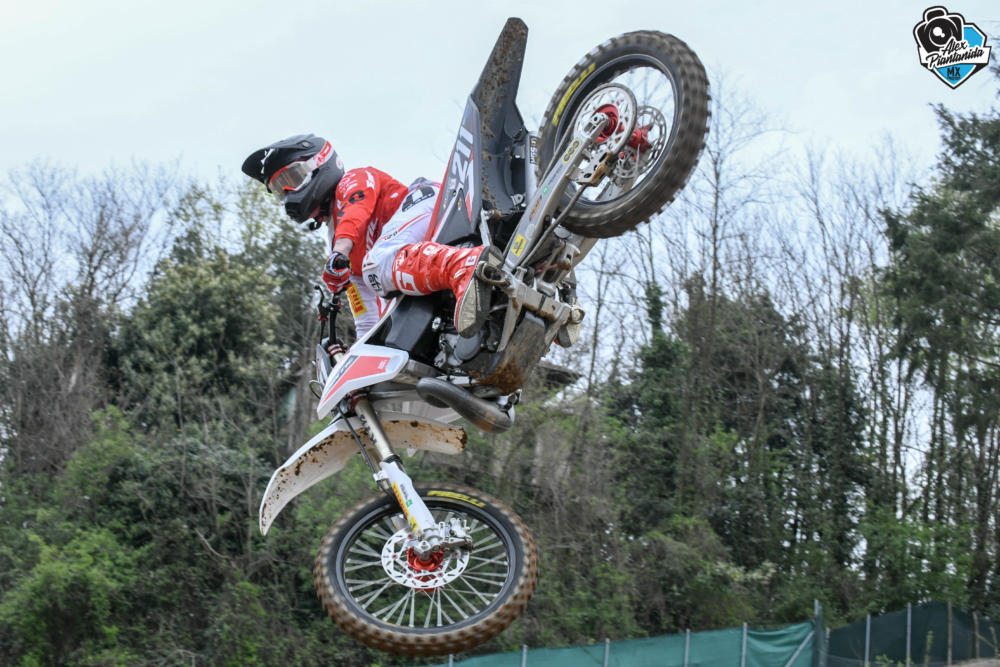 Towards the end of the season, Fantic clearly saw the potential the Italian had so he finished the season with them contesting the final rounds of the EMX open series. Fantic and Lapucci looks to be a great fit heading into the 2021 season. Marco Maddii together with his father, are very good at spotting potential and then improving riders and Lapucci’s sand riding has already looked to go up a level under the pair’s guidance. The two-stroke is very fast out of the gate as well so don’t be surprised to see him taking plenty of holeshots, there’s no doubt he’s one of the favourites heading into the 2021 campaign.

One rider that was pretty unlucky not to secure an MX2 World Championship ride for this season was Kevin Horgmo. The Norwegian made no secret that he wanted to stay in the MX2 World Championship but after failing to secure a ride he’s inked a deal with the SM-Action GasGas team. The move might be a blessing in disguise because Horgmo should now have a good bike under him. Last year Horgmo crashed a little too much but perhaps that was down to pushing too hard with a bike he wasn’t comfortable with. Heading into 2021 he’s in a much better position and it’s showed in the Italian Championship races. There’s no doubt that the Norwegian will be targeting a title push in 2021 but the biggest thing for him is to do enough to get back in MX2 for 2022.

Another one of the young Norwegian prodigy’s is Hakon Fredriksen who was a bit of a revelation in the class last year. After missing the first round through injury, the SM-Action Yamaha team were on the look out for a replacement rider after Adamo’s season ending injury so they turned to Fredriksen and what a decision that turned out to be.

From the get go, Fredriksen’s pace was fast and he ended up third in the championship. The starts were his weak point and that’s not a shock because the guy is huge but he should have a very bright future. The one shock heading into 2021 is the SM-Action team didn’t keep him and he’s had the opportunity to sign with BUD Kawasaki. If he can get good starts he should have the speed to win races and be a title threat.

The EMX125 series always produces top talent and you can never discount the champ when they move up to the EMX250 championship. Italian talent, Andrea Bonacorsi who’s a big build looks even more comfortable on the 250cc and after the Hutten Metaal Yamaha team clinched the title with Benistant last year, they’ve turned to Bonacorsi as one of their riders for the season ahead. 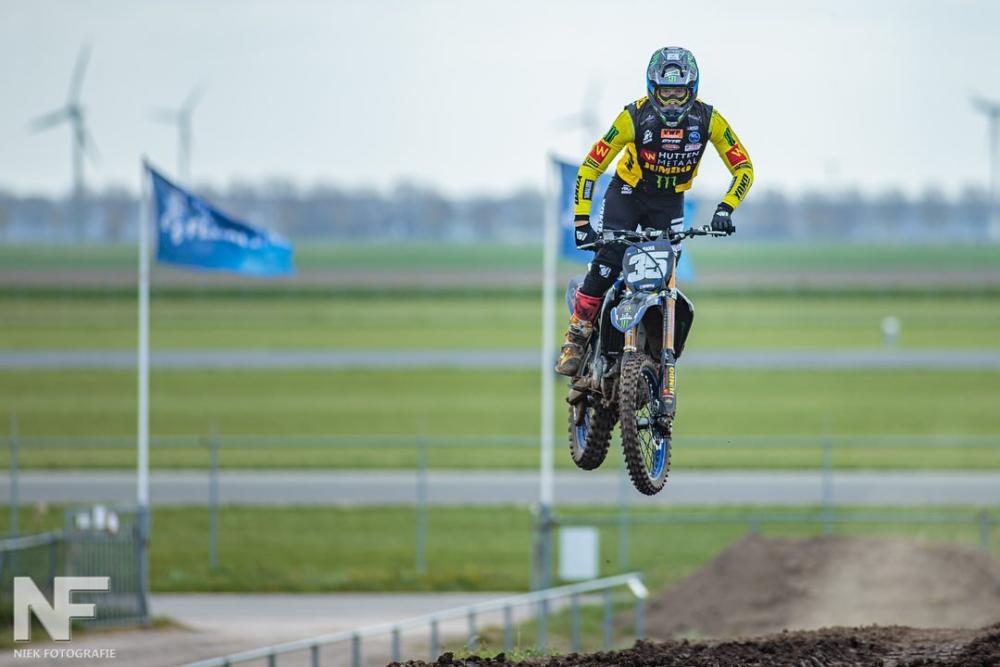 Bonacorsi will have the equipment and looks to have the speed but being a rookie there might be some rookie mistakes in there to really challenge for the title. Looking ahead to the future, Bonacorsi could be one to look out for though and he clearly has a lot of ability and speed.

Last year was Tom Guyon’s rookie year in the EMX250 championship and the French talent had a solid finishing eighth in the series. The French talent stays with the KTM brand for 2021 but has inked a deal with the VHR KTM team and will be hoping to become a consistent top five rider this year at least.

There’s no doubt that Guyon has a lot of talent and he could be one of the riders that surprises this year. Considering he’s French his sand riding is to a decent standard too so he shouldn’t be far away from the front.

Another rider that will want to improve after a strong rookie season is, Jorgen-Matthias Talviku. The Estonian is a very consistent rider and is very well rounded – hard pack or sand doesn’t seem to be an issue. Last year Talviku impressed with British team, ASA United Husqvarna but has inked a deal with the BT Husqvarna team for the season ahead. 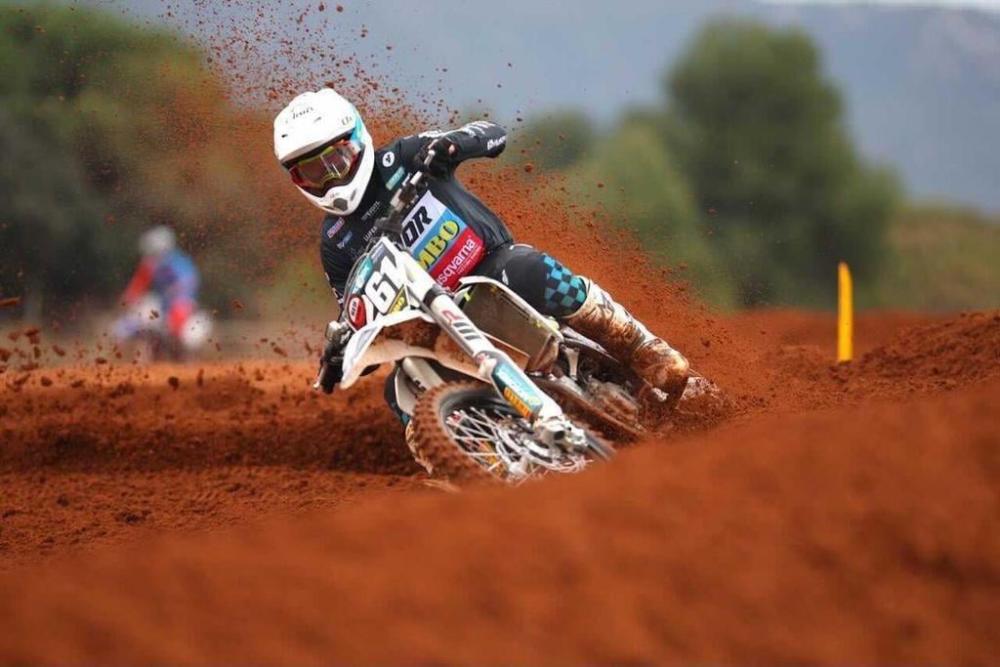 Bas Verhoeven who is a former GP rider runs the BT Husqvarna team and will be hoping he can help take Talviku to the next level. After finishing a strong fifth in the championship last year he’ll want to be a regular visitor to the podium this year.

Last year, Meico Vettik concentrated more on the EMX125 series but decided to contest the EMX250 rounds that didn’t collide and despite missing five rounds still ended up twelfth in the series as he impressed on his privateer two-stroke machine. The Estonian impressed so much as a privateer that he has secured a ride this year with the TBS Conversions KTM team. 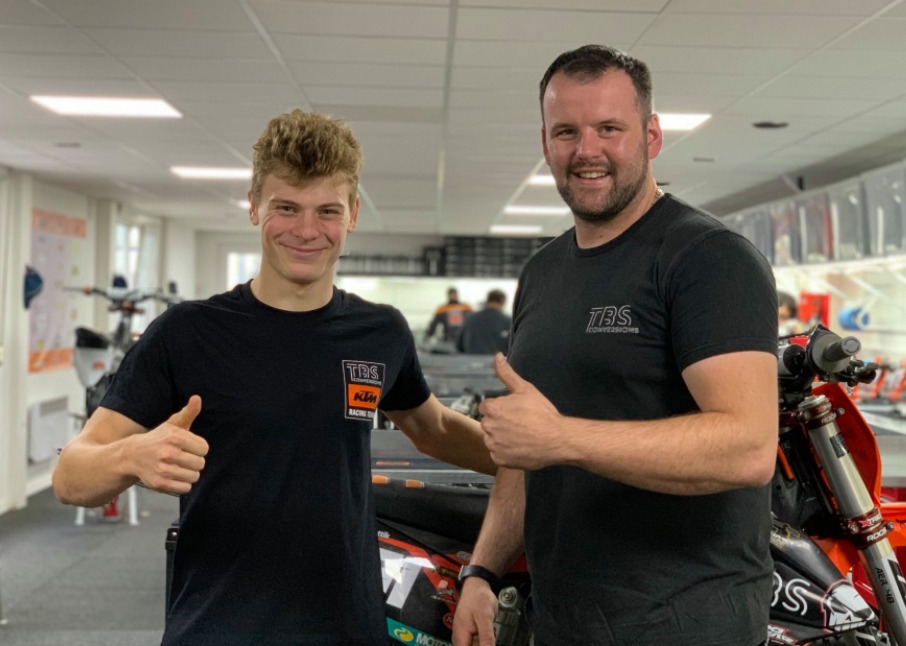 Vettik will need to adapt to the four-stroke but he clearly has talent so it shouldn’t be a problem, there’s no reason why he can’t be a regular front runner this year if he can replicate his good starts.

Two riders that would have been considered title contenders – Tim Edberg and Jeremy Sydow have unfortunately both got injured before round one of the series.

Edberg has parted company with the Ghidinelli Yamaha team as well but has some options for the future – he’s expected to only miss the opening two rounds of the EMX250 series but it’s still a shame as he was hoping to challenge for the title this year.

As for Sydow, it’s a big year for him and another injury setback is the last thing he needed. It’s not yet clear how long he’ll be out of action for but when he returns it’s important for him to run at the front to try and secure an MX2 ride for the 2022 season.

You can listen to our EMX250 and EMX125 preview podcast below: