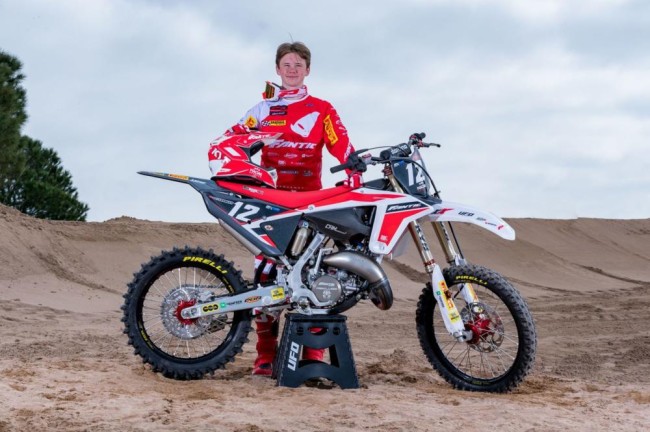 With the EMX125 series getting underway this weekend at Matterley Basin we take a look at some of the bright young talents you should keep an eye on during the course of the season.

Last year was a good season for Håkon Østerhagen on-board the CreyMert KTM team who are sadly no longer with us in the paddock but the Norwegian has inked a deal with the Fantic team for 2021. After winning the EMX125 title last year with Andrea Bonacorsi the manufacture are chasing their second title and with Østerhagen they might have the rider to do just that.

Last year Østerhagen finished tenth in the title despite many crashes – that has been his Achilles heel so far during his short career. If he can cut out the crashes there’s no reason why he can’t win the title because his speed already looks very impressive on the Fantic – he could be hard to beat and has a bright future ahead of him.

Last year was Valerio Lata’s rookie season in the class and the young Italian has a great technique and style. The Marchetti KTM rider finished ninth in the standings last year which was impressive for his rookie season. Coming into 2021 Lata should be even stronger and there’s no reason why he can’t mount a title charge. 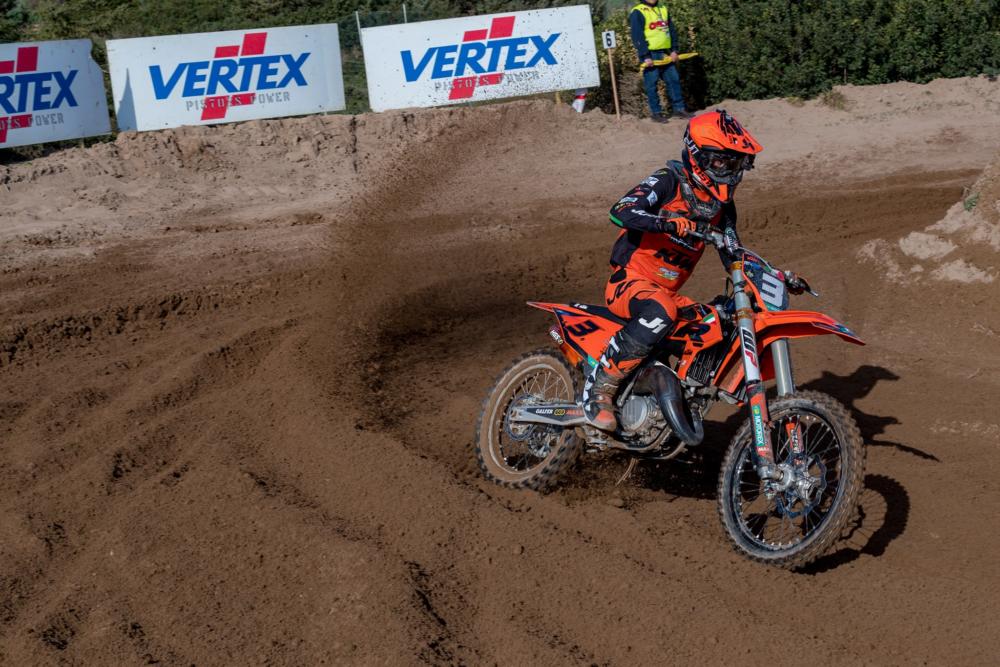 The past few years haven’t been kind for Kay Karssemakers when it comes to injuries. This year is important for the Dutch talent to stay fit so we can see his true potential. This kid has a lot of talent but we haven’t see him fully blossom since making the step up to the EMX125 class, this year could be the year if he can stay injury free.

Karssemakers’ younger team mate and fellow country man, Cas Valk might just be one to keep an eye on. Last year was his rookie season in the class on the TBS-Conversions KTM but will have the backing of KMNV and SKS heading into the 2021 season. Valk will certainly looking to be stronger now his rookie year is behind him and he might just surprise.

In Belgium there isn’t as much talent breaking through as usual but it might just be the Coenen Brothers time to shine. Both Lucas and Sacha are yet to show their true potential in the EMX125 class but both have been snapped up by the 9MM Energy Drink BUD Racing Kawasaki team heading into 2021. The team is known to be good at developing young talents and both the brothers have showed good speed heading into the season so watch out for the pair. 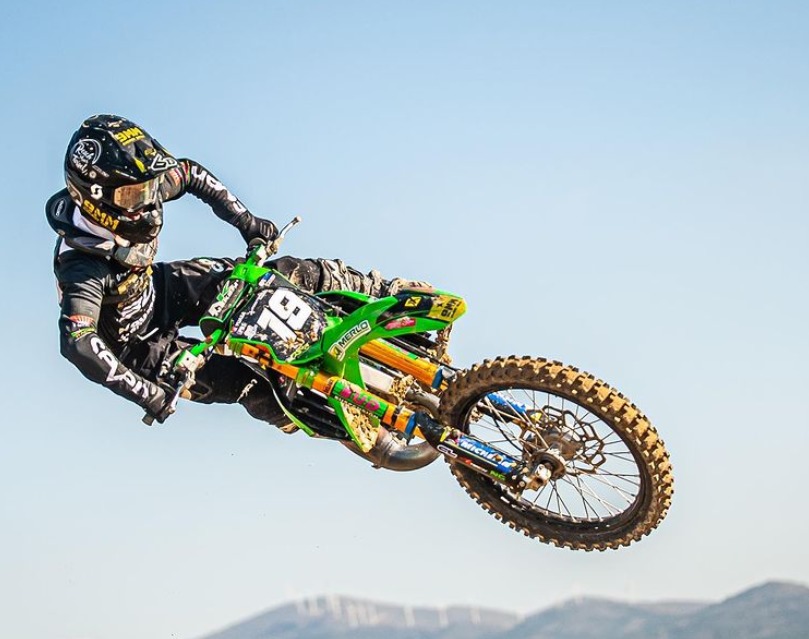 One rider that has had some good rides in the class is Scott Smulders but in the past consistency has been his issue.  If he can improve his consistency then he has what it takes to run at the sharp end. Smulders perhaps hasn’t had the strength the past few years but if he’s stronger heading into 2021 he might be a surprise package.

Towards the end of the 2020 season, Ivano van Erp started to improve leaps and bounds – there’s no doubt he has a lot of ability. Similar to Smulders he hasn’t had the strength the past few years but with another strong winter behind him he could be one to watch on the MJC Yamaha.  His two team mates in the form of Karlis Alberts Reisulis and Ferruccio Zanchi are also worth keeping an eye on. Unfortunately, Reisulis had a recent small injury and will miss Matterley Basin but will be back for round two.

There’s a couple of exciting Brits to keep an eye on in the EMX125 class which is always great to see. ASA United GasGas rider, Bobby Bruce is gearing up for his second year in the class and now he has that little bit more EMX experience there’s no reason why he can’t be a consistent top ten rider and even get himself on the podium. Ollie Colmer is preparing for his EMX125 debut and is one the best young Brits to break through in recent years – certainly one to keep an eye on and racing the EMX125 series should only help him a better rider. 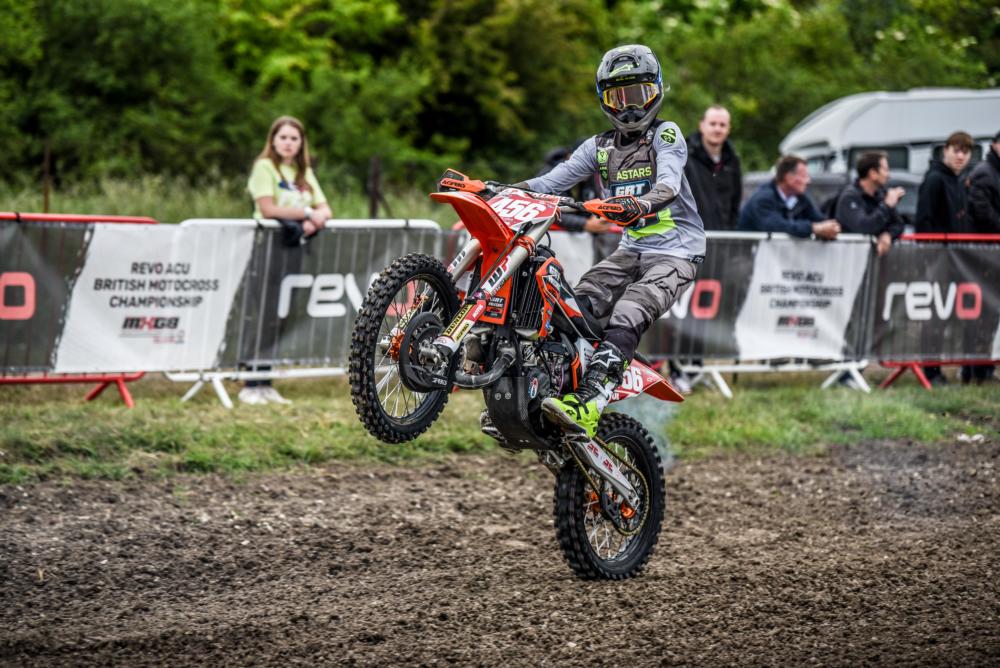 There’s a young Spaniard who’s hoping to follow in Jorge Prado’s footsteps which is easier said than done but Raul Sanchez had big potential for the future. Sanchez has been picked up by the RFME Junior GasGas team and has been working with former GP rider, Javi Garcia Vico. At the last round of the Spanish series, Sanchez took a big crash so might not be 100% fit but he’s one to keep an eye on.

The KTM Kosak team have a good eye for talent and the latest German they’ve snapped up is Maximilian Werner who will be looking to repay the team’s trust.  Werner should be knocking on the door for top ten results at the very least.

Last year was a good year for Andrea Rossi injury aside. He raced four rounds of the EMX125 series and had two top ten moto results and he even had a strong fourth. He knows what it takes to run at the front and he should be even stronger with another winter preparation behind him.

Last year WZ KTM rider, Cato Nickel had a fantastic start to the season at Matterley Basin as he finished fourth in the first moto so he clearly likes the track. Unfortunately, Nickel picked up a season ending injury but he clearly has the speed required to run at the front and with Matterley Basin the opening round he’ll be looking to show podium pace there once again.

One rider that hasn’t got too much EMX experience is Baptiste Beemaert as he’s mainly focused on racing in Belgium of the Netherlands to this point but he’s making a push this year by contesting the EMX125 series. He has the backing of the F4E GasGas team behind him and will be looking to learn as much as possible by racing with new competition.

Xavier Cazal showed some good things last year on his VHR KTM but consistency wasn’t his strong area –  he’d have one good moto followed up by a race outside the points. With another winter’s preparation behind him Cazal should be improved and looked to start of his season swinging at Matterley Basin.

A couple of other riders to look out for is Italian talent, Andrea Viano and young Estonian, Romeo Karu who might surprise during the course of the season.

You can watch our EMX125 and EMX250 preview podcast below: