Tom Vialle on his new challenge in America 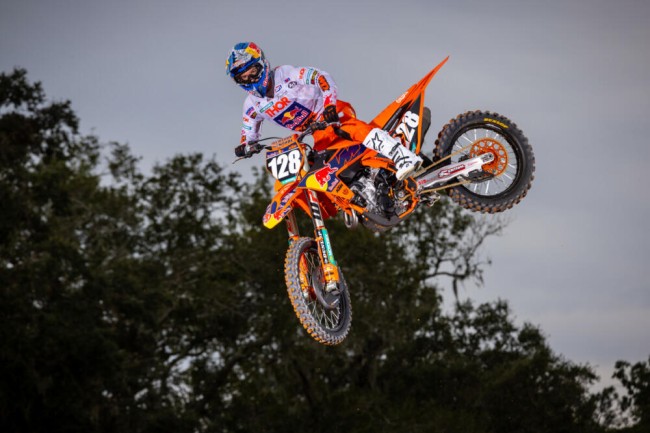 The 2023 season will be all new for Tom Vialle after a number of years racing in the GP paddock coming through the EMX250 system before securing a full factory ride with KTM and becoming two times MX2 World Champion.

The French talent has now decided to make the move to America and will be racing the 2023 AMA 250SX East Coast series which starts in February.

Vialle has confirmed he is putting the hard work in at Florida working with Aldon Baker (he is also working with Mike Brown).

“For me, it’s a new life. After winning the title in 2022 in the MX2 World Championship, I moved to the U.S. and it was a tough decision, but so far everything has been so good. I’m training in Florida with Aldon and the group at The Baker’s Factory and everything so far, so good. I like it a lot. I enjoy riding supercross, it’s a new discipline for me so I have a lot to learn. I’m doing a good job training with the team and mechanic – everyone is really nice to me, so we’ve really moved forward”, Vialle stated in a KTM press release.

Vialle is excited to start his career in America racing Supercross before switching his attentions to the AMA Pro Motocross series where he’ll hope to be a contender.

“I’ve never raced a supercross here in the U.S., so I’m really excited about it. Just to go there and see what it’s going to be like to ride at night in the stadium, and to ride in front of so many fans is going to be a big thing for me. And then I will move to motocross in the summer, I am also excited for that. That will be a new challenge for me – a little bit closer to what I’ve been training for the last four years in Europe – but I’m really excited about racing both SX and MX for the first time in the U.S. For me, a lot of new things are coming and I can’t wait to start racing”, concluded Vialle.

Even though it’s early days for Vialle in America – he hasn’t even raced yet but it will be interesting to keep an eye on his development and if his long term future is in America.