Tixier confirms he declined an offer from HRC Honda 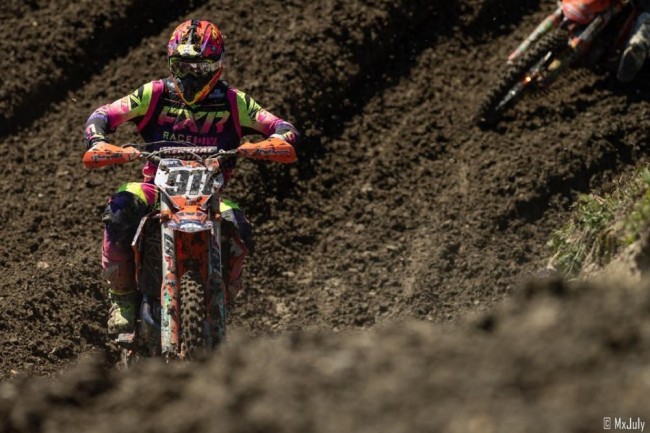 With the news recently coming out that Mitch Evans returned back to Australia due to his wrist injury, it looks like HRC Honda are trying to secure a fill-in rider for the rest of the season. Former MX2 World Champion, Jordi Tixier has confirmed he was approached and had a meeting with the Factory team but decided to decline as there was no money involved and he’d have been riding for free.

Tixier instead will continue to focus on his own JT911 KTM team racing the MXGP World Championship for the rest of the season. The French talent will also race the ADAC German MX Masters series for the Sarholz KTM team as well.

“Yes, I got a proposition from HRC with a meeting. Like a lot of things at the moment in the sport without any money. I would never ride – taking so much risk without getting money. And I will not break all my contracts with all my sponsors and the people who trust me and follow me in my own team. I thank them and respect them”.

“The factory team need to understand that you can’t have a rider possible to win for 2 millions euros a year and a guy riding top 8 – 10 who take the same risk for 0€. Also, if the rider (Mitch Evans) came back before the end of the season they will not keep me so..”, Tixier told GateDrop.com.