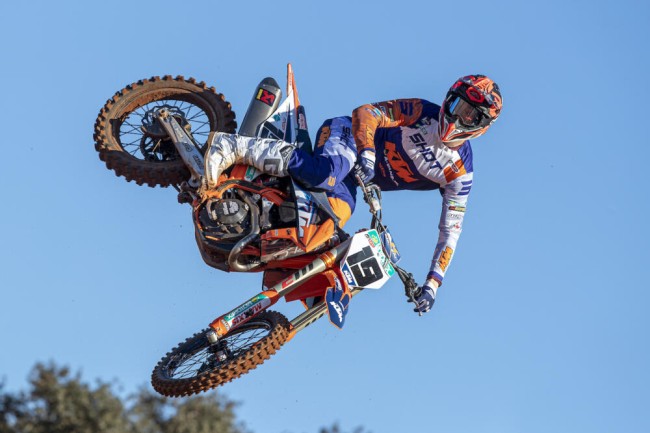 Thomas Kjer Olsen took a big crash during the MXGP qualifying race at Kegums, Latvia earlier in the season which saw the likeable Dane placed in a medically induced coma by doctors due to his head injury.

It was a serious injury and it’s still work in progress for the young Dane but the good news is that he’s making really good progress.

“I have the brace off for a little bit now, it’s a tough battle getting my neck comfortable with moving again, but it’s slowly getting more flexible. At the moment I’m trying to get myself a bit more fit again because I’m definitely not in the same shape as before, but I’m doing neck training, running, cycling and different things in the gym. There’s enough work to do before I sit on a bike again”, Olsen stated on social media.