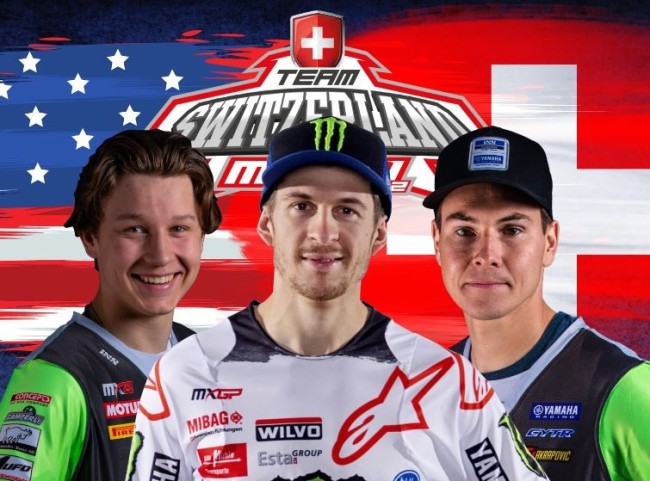 Switzerland is one of the first nations to announce its three-man lineup for the upcoming
upcoming season highlight Motocross of Nations in the American Red Bud! Quite early has
Daniel Zollinger addressed all the current problems, such as the distortions in the logistics sector or the generally rising costs. He made contacts, held talks and did a lot of convincing. The result is because his plans and ideas obviously appealed to the Swiss federation FMS as well.

Swiss Federation FMS. The Motocross Commission now nominated the following three riders, who will represent the Swiss colors on the last weekend of September at the FIM Monster Energy
Motocross of Nations:

– Jeremy Seewer: Not surprisingly, the most successful Swiss rider in the Motocross World Championship for years now has been nominated. The down-to-earth, soon to be 28 year old four-time runner-up in the world championship and, after overcoming health problems, recently won another Grand Prix in the elite MXGP class.

– Kevin Brumann: The 18-year-old is the youngster in the otherwise experienced squad, but the performance curve of the Belgian by choice – he lives and trains in Lommel with his mentor and coach
mentor and coach Max Nagl – knows only one direction: up! The powerfully built lad is now scoring points regularly in the MX2 World Championship and could well be could well be good for a surprise.