Surgery for Adam Cianciarulo – OUT for the season 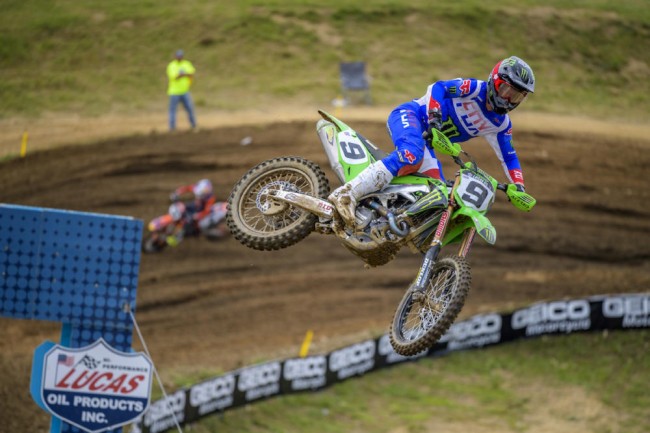 Adam Cianciarulo has been dealing with an ulnar nerve issue for the past couple of years and whilst it’s been manageable in the past it’s been getting worse. The American has decided to operate which means he’ll be out of action for the rest of the season.

The Factory Kawasaki rider also won’t be an option now for the Motocross Des Nations event either. The goal is to be back racing for the 2022 Supercross season and hopefully he will be 100% instead of being hampered by injury.

“I’ve been dealing with an ulnar nerve issue for the past couple of years. Randomly, I started having problems with it at the end of 2019. In 2020 it was mostly manageable and I really thought it was just arm pump. However, it continued to get worse this past off-season to the point where I couldn’t do more than a few laps at a time. After a lot of tests and scans, I had nerve decompression procedure right before SX ‘21. I’ve experienced minor relief from that, but not enough to be myself out there. I lose what feels like most of the strength in my right hand gradually as I’m riding. I’ve tried to be smart and do my best—but at this point the only logical decision is to get it fixed. It’s a relatively simple procedure, but it will put me out for the rest of this season. This has been difficult, mentally and physically. It’s driven me mad a few times if I’m honest. I’ve learned a lot about focusing on the things you can control and not getting lost worrying about the things you can’t. Ultimately, I’m always grateful for my challenges and the things they teach me. Surgery is this morning and I’m happy to get it sorted so I can continue going after my goals and get back to having fun on my dirtbike. I’ll be back and better. Thank you for your continued support. Talk to you soon”, Cianciarulo stated on social media.