Sexton on collision with Webb – unintentional! 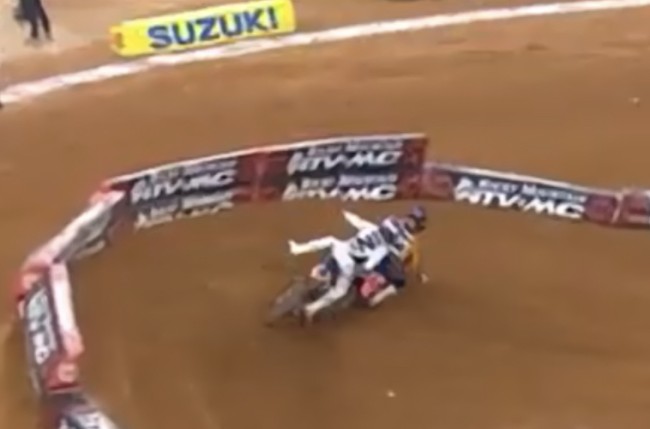 Chase Sexton says he didn’t meant to make contact with points leader Cooper Webb that saw Webb end up in the deck and going from second to fifth in heat race.

“Man, what a tough way to end the day yesterday,” said Sexton. “I felt so solid on the bike and had a bit of my speed back which was nice to see and had a solid one going until the Main Event. On the Heat race incident with Cooper it was by no means my intention to take him out or even make contact I just underestimated how much he was going to cut down in that corner. That’s not how I like to race and just wanted to put that out there.”

You can see the move below:

On his crash in the sand that took him out of the main event, Sexton said: “A bit sore this morning from my crash and my face looks like I just went rounds with Mike Tyson but overall I’m healthy and able to fight another day.