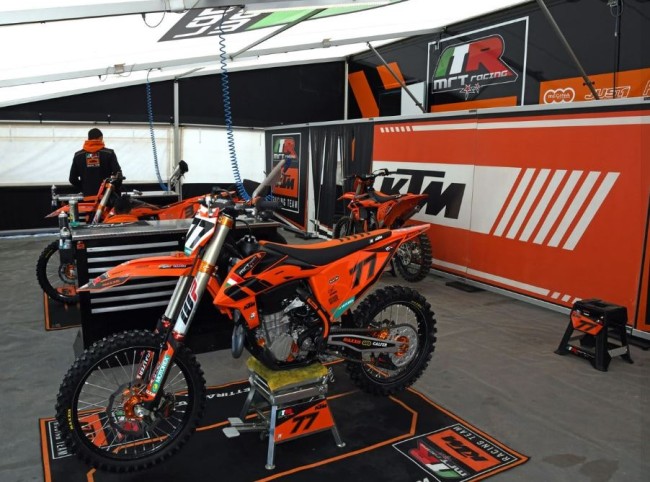 Beta only entered the Motocross world in 2021 and have already done a good job building and developing a competitive 450cc contesting the MXGP World Championship.

It’s thought that there will be structure change for Beta with regards their future in MXGP as we believe the Marchetti Racing team who have ran KTM machinery for a number of years will be a factory team for the 2023 season running Beta’s.

We believe Beta actually approached the Maddii Racing team but they are happy with how everything is going with Fantic and have decided to extend that contract. As a result Beta have turned to the Marchetti team instead.

It hasn’t been a great season for the Marchetti Racing team as Michele Cervellin has been out injured and the team are still awaiting his return to racing. The team have fully focused on Valerio Lata this year who started the season in the EMX250 class but recently made the move up to contest the MX2 World Championship.

For the 2023 season, as Beta currently only have a 450cc Motocross bike, the team are expected to focus on the MXGP World Championship which means Lata will be on the look out for a ride.

Unfortunately, Alessandro Lupino has been fighting with injuries this year so we haven’t really see him at his full potential yet this year but he has another year on his Beta contract and actually raced for the Marchetti team in 2021 – it’s a team he knows well.

Van Horebeek’s contract with Beta is up at the end of the 2022 season so it remains to be seen if he’ll stay with the brand but it is thought that the brand are on the market for at least one other rider to line up for MXGP along with Lupino.

It also remains to be seen what the future holds for the SDM-Corse team but hopefully they remain in the paddock.