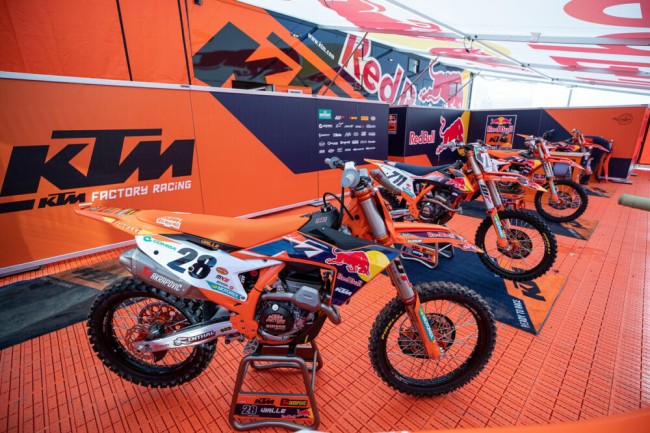 In a recent article regarding Tom Vialle’s future we had stated that Factory KTM are likely to be interested in Jago Geerts for the 2023 season. The Factory Yamaha MX2 team owner, Hans Corvers, has told MXMag that Geerts has an offer from both Yamaha and KTM that he is currently mulling over. One thing that has been decided is that the Belgian will race another year in the MX2 World Championship.

“He is going to ride MX2 again anyway, that has already been decided but whether he does that with us or in the “orange team” is not a deciding factor. I think the thinking goes more to the years after that because he’s signing a two-year contract for one year of MX2 and one year of MXGP. Does he fit into the KTM Factory system or does he fit into Louis Vosters’ Yamaha Factory Team?”, Corvers told MXMag.

Geerts has a great future ahead of him and if Yamaha can convince him to extend his stay then they would have two very strong riders in the future of MXGP with Geerts and Renaux. However, if Geerts ends up signing with KTM it would be a big blow for Yamaha who will still be hoping Geerts can become the MX2 World Champion this year. It’s thought that the Belgian will make a decision on his future within the next week or two.

As for Tom Vialle, he still hasn’t signed anything for the 2023 season but talks are still ongoing and it’s thought details regarding his move to America are currently being discussed so it’s likely to happen.