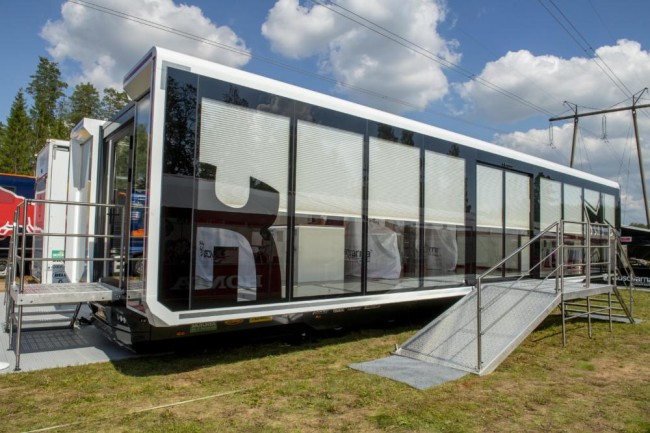 Factory Kawasaki have dropped the news that there will be changes to KRT which contests the MXGP World Championship for the 2022 season.

“Kawasaki Motors Europe and Kawasaki Heavy Industries have announced that 2021 will be their final season in the World Motocross Championship working with MX ESCA running under the banner of Kawasaki Racing Team Europe. The relationship, which has run for thirteen seasons, will formally conclude at the end of the current contract period which includes the 2021 World Motocross MXGP Championship”, the press release stated.

This has fueled speculation that KRT will follow Suzuki out of MXGP and it wasn’t exactly helped by no mention of the 2022 season in the press release but we believe there’s no need to worry.

After the British MXGP we heard rumours that the IceOne team who currently run the Factory Husqvarna team in MXGP will be making the move to Kawasaki next year. You might be wondering why IceOne would make the switch from Husqvarna to Kawasaki but after the MXGP of Russia we had reported there will be a KTM, GasGas and Husqvarna restructure – it’s all coming into fruition!

Before IceOne made the switch to Husqvarna they ran Kawasaki equipment for a number of years so they will be going back to their roots but this time it looks like with full factory support.

We need to wait and see what the future will hold for Thierry Chizat Suzzoni who has done a good job running the KRT outfit in MXGP for a number of years. Will he still have a team in the paddock but with another manufacturer or will he leave the paddock? Time will tell.

The other situation to keep an eye on is who will race IceOne Kawasaki in 2022 assuming the deal falls into place.  Romain Febvre doesn’t have a contract running into 2022 at the moment – with the Frenchman battling for the MXGP World championship they will be keen to keep him in green but with changes ahead, we don’t know his thoughts on the matter. There was no indication of how many years Ivo Monitcelli signed at KRT in the PR when he signed – this would usually indicate a one year deal but a source has told us he actually signed a two year deal with the brand.

The future of Thomas Kjer Olsen and Arminas Jasikonis is also worth considering. Olsen signed a two year MXGP deal with Husqvarna so is likely to move back to the Nestaan team who are rumoured to be running in MXGP (as well as MX2) next year – Olsen had a lot of success with the team in MX2. As for Jasikonis he currently doesn’t have a contract heading into the 2022 season.

MXGP journalist, Adam Wheeler from On Track Off-road has also heard the IceOne to Kawasaki rumours:

Kawasaki heavily rumoured to be with the IceOne team for 2022. This press release is the first gesture in a chess-move of brands & squads in #MXGP. A few questions arise though: what happens to Romain Febvre? Does the existing KRT staff & structure continue with another brand? pic.twitter.com/3qB0PgHawS