Ruben Fernandez: Have always looked up to Gajser 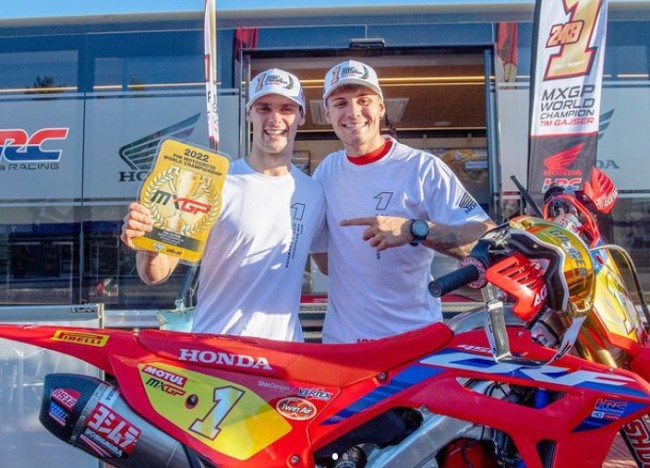 On the back of Tim Gajser’s fifth world title, Ruben Fernandez who is an MXGP rookie has stated he has always looked up to the Slovenian.

Fernandez has had a strong rookie season in MXGP as part of the 114 Motorsports Honda team and we believe he will be Gajser’s team mate in 2023 under the HRC Honda awning. He’ll be hoping to learn as much as possible from Gajser!

“I’ve always been a fan of this man. Since I started racing Europeans on a 125cc. Tim Gajser has always been one of the riders I looked up to and one of my favourites. So it was kind of special for me to be on his title celebration and getting this picture with him, even though it might be weird”, Fernandez stated on social media.