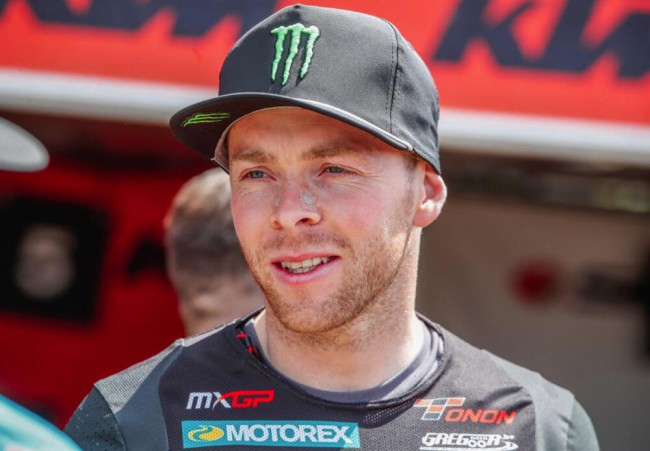 Just a week after his racing comeback Kawasaki Racing Team MXGP’s Romain Febvre scorched to a moto victory and second overall in the final round of the Dutch Masters in the strenuous sand of Rhenen.

After his great comeback last weekend in Germany the Frenchman was keen to gain more race practice before heading to Indonesia for the twelfth round of the FIM MXGP World Championship. The high-profile Dutch race on Saturday allowed him to spend more hours on the bike and enjoy start- and race-action against other top riders, a preparation more valuable than training alone. After posting the second-fastest lap-time in the morning Romain secured the holeshot and led the entire first moto to celebrate his first victory since his return to action. Another holeshot in race two confirmed the strength of the KX450-SR, but in this moto Romain was content to secure the overall podium with a fourth-placed finish in a tight battle with rivals who have each scored MXGP moto victories in recent weeks.

Romain: “I have always tried to ride as much as possible, and I especially wanted to go racing as it’s what I miss at the moment; the goal today was to have more hours on the bike. It was a good day; the track was demanding as it’s not really deep sand like many of the Dutch tracks and overall I am happy as we have already made good progress since last weekend. My feeling was good in the morning with the second-fastest lap-time and then I took both holeshots to confirm the strength of our bike. In the first moto I could keep the lead until the end, then in the second moto we were really close to the top-three for another good result.”