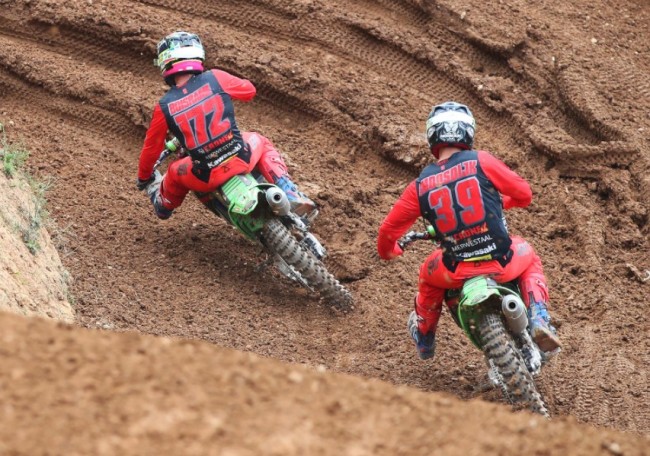 After a crash during the second moto at Loket which resulted in a DNF for Roan Van De Moosdijk, he’s revealed the full extent of his injury and it’s not good. The Dutch talent has broke the scaphoid in his wrist which requires surgery.

It’s a big blow to the former EMX250 champion and the F&H Kawasaki Racing team but hopefully he can be back before the season is over and run at the front of MX2 again.

The Dutch MXoN team will also be sweating on an Van De Moosdijk after he was selected to race the MX2 class and there’s just two months until the event. We believe he’ll be off the bike for at least one month so he should still make the event but it won’t be with the ideal preparation.

“I had a big crash on Sunday with only a few laps to go in the second moto… Unfortunately I broke my scaphoid and will get surgery tomorrow morning. Hope to be back asap. Thanks for all the messages”, Van De Moosdijk stated on social media.