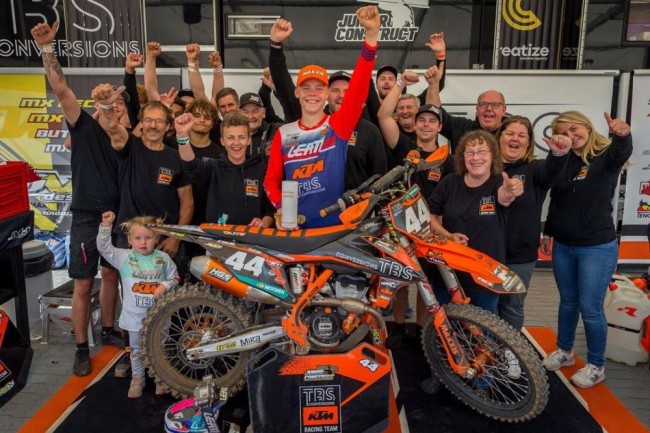 It’s been a rough few years for Rick Elzinga as due to injuries he’s missed an awful lot of racing but the Dutch talent looks to have put that well and truly behind him in 2021 as he’s been a revelation so far in the EMX250 series.

The TBS Conversions KTM rider came into the opening round with a sickness but still showed good pace in the first moto to come from outside the top twenty to eleventh at Matterley Basin. However, at Oss and Lommel, Elzinga has been mighty impressive winning two moto’s with one overall victory as well as a podium.

Elzinga is now third in the EMX250 series but this could be the last year he races at this level – if he doesn’t secure a ride for the 2022 season which will pay him. Fingers crossed he can pick up a ride which will see him fully focus on being a Motocross rider so he won’t have to juggle school with Motocross and more importantly make a wage from racing.

“This is the year I want to try and get into MX2 and a team that is paying me to ride. Right now we have to pay for some stuff and you know, it’s quite expensive. I am at school as well for the meantime which means I am quite busy with everything going on. I really want to get into a team to race MX2 that will pay me to race, this is my dream. If it doesn’t happen, I think I will stop racing at this level and just go to school like I am now. With school and stuff I’m not too busy it’s just I have really limited time”, Elzinga told GateDrop.com.

“I hope I will get into a good team and one that pays me to race otherwise the dream will finish for me after this year. It would be quite hard to swallow if this would happen and especially with all the injuries I have had. I haven’t been able to show my real speed and even now I am not at 100% because I have school and stuff so I can’t train all day. With the sickness I had I am at around 80% because after 18 minutes I will be tired. I am working really hard on this and working to improve”. 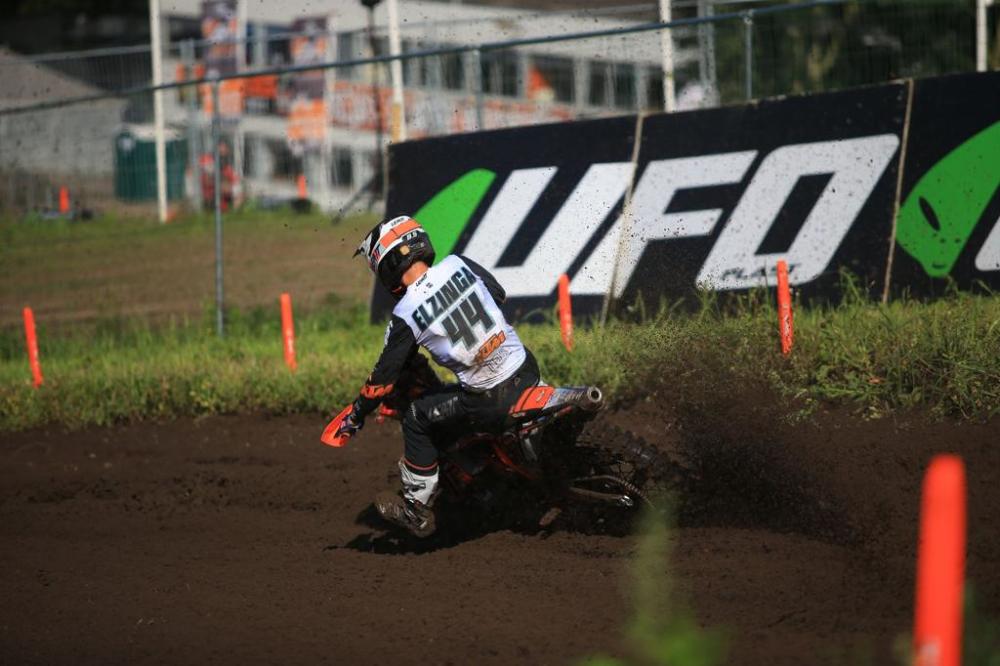 “I would love to do some MX2 wildcards this year but only if I can do a 30 minute moto. You know, if I do some and can’t compete at the moment, there’s no point. We will see what happens but I am working hard to get back to being 100%”.

“I am still at school and racing and this is the last year for teams to get me. With school and stuff I’m not too busy it’s just I have really limited time – maybe I don’t have enough to do both so I have a busy life. If I can get into a team I will stop school immediately and then work with the team to make Motocross my job. It if doesn’t happen I will not race at this level and it will be more of a hobby. I am quite good learning stuff at school so I will be able to get a good job with some good money. It is a difficult decision but I said to myself before this season that it is the last year to make it. It makes it frustrating when you can’t do your best like at the UK because I was sick. If I keep going like I am now in the EMX250 races I am certain there will be a future for me in Motocross and that’s why I’m fighting every day to make it a reality”, Elzinga concluded.