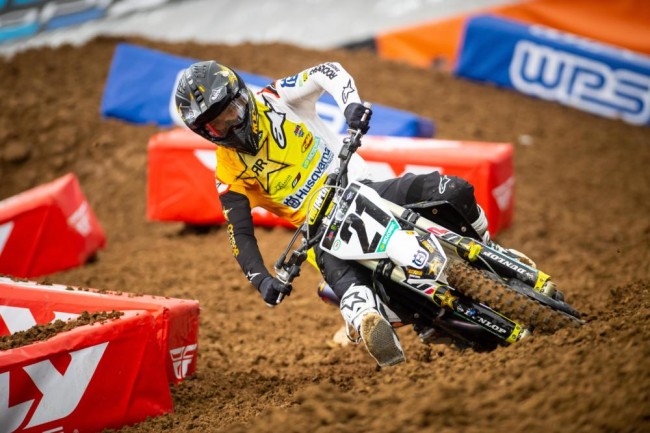 Jason Anderson went quickest in Q1 on a track that wasn’t too muddy despite the rain – but it is a pretty hard base with some ruts in the transitions.

Anderson said on his fastest time “I think I hit a couple of different rhythms the guys weren’t hitting, I think a week in Florida has really helped.” But he says his hand is still sore after a dislocated thumb. “It’s sore, I haven’t really used my front brake in a week or so!”

Christian Craig was fastest in the 250 East class and was FLYING in the whoops saying he was loving the hard pack nature of the track feeling it’s more like the test track in California.