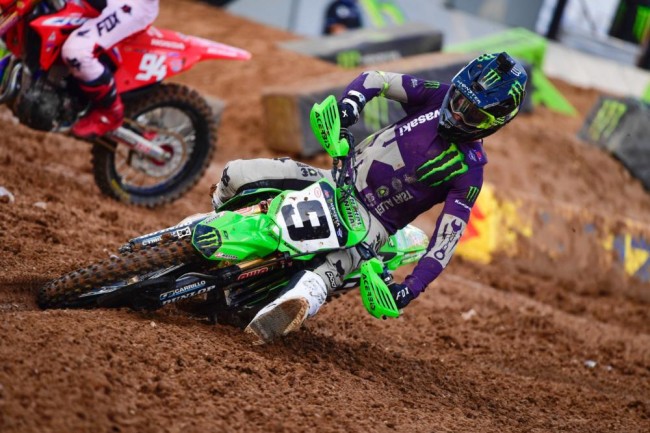 Despite heavy rain earlier the track was in almost prime condition of the final qualifying session that saw Adam Cianciarulo pip amateur rival, Cooper Webb, to the fastest time – with home boy Malcolm Stewart in third! But it’s close with only half a second covering the top six.

And a special mention should go to sixth place man Shane a McElrath who is making his 450 debut at round seven after a shoulder injury forced him to sit out the opening six rounds, with the Smartop MCR Honda rider going sixth fastest despite being in the B practice. Dean Wilson is also back in action despite his broken toe and put it in the top ten in eighth.

In the 250s a determined Christian Craig went fastest ahead of title rival and teammate Colt Nichols with Jett Lawrence right there third.