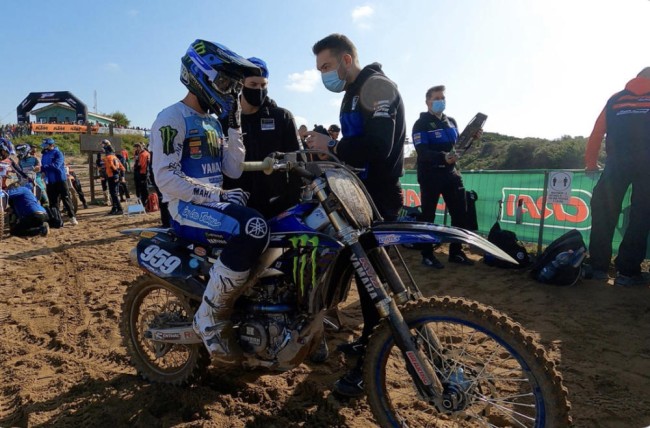 Maxime Renaux will not take to the start gate today in Italy despite beating his teammate for pole position in a rollercoaster first practice session of the season.

The unfortunate Frenchman was making his much anticipated Kemea Factory Yamaha MX2 debut but dislocated his shoulder (according to Motoverte) at the end of the session and will now head back to get further evaluation in a big blow for the young talent. But at least he has time to recover with no GP until May!

🇮🇹 Maxime Renaux went pole in MX2 Free Practice but unfortunately had a crash in the latter stages & will not race today. @KemeaYamaha teammate Jago Geerts was 2nd & will now go to the gate 1st in Renaux’ absence! 💢 pic.twitter.com/LfdcV7hp4t