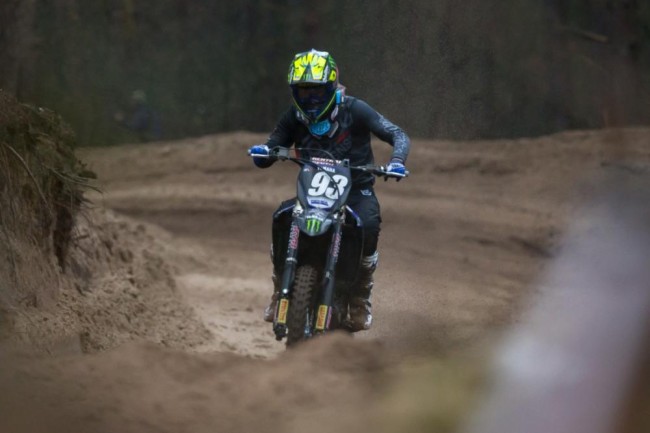 Jago Geerts won the first MX2 race of the Motocross season at Riola. The Factory Yamaha rider got a good start in third with Nicholas Lapucci holding the lead from Mattia Guadagnini with Geerts paying close attention.

Guadagnini tried to make a move on Lapucci before some nasty bumps at a very rough track caught him out as he hit the deck hard. Geerts with one minute to go passed Lapucci to take the win.

Tim Edberg had a strong race to take home a brilliant third position with Guadagnini in fourth after he had another small crash. Alberto Forato had a bad start but came back from outside the top fifteen to a strong fifth.

The top eighteen MX2 riders will be in action later today in the Superfinal. 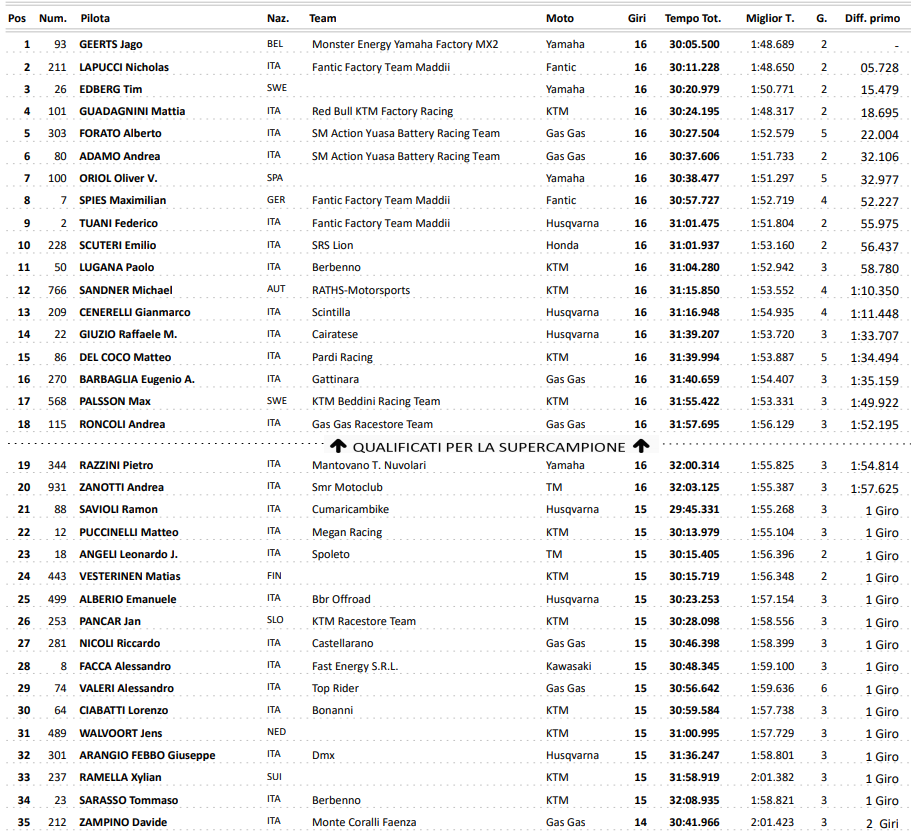