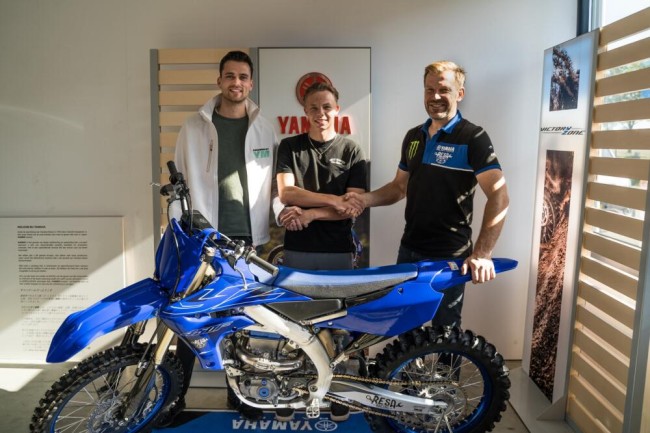 Raf Meuwissen will join the Young Motion powered by Resa team for the 2023 season. The 21 year old Dutch rider will race all European rounds of the MX2 GP’s riding a Yamaha YZ250F.

Ron aan de Stegge – team owner: ‘Even though he still is a young talent Raf gained a lot of experience in the past few years. Top 5 results in EMX125 and EMX Open show his speed, so we are very happy to sign a Dutch rider of this level!’ .

Raf Meuwissen: ‘Last season was cut short by injury, but I am fully recovered and have started my bike training. It will be my debut in the MX2 GP’s and am looking forward to it! Goal is fighting for points in every race and hopefully score a top 10!’.

Raf will also ride the Dutch Masters and German Masters. His MX2 team mate will be announced in the next couple of weeks.