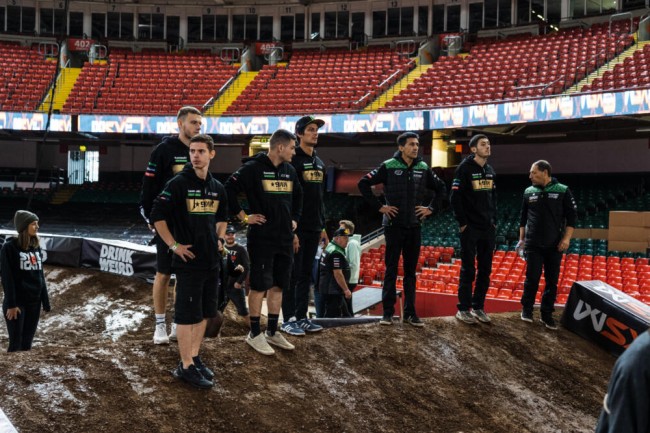 We caught up with Dassé to discuss the event, plans for the future and more.

GateDrop: Stéphane, the first WSX history, I thought it was a real success. Can you discuss how you think the event went from your point of view?

Dassé: For us it was very good, every point was. We were very welcome here and we feel with the promotor a real partnership. With the team, the riders it is good, so it was very positive. The setup around is incredible compared to what you are used to. For us it was good, we finished second and on the podium in the 250cc class. All our riders did very good things, in the 250cc and the 450cc, they were all in the top ten. They all rode well and even our replacement rider; Adrien Escoffier did a very good race and was fighting for sixth with all the top guys on the 450cc. A really good success and we are hoping the championship can grow next year because it’s something positive. We feel the public was very happy and us too so let’s go.

GateDrop: Just on Cedric Soubeyras and Adrien Escoffier, it’s probably a bit harder for them in the 450cc class because they’re riding against Ken Roczen and Eli Tomac, the best SX riders in the world. Cedric was riding well all day and Adrien in the last one was riding really well but it’s just a shame about the crash…

Dassé: Exactly. The top riders there is Roczen and Tomac but there’s also Savatgy and many others. They started good, Cedric surprised me a bit because he came back from injury only recently so we knew the last moto would be a bit hard physically. There’s a good mentality in the team and that is something that makes me happy and motivated to help and support them.

GateDrop: You are a man with plenty of experience, you have pretty much seen it all but have you ever seen a race format like that and what was your thoughts on it? Pretty chaotic!

Dassé: For the public, I think it was incredible. I think if they continue like that, people from all around the world will follow it even more. In Australia it should be good as well, it was a big success. I had a little bit of doubt before the event about the public coming because a big stadium like this, even with 10K it would look empty. It could have been similar to Germany a few years ago for the SMX Cup but it was a big success. I think it is good for the sport, this is what we want and we want more kids coming to Motocross. We are on a good way. 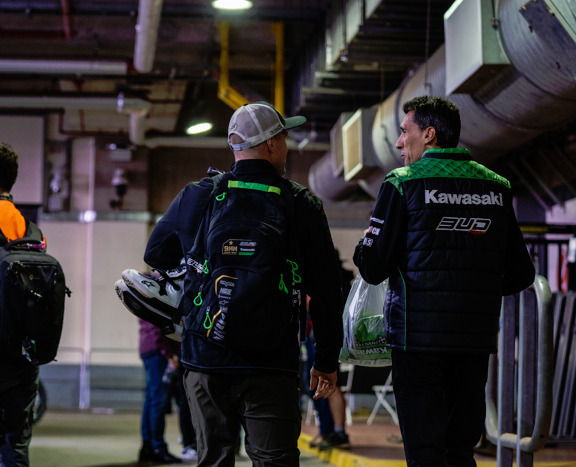 GateDrop: What was your thoughts on the track and how would it compare to an AMA style Supercross track?

Dassé: The stadium was big and the track was long. The track was good, and I think it was clever not to have it so there was too much difference between the riders. When the whoops are too big then maybe it can be worse for the racing. The track was technical but also at the same time, the whoops were accessible for all the riders, but you can make the difference in some corners and could do a block pass. I think it was a mix between Supercross like in America and a little bit of Arenacross like in the UK. For sure it was good, and the race format helped a lot. When the race is 6 or 8 laps when someone like Tomac has a 3-4 advantage, the race stops and then we go again so it was working good. It’s hard for the riders but for us as spectators it’s good.

GateDrop: What’s your plans for next year? I believe you will still race the EMX250 series and then you will do this again. It’s going to be quite weird as they’re probably going to overlap each other with WSX starting in September and MXGP continuing into October – you are going to be busy!

Dassé: Yeah, sometimes we are a bit afraid to think about it. But we will have two riders in the EMX250 class, we will try to be in front of that. We will have four riders for the World Supercross championship as well. We would like to have young riders for the EMX250 series but at the moment it is a bit difficult because of the dates like you say. We will setup the team the way we can and then we will go to America for the start of the AMA Supercross series to see who we can sign for the WSX championship next year.

GateDrop: Just on Quentin Prugnieres, he had a great season in the EMX250 series and was on fire towards the end of the season. You will want something similar in 2023 but if he continues to develop I think he’ll have plenty of GP interest for 2024 considering his age so it might be tough to keep hold of him…

Dassé: For sure. Quentin is only 17 years old; he had a very good end of season. It’s good for us but we aren’t here to keep him for that long. We did a good job the last four years, and the goal is to bring him to the best level to enter the MX2 World Championship in 2024. We have done our job with him; at the end of 2023 we hope that he will be on top of the EMX250 series and then he will probably go. We will then need to find his replacement; it will be time to teach and try to find a new project. This is what we like to do. For him, 2024 will be a good year for him to fly and do his best in MX2.

GateDrop: Eddie Jay Wade, he almost lasted the season injury free – almost! Is there any chance he can stay with the team and if not is the second rider decided yet?

Dassé: No, we haven’t decided the second rider yet. We were interested in keeping Eddie but he’s had a lot of injuries the past few years and he isn’t sure yet if he wants to keep racing at this level. He doesn’t know yet exactly what to do, maybe he will race in England at National level, but it is not sure. At the moment, we haven’t signed the second rider but it’s not so easy because we want two good riders. We are searching at the moment.