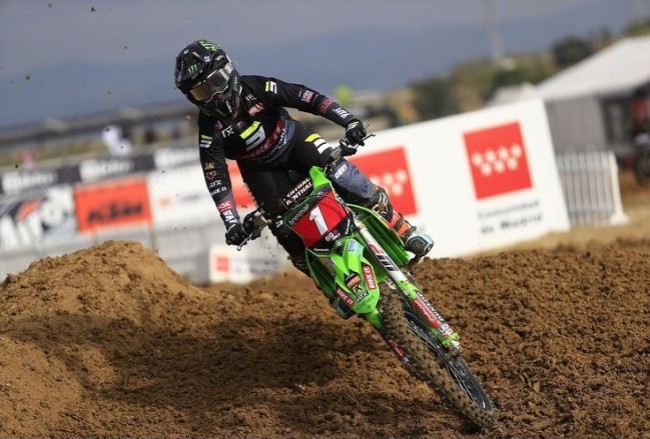 There was drama in the first WMX moto as Kiara Fontanesi took the early lead and Courtney Duncan was applying the pressure. The Kiwi then made the pass and touched Fontanesi in the process with the Italian hitting the deck and dropping to third. Duncan then crashed herself which gifted Nancy van de Ven the win!

Fontanesi then closed in on Duncan but couldn’t make a pass stick – she will be looking for revenge in moto two! 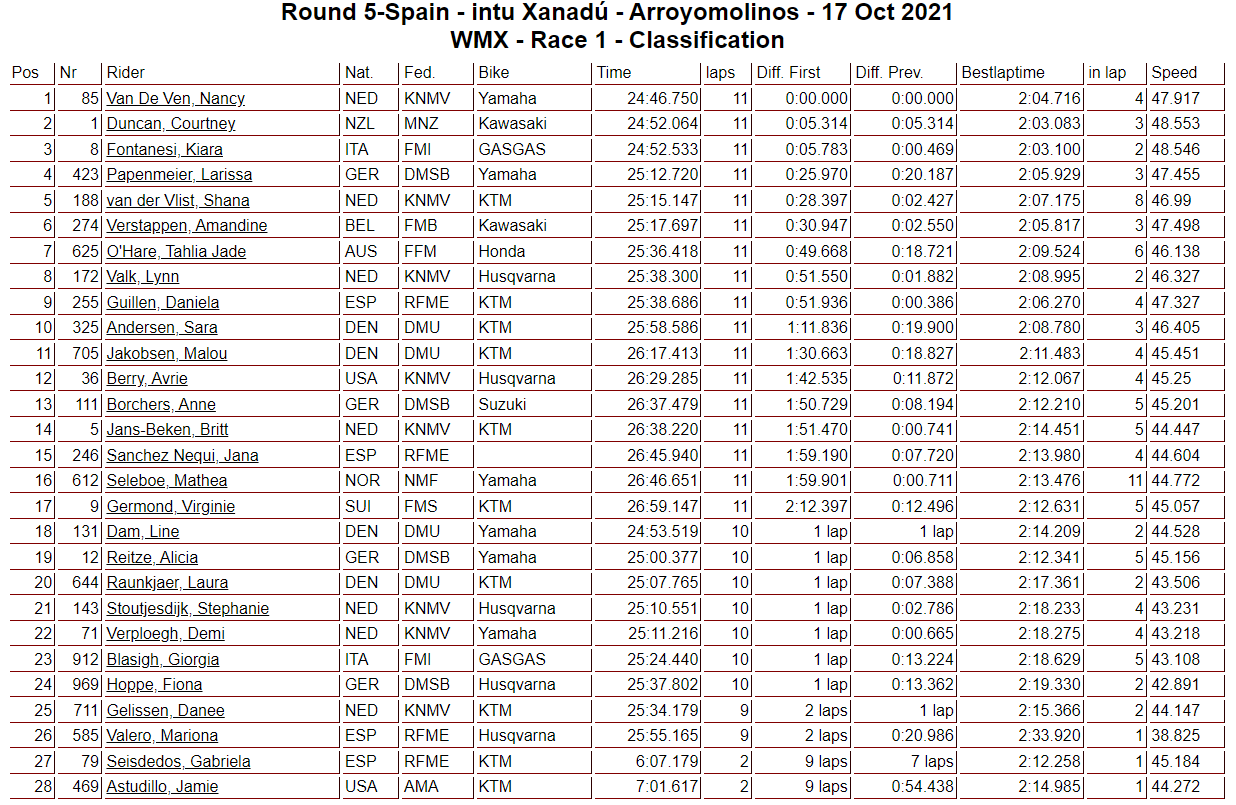 In the second moto, the race was won in the first lap as Courtney Duncan found her way into the lead as Kiara Fontanesi made a mistake which dropped her down to tenth. The Italian had to work hard to get back into third with Courtney Duncan dominating proceedings. 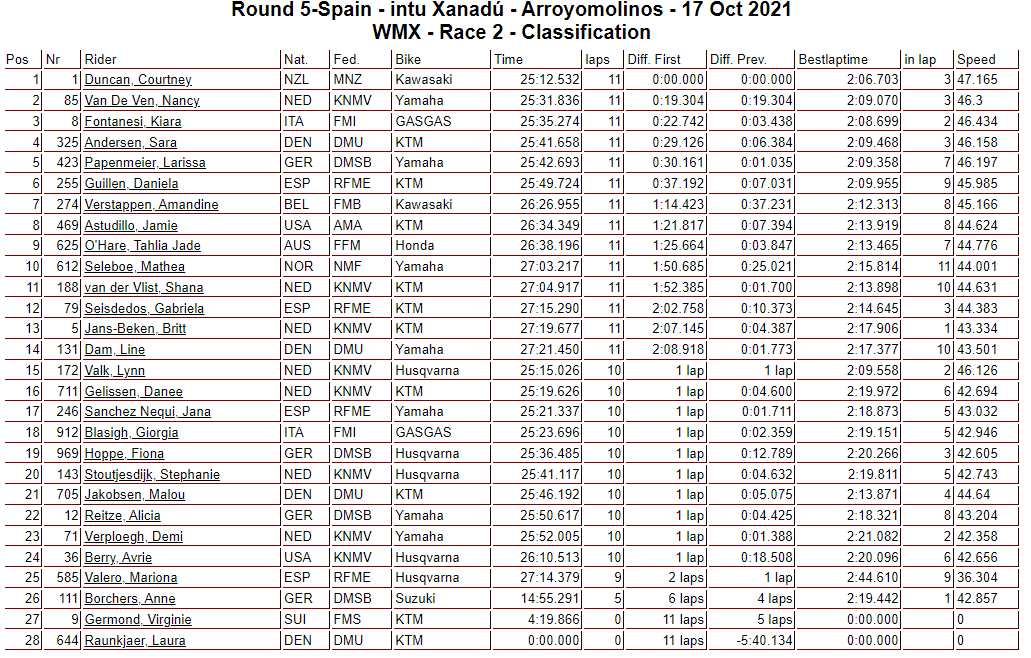 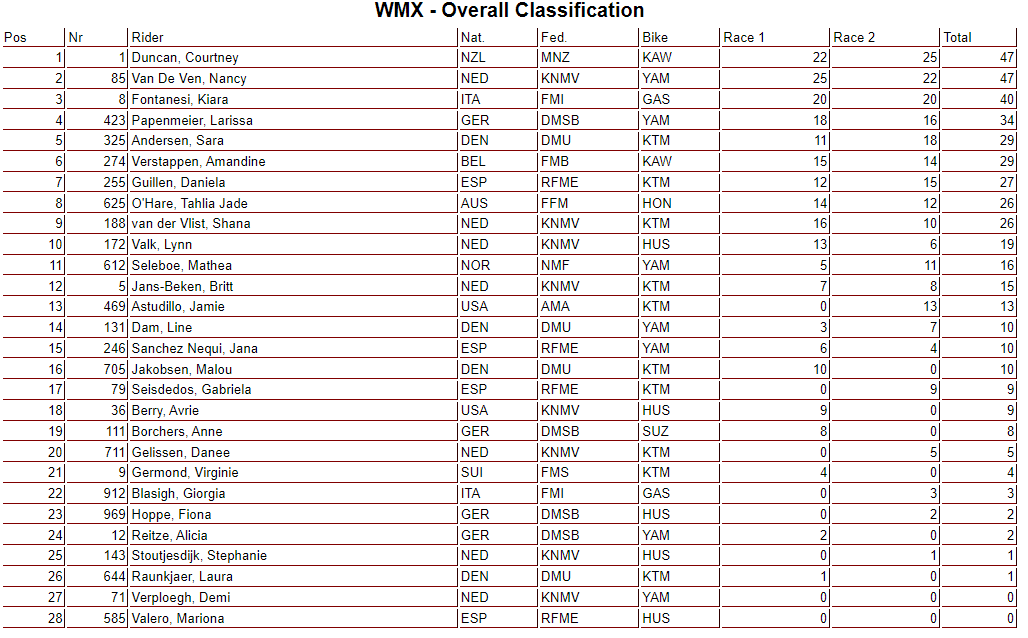