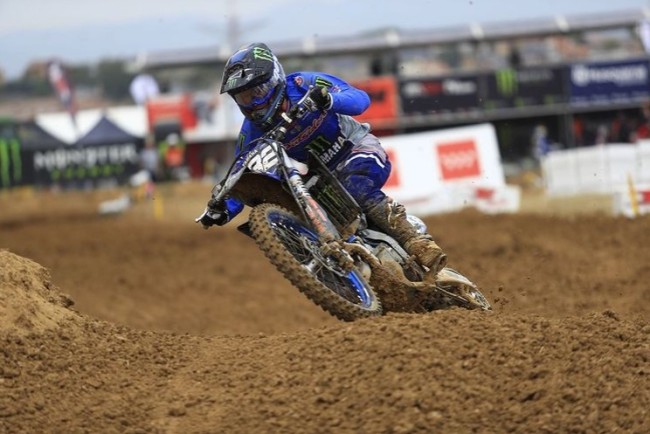 There was some superb racing in the opening EMX125 moto with lots of passing and some great battling on the man made Spanish track. In the end it was Ivano Van Erp who took the win as he held off Lucas Coenen who fought right until the last lap after a bad start – he set his fastest lap on the last lap but just couldn’t make a move on Van Erp.

Spanish rider, Edgar Canet had been battling for the win but in the end held off Bobby Bruce to take a brilliant third position. Championship leader, Valerio Lata had a bad moto after a bad start and a couple of crashes – the best he could do was eighteenth. 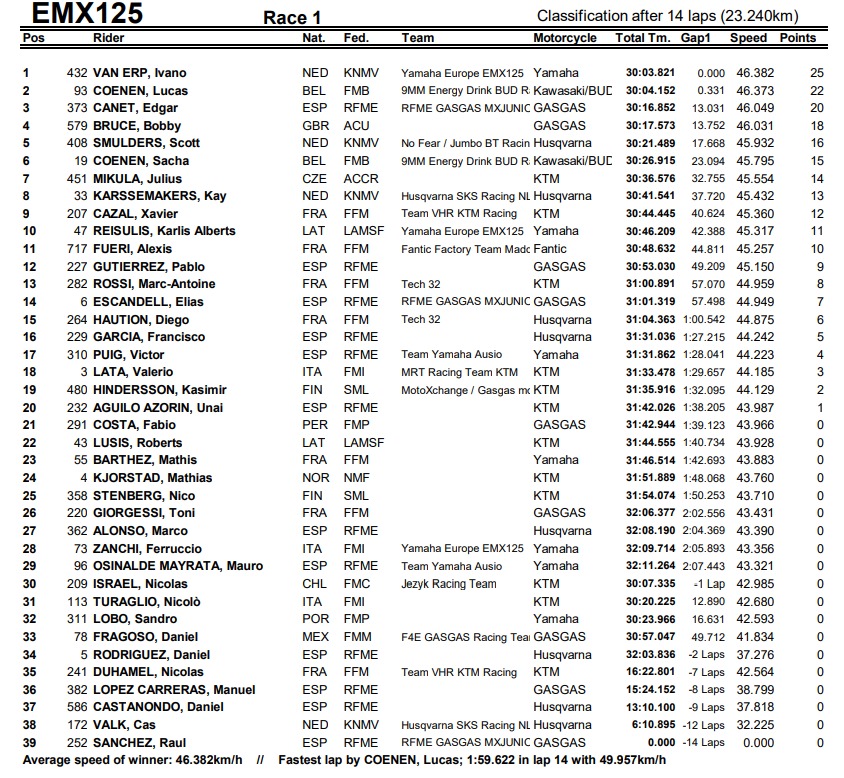 After a disastrous first moto, Valerio Lata had the perfect response as he won the second moto on his Marchetti KTM to keep hold of his championship lead. Bobby Bruce rode really well to make a late move on Spaniard, Pablo Gutierrez in the closing stages.

Ivano van Erp was the man on the day though as he backed up his first moto win with a fourth to grab his second EMX125 overall.

Despite a crash in the second moto, Lucas Coenen still did enough to secure third overall – that’s three podium finishes a row for the Belgian. 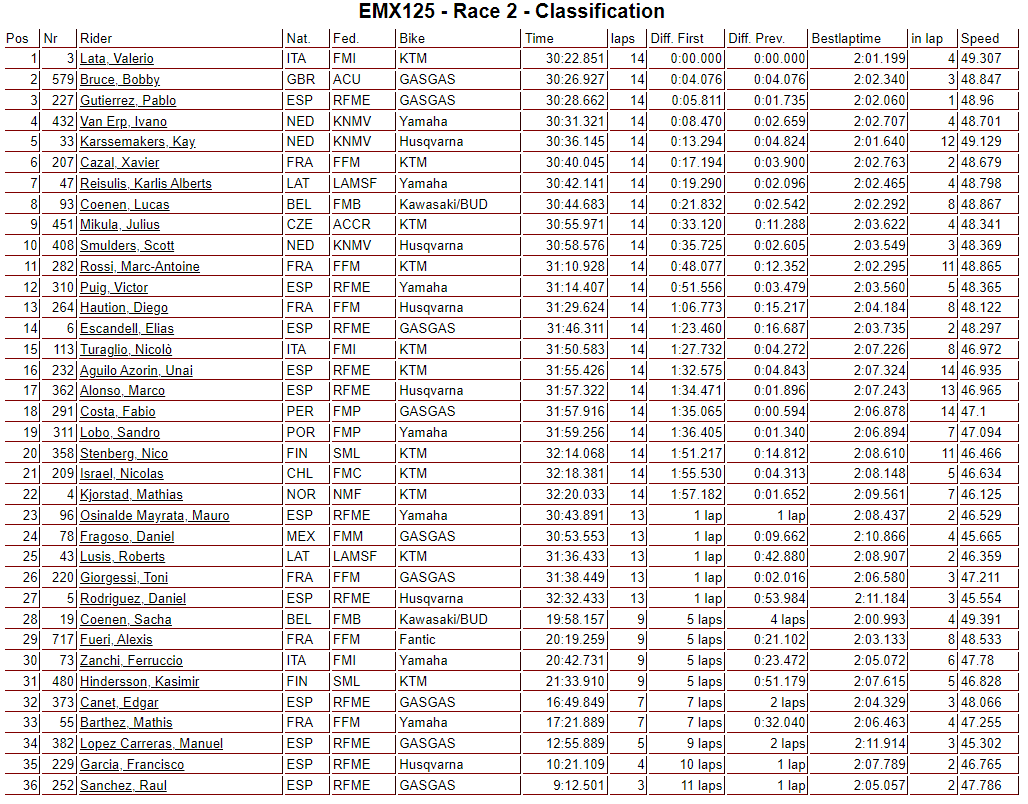 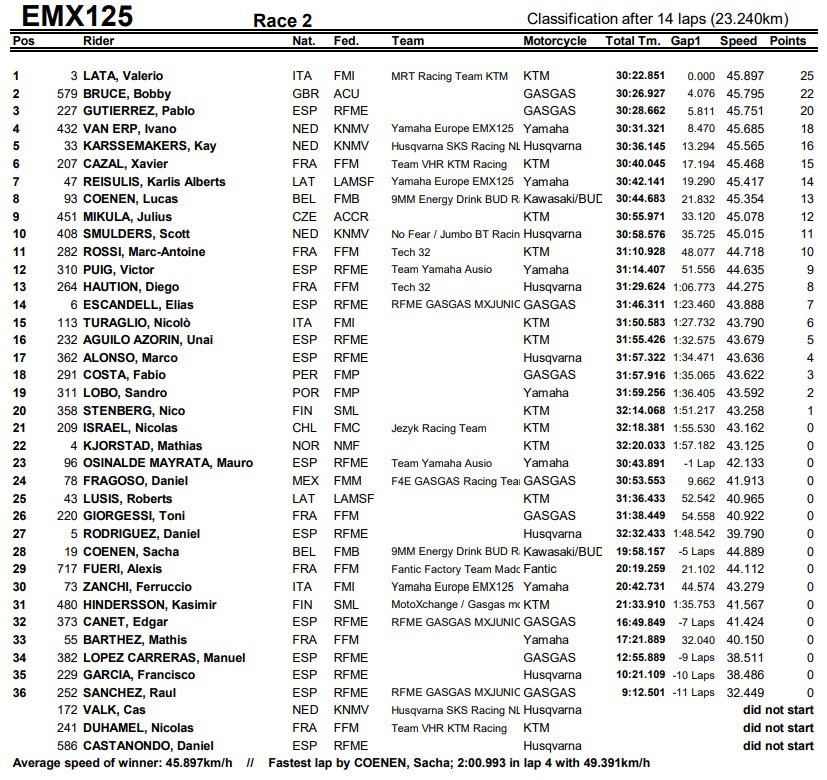 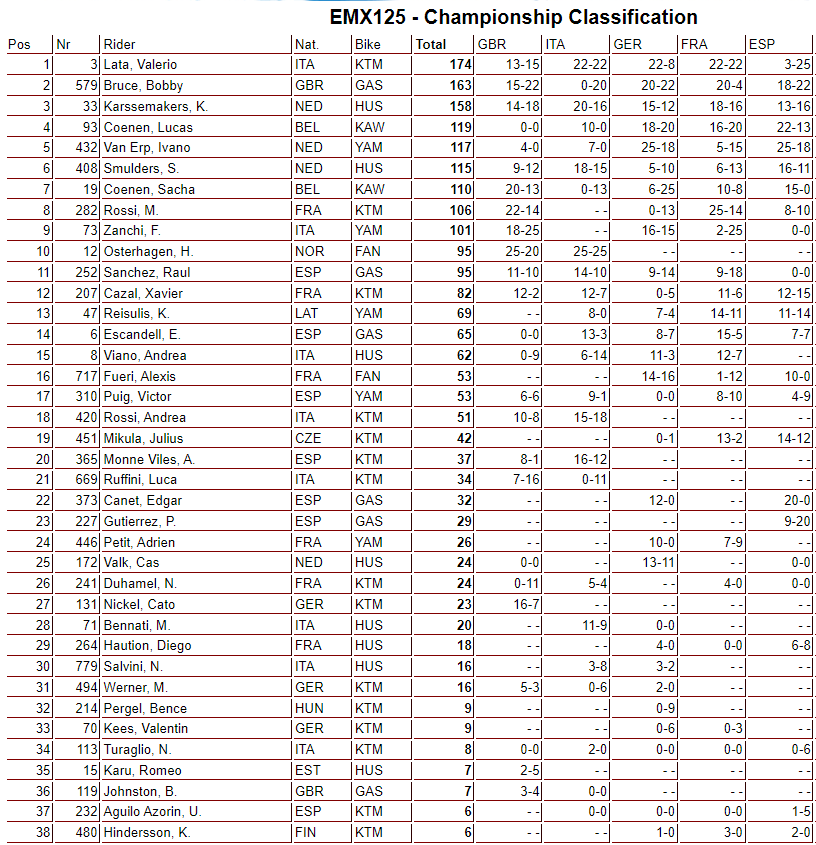