Race results: Olsen and Horgmo win the Superfinal at Alghero 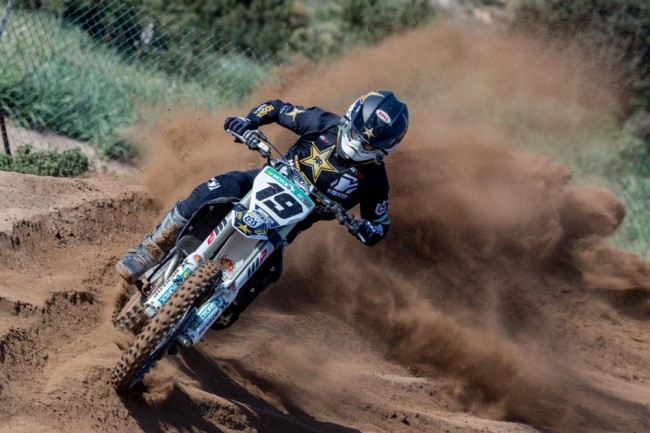 There were plenty of drama and great racing on show in the final race of the day at round two of the International Italian Championship.

When the gate dropped Romain Febvre took the holeshot ahead of Glenn Coldenhoff but there was carnage around the first corner between a number of MX2 riders. Both Jago Geerts and Nicholas Lapucci hit the dirt and got tangled which meant both got away dead last.

It was all going on at the front with Thomas Kjer Olsen the man on the move – he passed Coldenhoff and Febvre. With two laps to go Febvre responded and made the Dane work for his win but impressively held on – he looks at home on the 450cc!

Andrea Bonacorsi rode superb and led the MX2 riders until the very last lap! Kevin Horgmo ended up winning as he just held off Jago Geerts who came from the very back to second in MX2.

A shout out to Tom Koch who was flying on his Kosak KTM who spent the majority of the moto in fourth before Van Horebeek made a move on the German – fifth is still a fantastic result though! 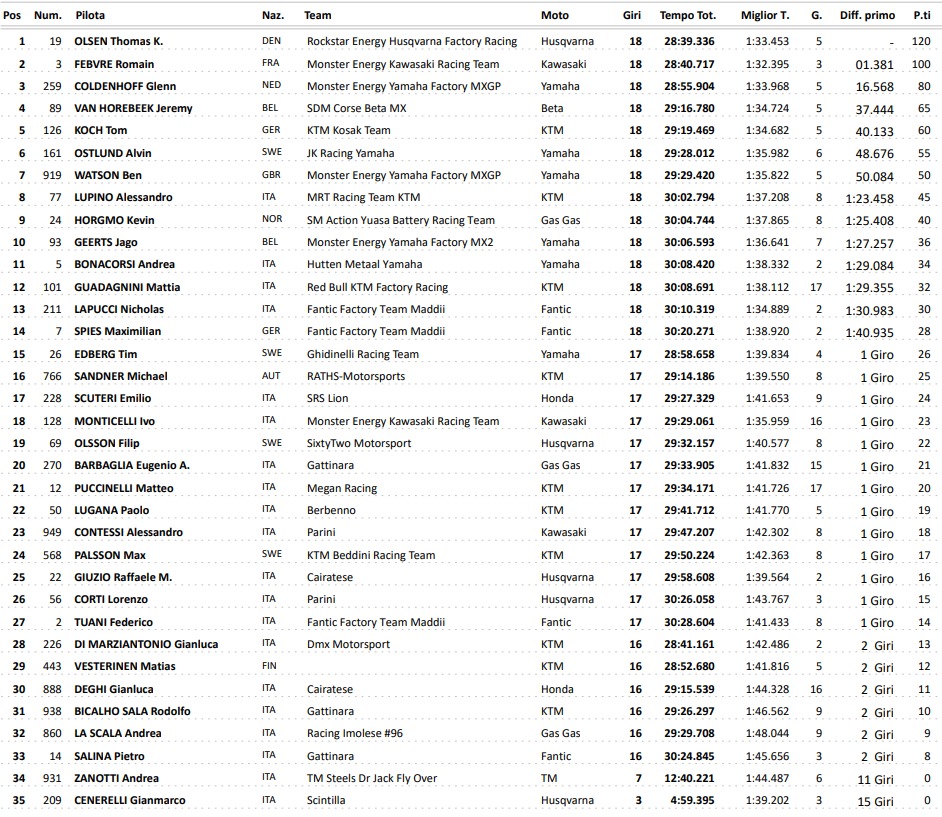