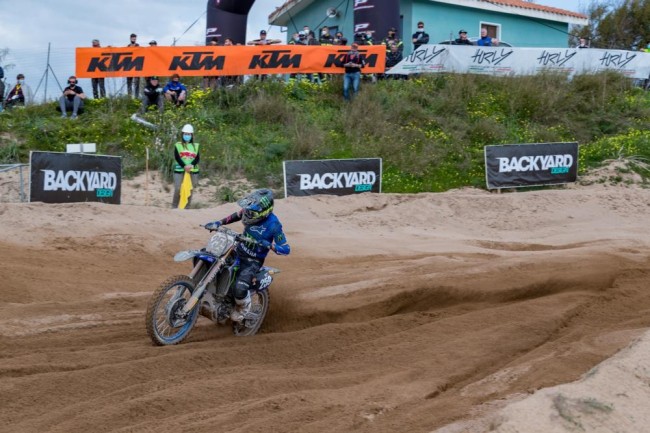 Despite being off the pace during qualifying and a bad gate pick, it didn’t hinder Glenn Coldenhoff as he got the holeshot in the MX1 moto and ending up taking the race win on his Factory Yamaha.

The Dutch talent had Monticelli, Lupino and Olsen in hot pursuit during the opening laps. KRT rider, Monticelli was keeping Coldenhoff honest until around the half way mark until he made a mistake and dropped back to third.

Thomas Kjer Olsen was the man on the move as he worked his way into second and was making ground on Coldenhoff for the lead. The Husqvarna rider then stalled which saw him settle for second.

Rounding off the podium was Ben Watson making his Factory Yamaha and 450cc debut – he looks good on the bigger bike.

Monticelli faded back to fourth ahead of his team mate, Romain Febvre who looked to have arm pump and not take any risk.