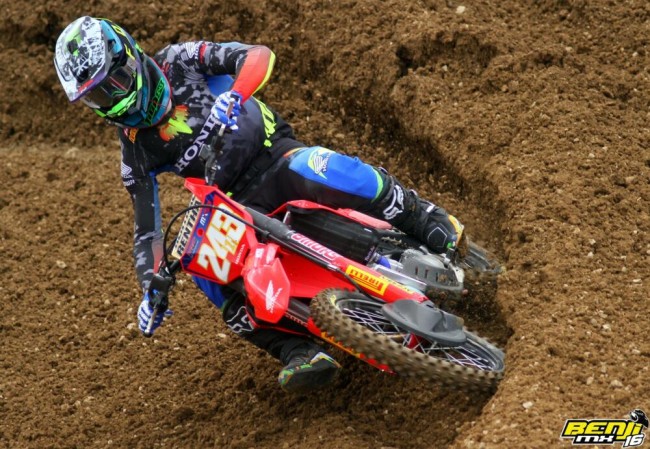 In the opening MXGP race, Jeremy Seewer rode a superb race on his Factory Yamaha leading from start to finish. It was Romain Febvre who was in second in the early stage but Tim Gajser was able to make a pass on the KRT rider and then set his sights on Seewer.

With two laps to go it looked like Seewer had the win in the bag but Gajser but the pressure on in the final lap but the Swiss talent held on to take the win.

Febvre had a lonely race in third as Jorge Prado held off Maxime Renaux for fourth.

The second moto was an intense affair at the head of the MXGP field with Jorge Prado getting a holeshot – his first in a while! The Spaniard was riding well and looking comfortable at the front despite some recnt health issues and was leading going into the final lap. Seewer who had put pressure on Prado the whole race then made a mistake on the final lap which saw Gajser move into second.

It was a superb final lap for Gajser as he then wasted no time to pass Prado and take the moto win as Seewer still couldn’t pass Prado.

Renaux was at the front of the pack before fading to fourth and holding off Romain Febvre. 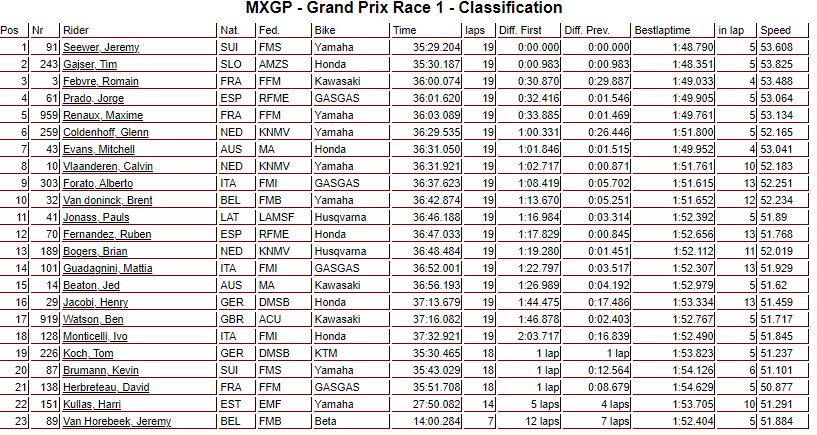 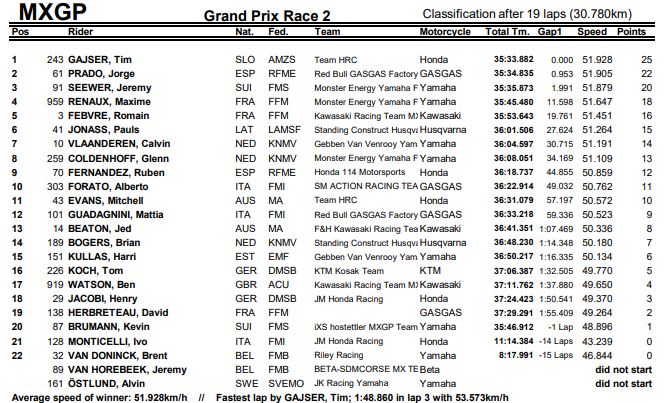 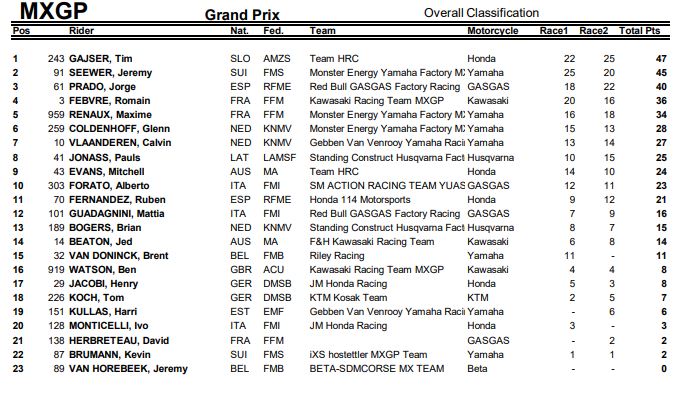 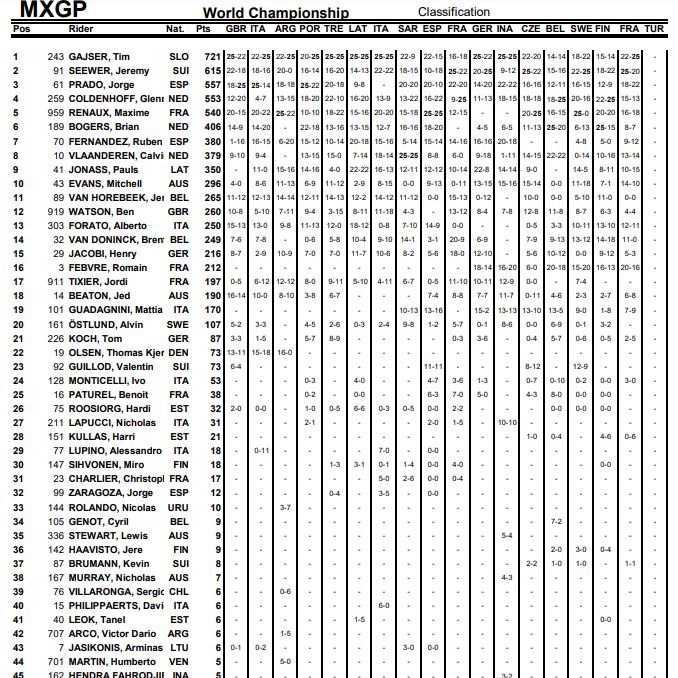