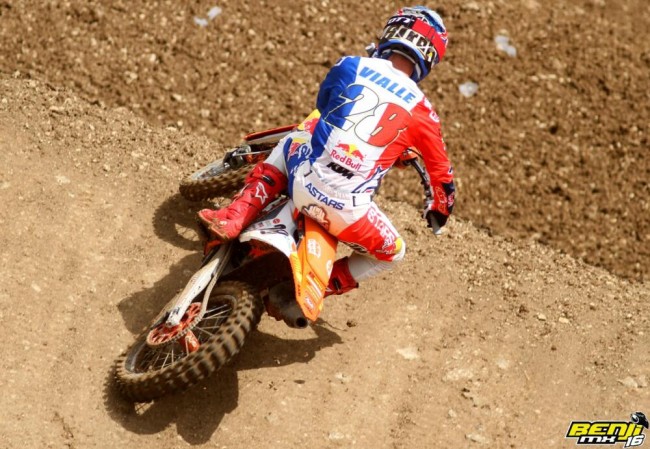 The MX2 World Championship championship battle might be between Tom Vialle and Jago Geerts but Thibault Benistant had other ideas in the opening race. There wasn’t much to seperate the front three in a very very intense race at a track difficult to pass on.

With two laps to go Vialle made a mistake and hit two tuff blocks which allowed Benistant a little bit of breathing space at the front and left Geerts all over Vialle.

The Factory KTM rider managed to regroup and keep Geerts behind him but Benistant rode a superb race at the front making less mistakes in almost a faultless race.

The second moto had all sorts of drama! Tom Vialle got a good start and ran into the distance. Meanwhile, Jago Geerts didn’t get a good start and was in fifth trying to make passes. The Belgian had a costly crash demoting him to seventh and then towards the end of the moto had another crash. A lifeline for Tom Vialle as this championship will go down to the wire – there’s now only two points in it heading to the final round.

At the front it was a French 1-2-3 with Benistant finishing a lonely second and the very impressive Tom Guyon holding onto a superb third. 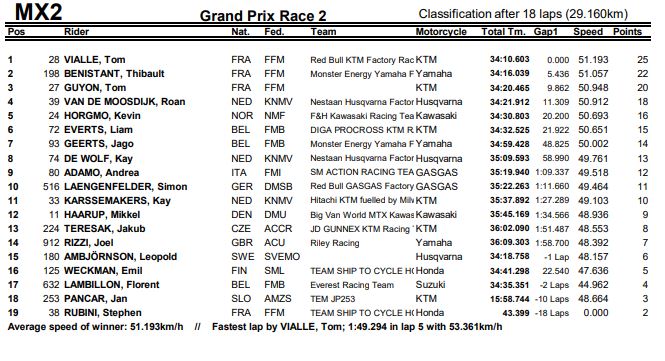 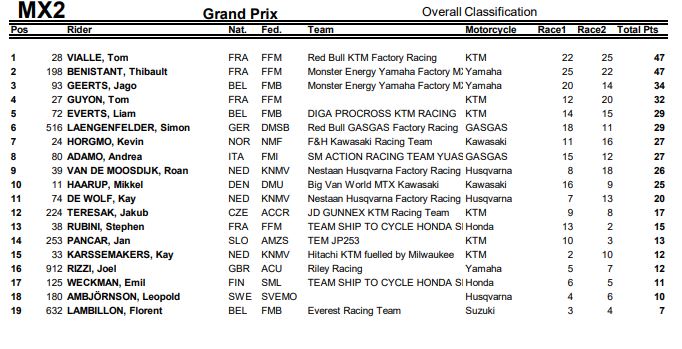 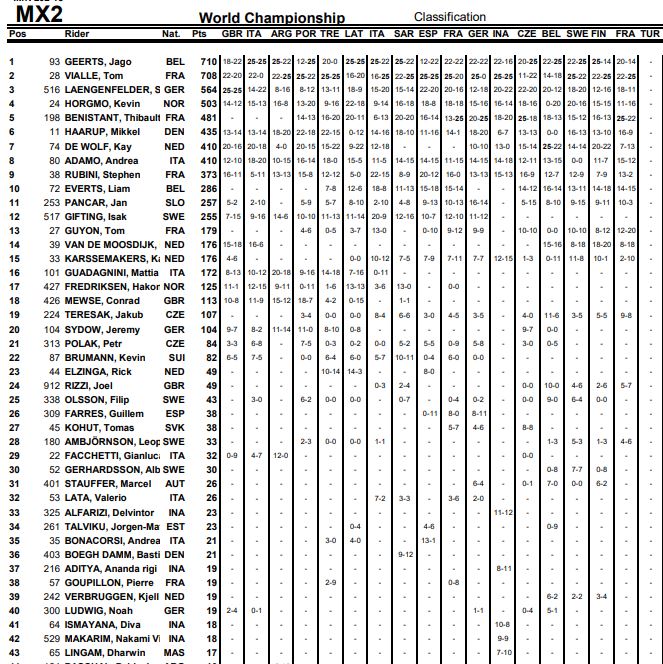