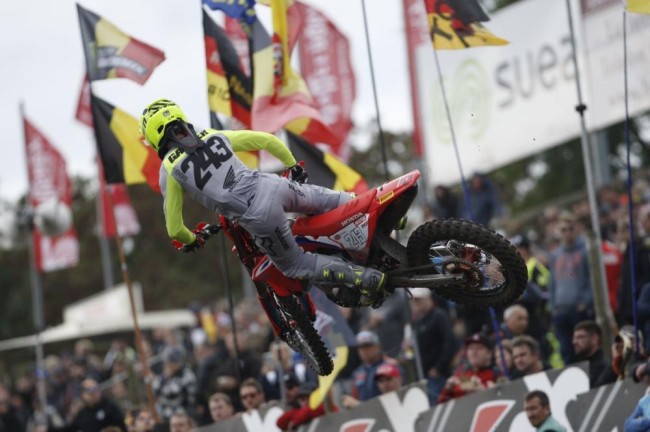 It was a carnage end to the first MXGP race of the day in Germany! Jeffrey Herlings had the initial lead but Jorge Prado made a pass on the opening lap. The young Spaniard then pulled away while Herlings had pressure behind from Gajser and Febvre with the Slovenian passing the French rider.

Herlings then set his sights on Prado and thought he made with three laps to go before Prado reacted. Then on the final lap nothing separated them with it being 0.1 of a second at the line but Prado cut across Herlings and they both went down after the chequered flag. Prado ended up in a stretcher so it remains to be seen what injury he has. More drama in a crazy MXGP season! 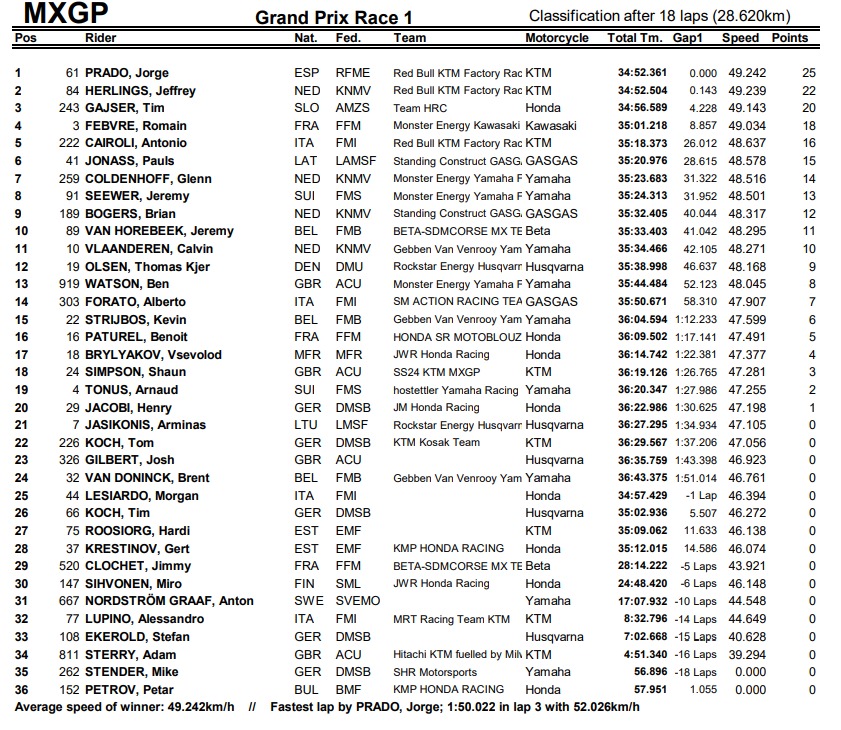 With Jorge Prado ruled out for the second it moto it left the door open for the overall win. Romain Febvre took the holeshot with Tim Gajser not getting the best of jumps out of the gate but he was very aggressive on the opening lap to move up to second.

Febvre led for eleven laps but then Gajser made the move and pulled away to take the overall win and the championship lead back.

Herlings ended up a distant third after passing Coldenhoff but he didn’t ride with the same flow as moto one. In his post race podium interview he admitted he was riding with a painful knee.

Jonass had a good day on the Standing Construct GasGas for fourth overall. 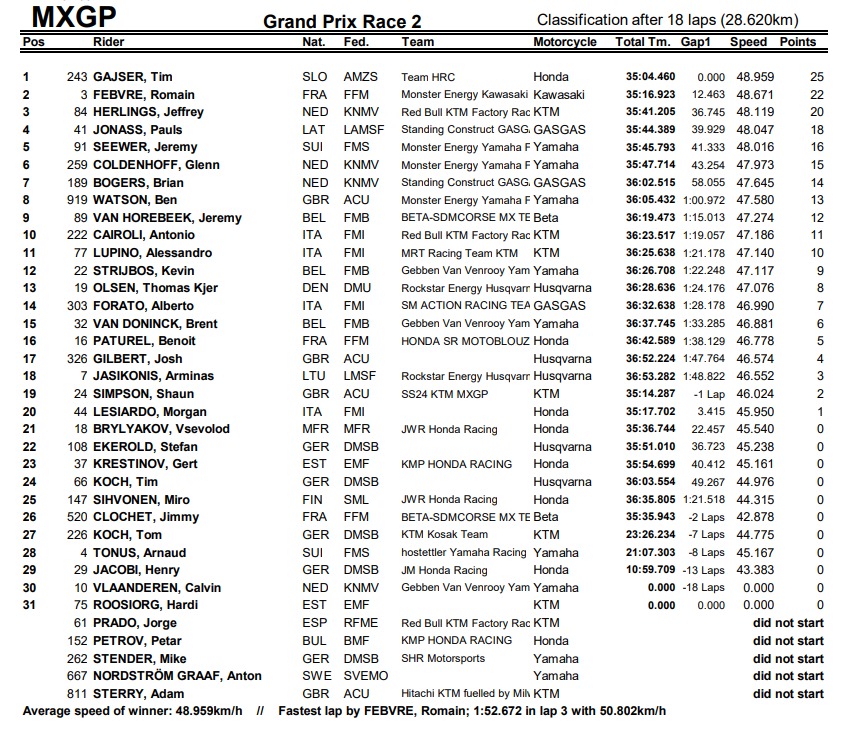 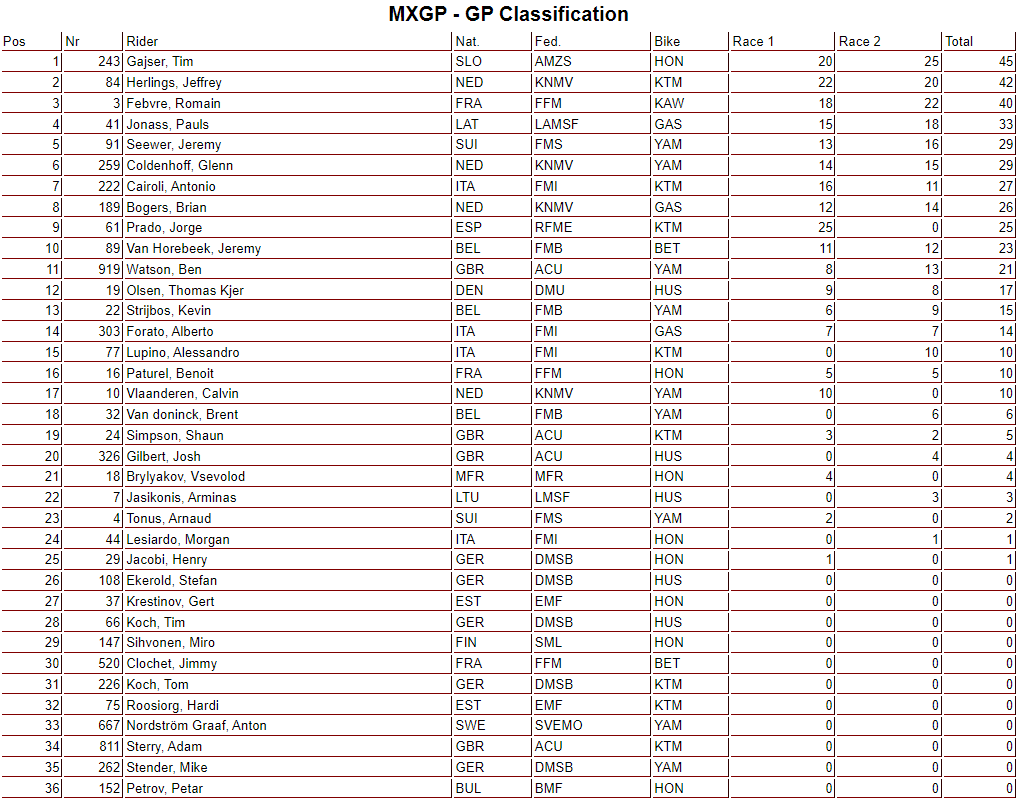