Jorge Prado injury update: OUT for moto two in Germany 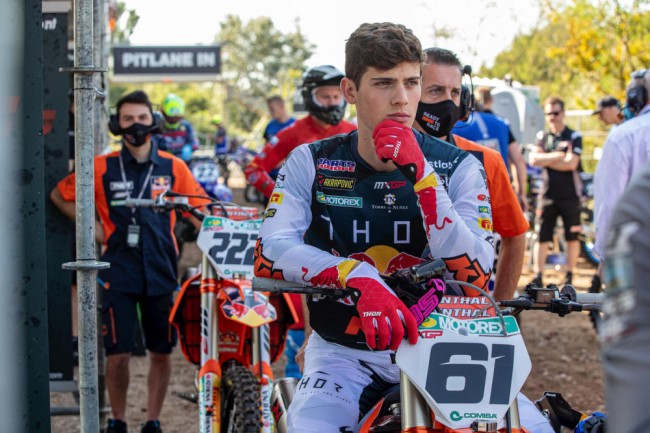 Jorge Prado has provided an injury update after winning the first moto in Germany but crashing after the finish jump and collecting Jeffrey Herlings in the process.

The good news for Prado is that nothing is broken but he did require some stitches. He is out for the second MXGP moto in Germany but will be hoping to be back at round twelve next weekend in France.

“Jorge is fine, he is in the hospital to treat a deep cut on his arm, near the armpit. Tests are being done and stitches are being applied to close the wound. He will not race the second race and we expect a quick recovery. Thanks”, Prado’s team stated on social media.

You can see the crash, here: