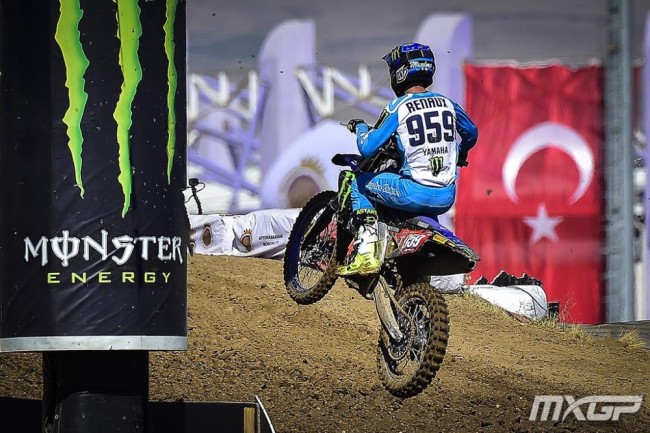 Tom Vialle took the holeshot in race one but his KTM team mate, Rene Hofer passed him on the first lap and led for eleven laps before the Frenchman passed him to take the win. Maxime Renaux was the man on the move as he closed down a seven seconds gap with him and Hofer actually closing the gap to Vialle with two laps to go in what was an intense moto.

Conrad Mewse and Mikkel Haarup didn’t make use of the good gate selections they had but they both rode well to come up to seventh and twelfth respectively. At times Mewse was putting in the quickest lap times of the race and was able to make fast passes despite it being very tough to pass. 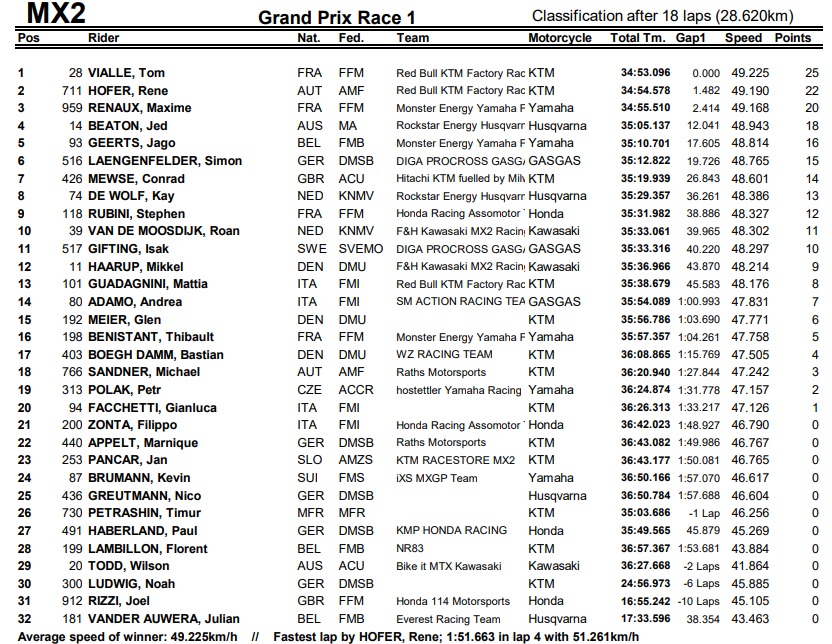 The second race was more straight forward for Tom Vialle as he grabbed the holeshot and led every lap at a technical Teutschenthal circuit to secure another overall win. Maxime Renaux did close the gap down to around two seconds but then looked to settle for second as even if he made the pass he still wouldn’t have won the overall.

Jago Geerts missed out on the podium but moves into second in the championship after a day to forget for Mattia Guadagnini. It’s a day Rene Hofer will remember for a long time as he rode fantastic to secure his first MX2 podium. 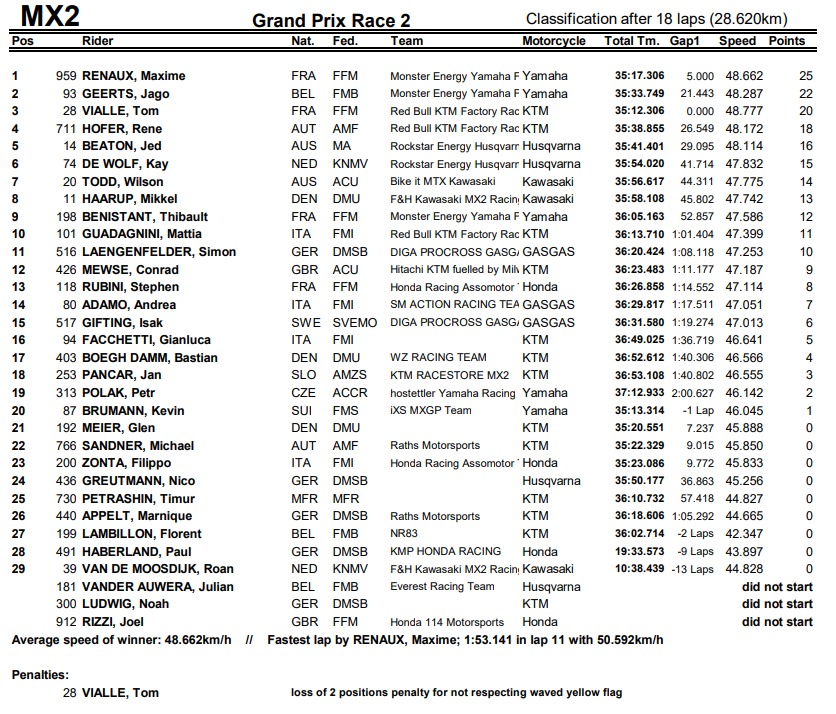 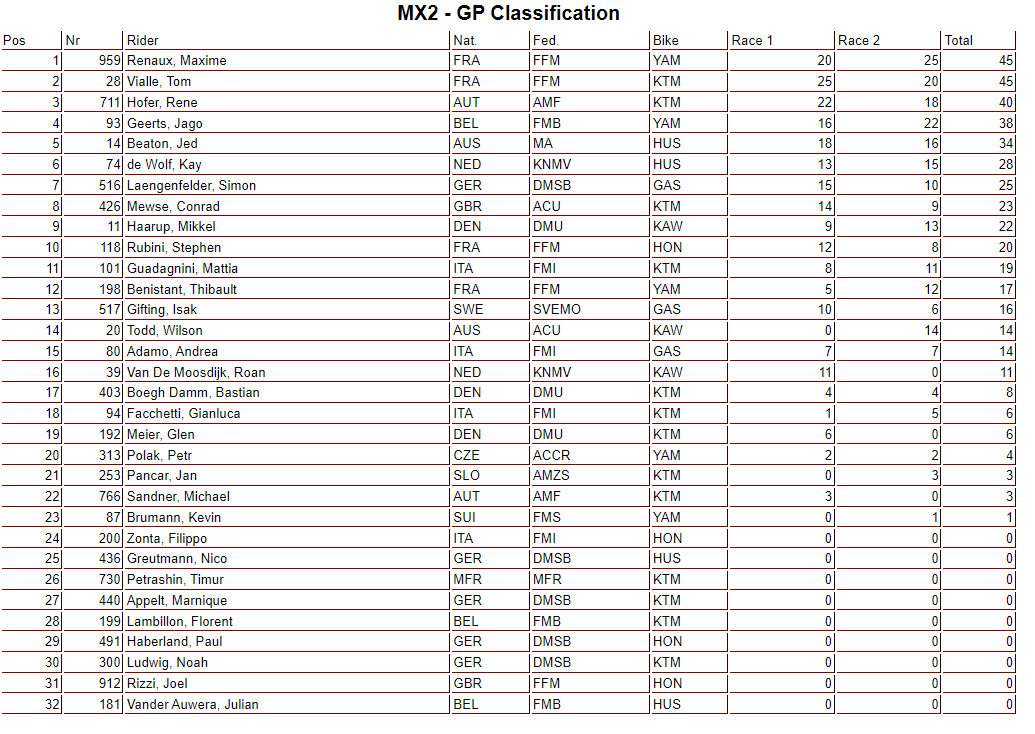