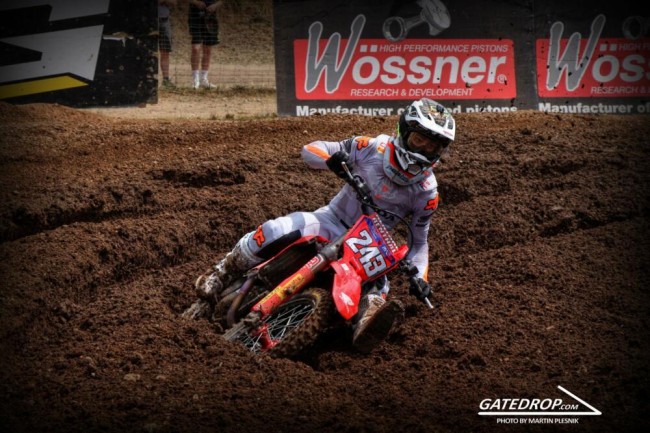 The opening race was the Tim Gajser show as he got the holeshot and never looked back running into the distance in the technical and slick conditions. Behind him was Pauls Jonass on his Standing Construct Husqvarna who was comfortably second the entire race with Jeremy Seewer in third.

There was a good battle for fourth with Romain Febvre, Jorge Prado, Ruben Fernandez and Mattia Guadagnini all involved. It looked like Prado would make a move on Prado but then the Kawasaki man was actually able to pull away and then Prado had a small crash. The crashed dropped him down to seventh which is where he finished – behind his team mate Guadagnini who continues to show good things on the 450cc.

In the second moto it was Jeremy Seewer who took the best possible start leading on the opening lap. Jorge Prado was second but it didn’t take long Gajser to find his way past and into second spot. It looked like he might charge down Seewer but credit to the Swiss talent as he responded and then pulled away at the front. Gajser then settled for second to take the overall win after being off the podium the last three Grand Prix’s.

Prado rode better than in the first race but was still a distant third ahead of Calvin Vlaanderen who was able put a few bad races behind him. 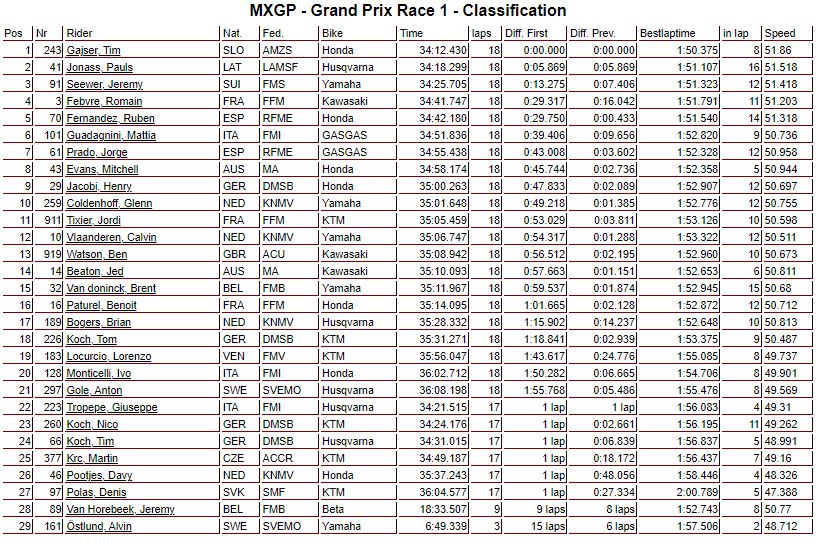 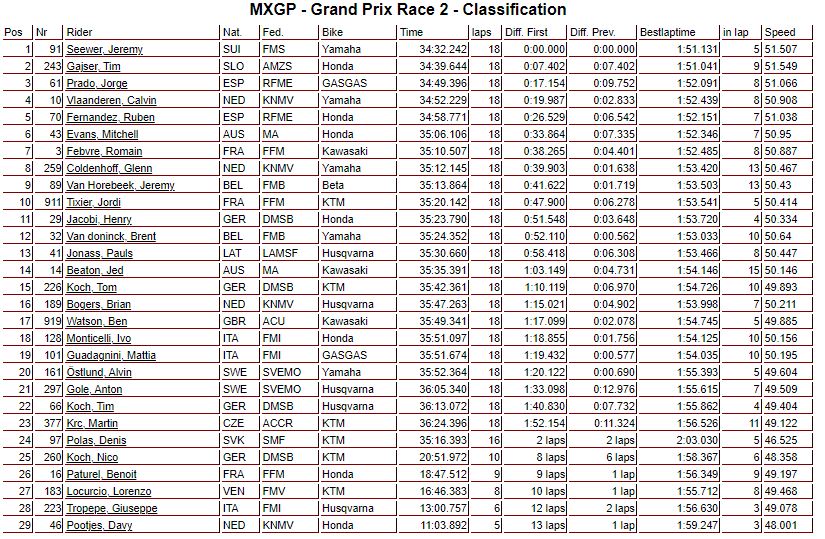 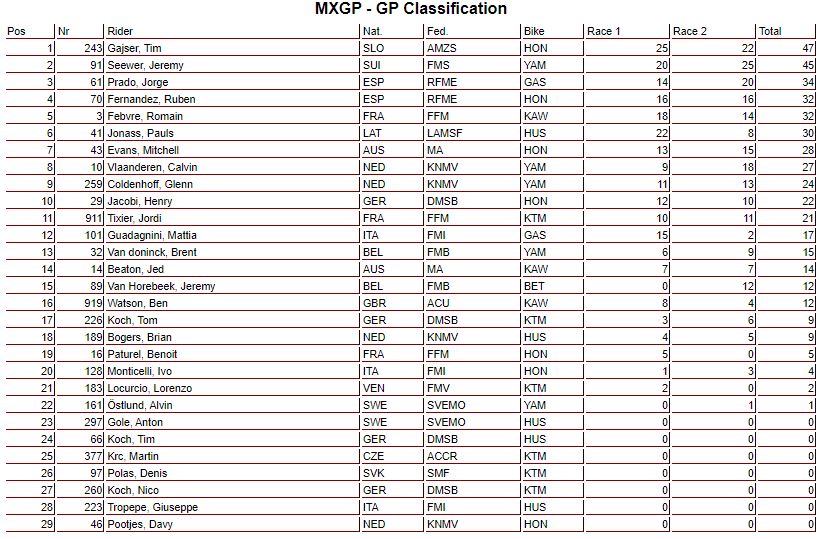 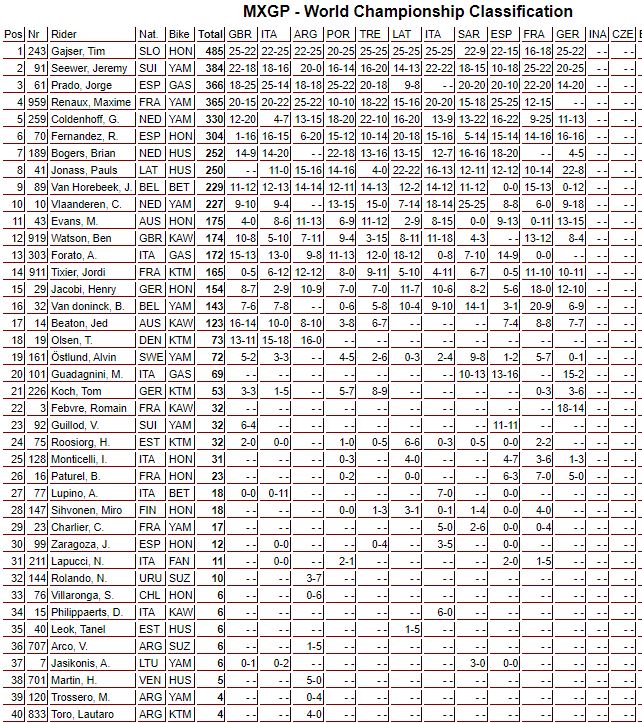