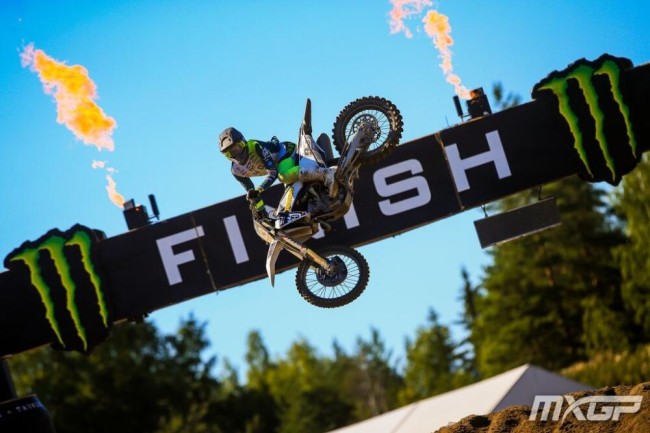 Lucas Coenen quickly got himself into the lead of the opening moto but then had a small crash and picked it up again in fourth. An exciting battled formed for the lead with Osterhagen, Mc Lellan and Coenen quickly on the case.

Osterhagen was actually looking good at the front but then made a costly mistake up the waves which saw him drop to third. Coenen then quickly moved passed Mc Lellan and despite the latter passing him back again – Coenen reacted and then pulled away to take another impressive victory in very rough conditions.

One rider that has the speed to run at the front is Andrea Bonacorsi who was involved in a first lap pile up but came from virtually dead last to sixth.

The second moto was looking like it would be on between Coenen and Bonacorsi as both got away one and two but in truth Bonacorsi who spent a lot of energy in the opening moto had nothing for the BT Husqvarna rider.

Coenen was riding a different track to the rest which is already destroyed after Saturday’s action but the young Belgian loved the brutal conditions. Cornelius Tøndel rode much better in moto two to finish third and with Rick Elzinga only managing seventh, the championship will be decided at the final round in France.

Camden Mc Lellan secured his second EMX250 podium in a row on his TBS Conversions KTM. 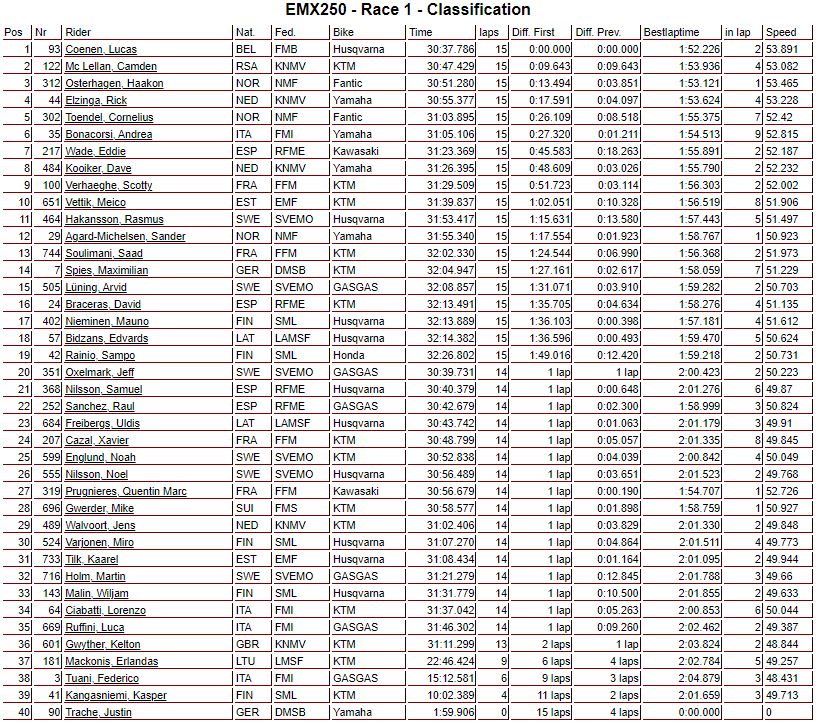 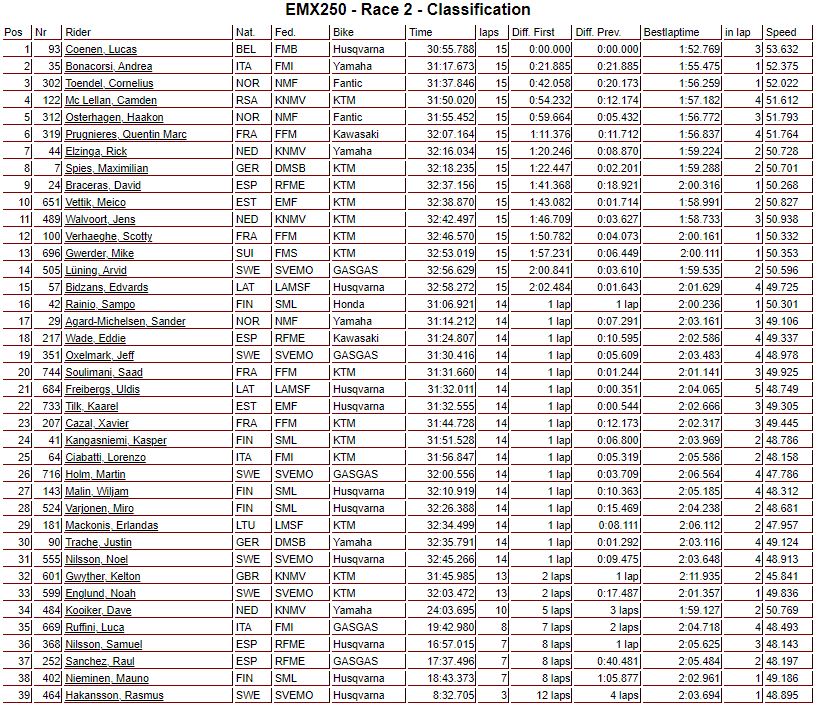 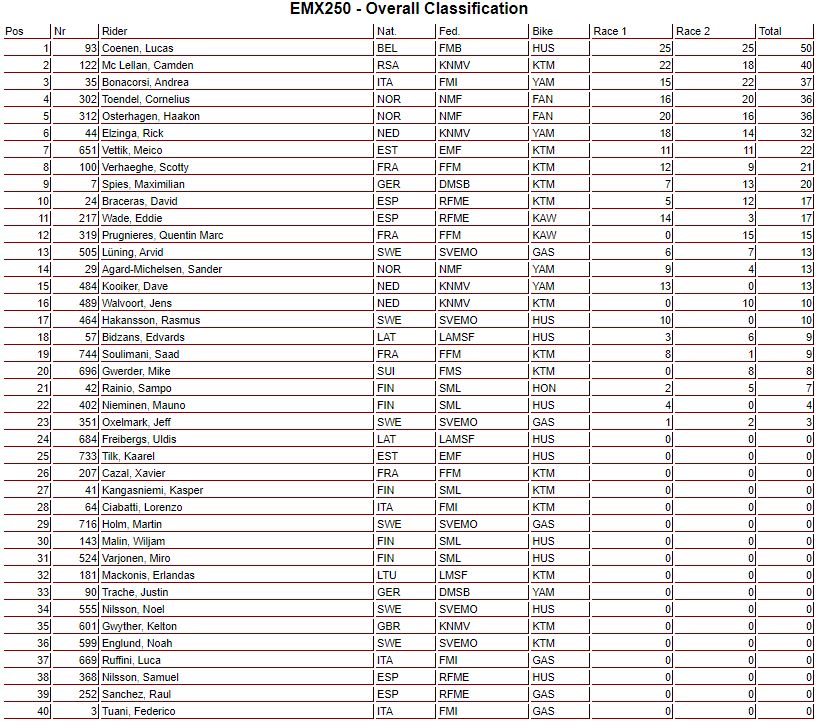