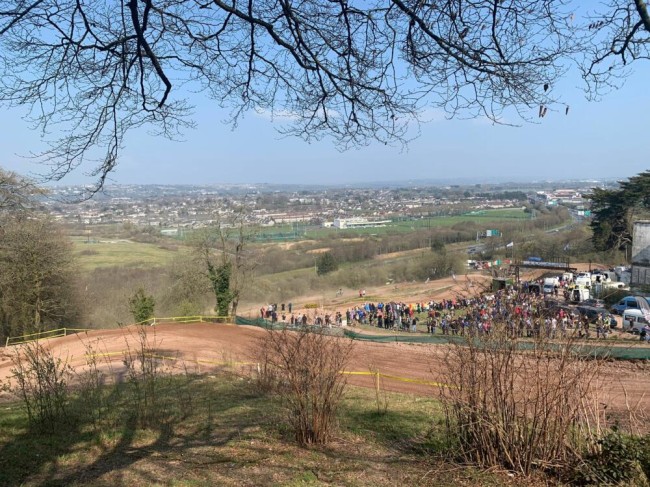 In the opening expert race it was first blood to John Meara who took a strong win ahead of his younger Brother, Jason Meara in a Meara 1-2. Stuart Edmonds ended up third ahead of Glenn McCormick and James Mackrel. 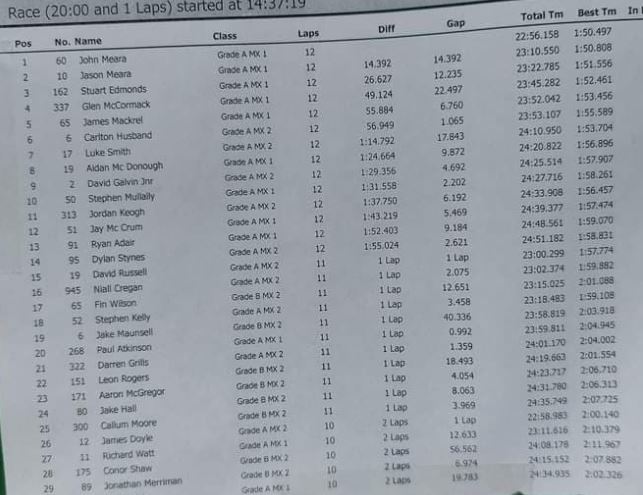 In the second moto it was Stuart Edmonds who took the win and with it the overall. He won race two ahead of Jason Meara but there wasn’t much in it – just a second and a half. Race one winner, John Meara came home in third ahead of Glenn McCormick and Luke Smith.

Carlton Husband won the MX2 class but David Galvin was hot on his heels. 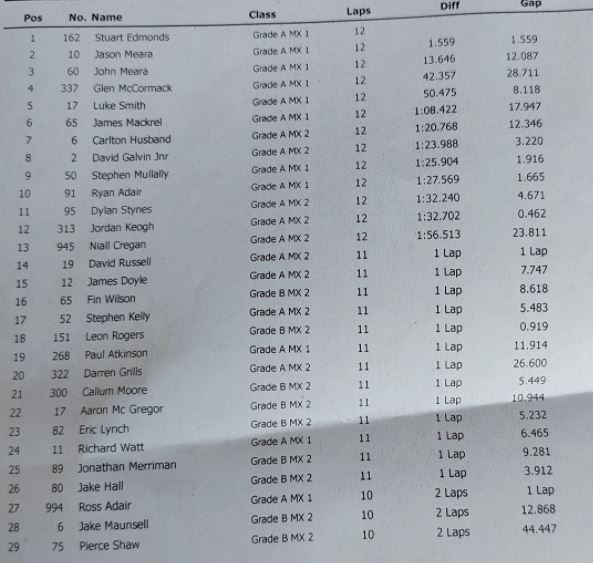