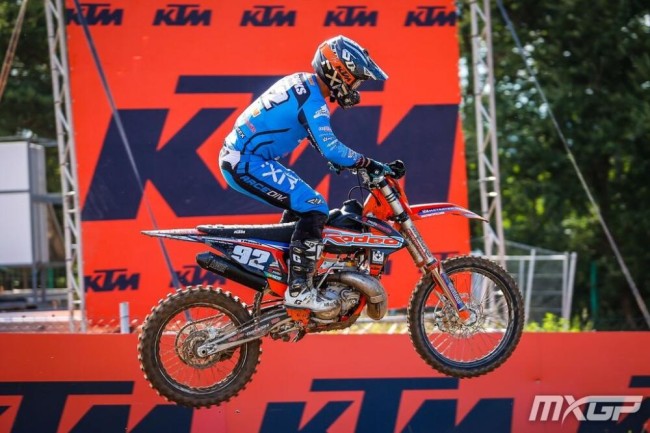 When the gate dropped for the first moto it was Hakon Osterhagen who ripped the holeshot on his Fantic. The Norwegian was looking comfortable at the front but had Meico Vettik and Toms Macuks not too far behind him. Disaster struck with around fifteen minutes to go as Osterhagen had a bike issue dropping way back down the order.

Meico Vettik took over at the front but Latvian, Toms Macuks had another ideas and once he saw Osterhagen have issues almost immediately moved to the front. It was looking like a comfortable win for Macuks but then with two to go Vettik was right there! Macuks did well to hold onto the lead on his KTM machine.

Johannes Klein rode well to come home in third as Osterhagen got himself back up to sixth.

In race two, Osterhagen’s bike lasted the distance this time as he dominated proceedings at the front of the field. Macuks didn’t get the best of starts but worked his way up to a solid second to win the overall and the EMX2t title.

Vettik was on course for a podium but came together with a back marker in the closing stages of the race which seen him hit the deck. The Estionian clearly wasn’t happy and then punched the back marker before carrying on with his race! The organisers decided to disqualify him from the race for unsporting behavior. 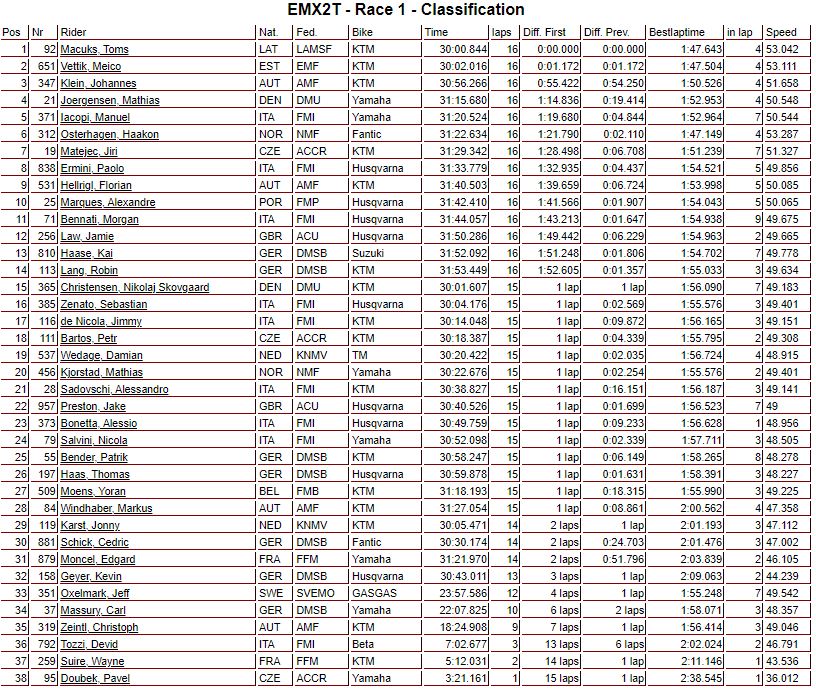 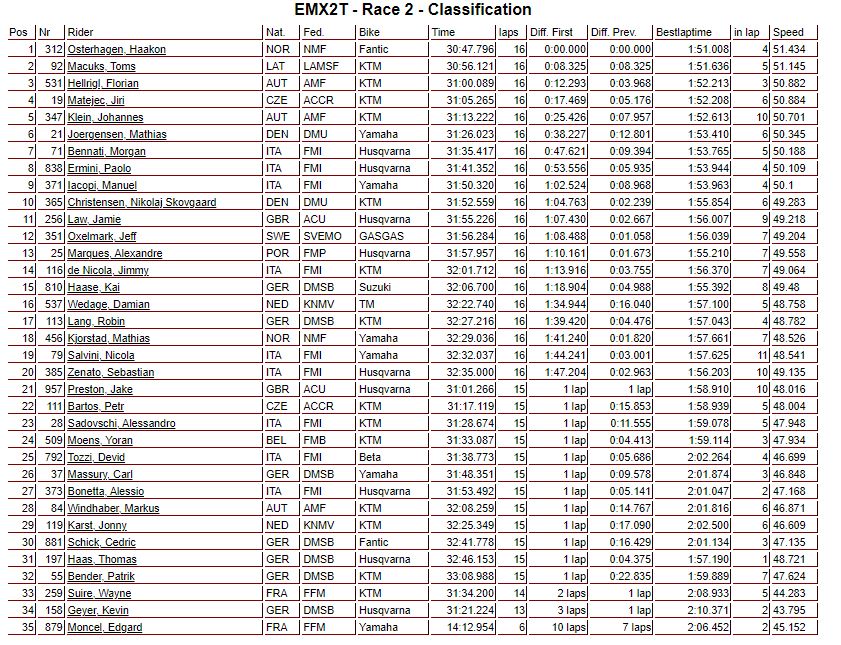 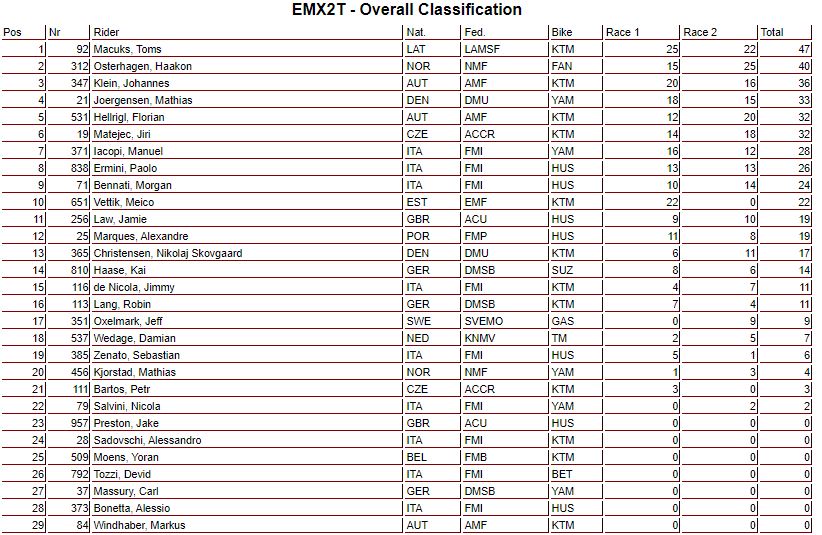